I was born with the State, in 5708. The heroic narrative of Israel, miraculously risen from the ashes, was planted in my marrow. In the heady summer of ’68, I made my first visit. I flew from Athens, dropped my bags at Aunt Betty’s, and made straight for the Kotel. It was Friday, and that evening I went to the Hebrew University Hillel, on Balfour Street. After the davening I saw people milling around an elderly man whom I failed at first to recognize. And so it came to pass that on my very first day in Israel, I shook the hand of President Zalman Shazar (1889–1974), journalist, poet and historian, sentimental scion of Chabad—and unabashed aficionado of Shabbtai Zevi (1626–1676), the underrated false messiah.

Twenty years later, I made aliyah from the opposite pole of modern Jewish dreaming: Hollywood. I traded Malibu for Jerusalem, smack in the middle of the First Intifada. “Why on earth would a working screenwriter do such a crazy thing?” marveled the young woman sent by Yediot to interview me. “Livnot u’lhibanot,” I replied. “To build and be rebuilt? You believe that stuff?” I did. At 70, I still do.

In 1899, in a startling essay in the American Hebrew titled “The Family Affliction,” Theodor Herzl described his Zionism: “We have stepped in as volunteer nurses, and we want to cure the patients—the poor, sick Jewish people—by means of a healthy way of life on our ancestral soil. . . . When we live there again, we, too, will enjoy a good name!”  Herzl famously saw himself as a messianic figure, and not always with ambivalence. In his utopian novel Altneuland, the protagonists enjoy an opera called Sabbatai Zevi, for which Herzl provides a helpful logline: “Even his enemies were overawed by the personality of the leader of the masses.” The leader soared, then died at 44, in 1904. Rav Abraham Isaac ha-Cohen Kook, newly arrived in Jaffa, eulogized Herzl as “Mashiach ben Yosef,” the suffering harbinger of the Davidic redeemer. Other rabbis were duly horrified.

In 1950, while serving as Israel’s first minister of education and culture, Shazar published a touching, elegant memoir called Kokhvei Boker (Morning Stars). Born Shneur Zalman Rubashov (he adopted his acronymic surname only at age 60), he grew up in a Chabad family in a village called Steibtz, in White Russia. His father, a pious, well-read merchant, leaned toward Zionism. The father’s wealthy friend Reb Mendel, a supporter of the fiercely anti-Zionist town rabbi, warned him: “It is a very serious matter. God forgive me, but the end of Dr. Herzl may easily be like Shabbtai Zevi.” This was the first time Shazar heard that name.

At age 18 he went to Saint Petersburg, where he studied under Simon Dubnow, then writing his 10-volume World History of the Jewish People. Dubnow, wrote Shazar, held that “all Jewish history constituted a single human creation, each period being rooted in the one preceding it.” In his twenties, Rubashov trained as an academic historian in Freiburg, Strasbourg, and Berlin, where he roomed at the same Jewish boarding house as Gershom Scholem, eight years his junior. At meetings of Zionist youth, “Rubashov was a spellbinding, often ecstatic speaker,” Scholem wrote in From Berlin to Jerusalem. “We had never heard anything like it, and the most remarkable thing of all was that he really had something to say.”

And not merely on the subject of Zionism. Throughout his life, Rubashov produced a variety of articles in exquisite Hebrew about Sabbateanism. The first, “The Messiah’s Secretary,” was published in HaShiloach in 1913. The young author explored the career of Samuel Primo, who zealously promoted Shabbtai’s abolition of the Tisha b’Av fast, but eventually became a fierce rabbinic opponent of the movement. Just as historians have begun to re-evaluate Hasidism, Rubashov declared, they should appreciate the vital “sap” of Sabbateanism, its power to inspire the Jewish nation.

Shazar’s scholarship merited no fewer than 14 footnotes (picky on occasion) in Scholem’s magisterial Sabbatai Sevi: The Mystical Messiah. His biggest project was published only posthumously: an annotated Hebrew translation, from an original Yiddish manuscript (given him by Bialik), of Bashraybung fun Shabsai Tsvi, a narrative penned in early 18th-century Amsterdam by one Leyb ben Ozer.

Let’s face it, Herzlian Zionism needed that messianic buzz, which is why the “Uganda plan” was a nonstarter. The wittiest salesman of territorialism was Herzl’s friend and ally, the Anglo-Jewish author Israel Zangwill. Amidst the post–Balfour Declaration euphoria, he bemoaned: “There is, indeed, much in common between these hysteric and hyperbolic manifestations and the popular frenzy that attended . . . Sabbatai Zevi.” And this masterful sentence: “Zion is a bride who after her divorce from Israel has been twice married to Gentiles—once to a Christian and once to a Mohammedan—and when Israel takes her back he will find his household encumbered with the litter of the two intervening ménages.” Putting it bluntly: “Zionism is not safe even from the restoration of animal sacrifices.” Zangwill would not be shocked by today’s Temple Mount fantasists.

A tsunami of punditry—“Whither Israel at 70?”—clogs the mind. Was Reb Mendel of Steibtz right all along? And if Zionism was Sabbatean, is that so terrible?

In 1924, Zalman Rubashov made aliyah. The next year, he went to work for a new newspaper, Davar. In July 1925, on the eve of Tisha b’Av, he wrote an editorial entitled “Yom Shabbtai Zevi.” Tradition holds that the messiah would be born on the lugubrious ninth of Av, and if we Jews were “b’nei shoresh,” fully rooted in our history, we would honor Shabbtai Zevi on this, his 300th birthday. (Whether we should fast, he doesn’t say.) Shabbtai built a “popular movement such as the golah had never known.” He “overcame the diaspora, vanquished the medieval nature of Judaism, and forced open the gates of a new Hebrew history.” He “struck new fire from the eternal rocks of religion, to redeem the people and the individual.” In other words: The Great Pretender was a tragic Promethean hero who ignited an enduring revolution. Writing in Hebrew in secular Tel Aviv, Shazar boldly spun a messianic fiasco into a Zionist manifesto.

Several years ago, the Israeli historian David Assaf posted a blog about Scholem and Rubashov. In 1937, when Scholem published “Mitzvah ha-ba’ah b’averah” (“Redemption through Sin”), the seminal article that evolved into his monumental biography, he gave his old friend an offprint with a mischievous inscription: “To the last Shabbtai-Zvinik Zalman Rubashov / From a heretical believer and loyal admirer (ma’amin kofer v’ohev ne’eman).” In his blog, Assaf noted that in Yiddish the idiom Shabbtai-Zvinik—“Sabbatean”—also means “hypocrite.”

Shazar was anything but. On a state visit to America in 1966, he went to Brooklyn to see the Lubavitcher Rebbe. Israeli critics carped: This was unbecoming; the Rebbe should come to the president. They failed to understand that the unorthodox Shazar was a warm Chabadnik at heart, true to his roots. He served two five-year terms, until May 1973, and died the following year. Scholem delivered a tribute at the shloshim: “In a certain sense, it was Shazar’s personal tragedy that he was unable to fulfill his destiny as a historian . . . The scholar and statesman within him strove to dwell together but could not find balance and compromise.”

I met him only once, on Balfour Street, but beg to differ. Leafing through the Sabbatean studies of Israel’s third president, I hark back to his mentor Simon Dubnow, who wrote in 1893: “We recount the events of the past to the people, not merely to a handful of archaeologists and numismaticians. We work for national self-knowledge, not for our own intellectual diversion.” Some historians do it best on the page, others on the stage of Jewish history. 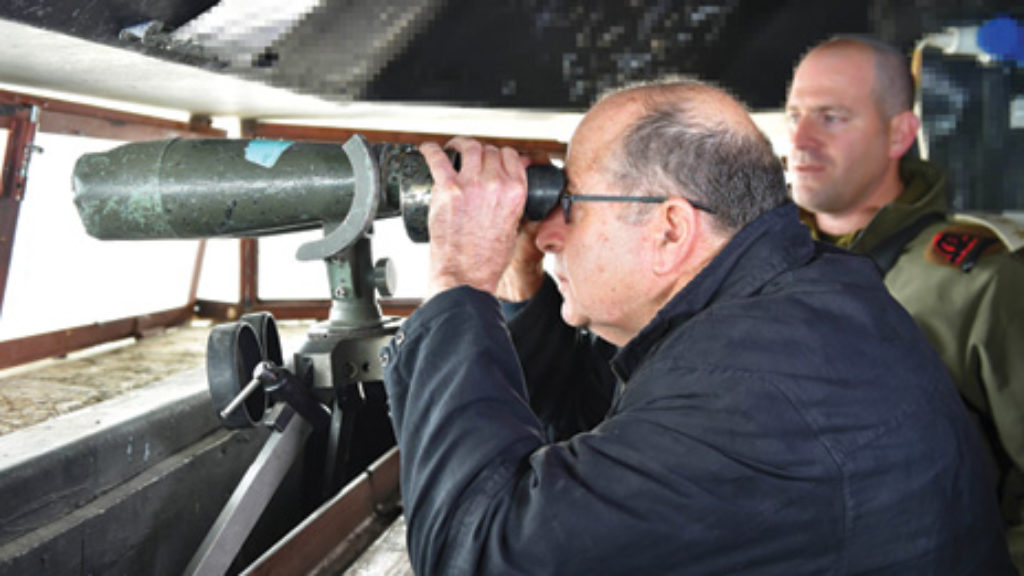 Israel’s Northern Border and the Chaos in Syria: A Symposium

In the four-plus years since the Arab Spring, regimes have fallen, alliances have shifted and re-shifted, and new (and terrifying) actors have appeared on the scene. The diplomatic and strategic assumptions of several decades seem to have been upended. Nowhere is this more dramatically apparent than across Israel’s northern border. What, if anything, should Israel do about the Syrian crisis?