Hasidic Art and the Kabbalah

For many Jews living in 19th-century Eastern Europe, a personal crisis would have prompted a pilgrimage to one of the region’s burgeoning Hasidic courts. These pilgrims arrived en masse, often on foot, bearing petitions and “redemption” money in return for blessings and advice from the rebbe (tzaddik). At certain courts, the rebbe’s closest devotees (Hasidim) brought special silver coins for him to bless. Some would tuck these shmire (talisman) coins under their pillows to ward off disease. Others would collect them and have them melted down and forged into shmire cups engraved with fiery lions, deer, or eagles.

What these coins, cups, petitions, and pilgrimage sites demonstrate is that the popular mystical movement known as Hasidism has a crucial material dimension. This may be traced all the way back to the movement’s originator, Rabbi Israel ben Eliezer, the “Ba’al Shem Tov,” an 18th-century practical kabbalist whose novel mystical world view exudes a magical sensibility. Everything contains sparks of the divine, he and his disciples taught; therefore, everything—even material things—can be sanctified. Certain objects, spaces, and places, however, can attain an extra level of holiness and harbor unique potency.

Historians of Hasidism have tended to highlight the movement’s charismatic rebbes and ingenious teachings, which still retain the power to inspire and occasionally infuriate. But Hasidism’s material side has been relatively neglected. Two new books provide a glimpse of that less explored dimension. Furnished with sumptuous photographs and illustrations, each represents as much an aesthetic as a scholarly achievement.

Batsheva Goldman-Ida’s Hasidic Art and the Kabbalah sets up a visual feast that recalls the ancient Tabernacle or Temple vessels while, at the same time, expanding our notion of the sacred. The reader is treated to a procession of ornate Hasidic prayer books, kiddush cups, Seder plates, Sabbath chandeliers, prayer shawl ornaments, women’s bonnets, pipes, snuffboxes, amulets, shmire cups, and chairs, or more properly, thrones, each of which Goldman-Ida decodes by means of kabbalistic and Hasidic texts. Lest we soar too high, however, she reminds us that ritual “anchors the participant in physical reality by means of touch, which is the first, most basic, sense by which we relate to the physical world.”

What exactly constitutes a sacred object can be rather surprising. Seder plates and prayer shawls, to be sure. But pipes, snuffboxes, and chairs? This sacralization of functional objects illustrates Hasidism’s infectious optimism about the potential holiness of all things. That optimism even extended to non-Jewish decorative art forms like galanterie (luxury objects) and Russian lubok (folk) prints, which heavily influenced the designs of multitiered, intricately engraved Seder plates. From the Hasidic perspective, the foreign art forms were redeemed through their incarnation into ritual objects.

Judaism is famously aniconic; God is simply not to be artistically depicted. Yet the urge to visualize the invisible God is hard to shake, and, as Elliot Wolfson has observed, it can yield rich symbolic depictions that allow God to be seen and yet not seen. Hasidic artists and artisans were particularly creative in this regard. Each of the objects detailed in this pioneering contribution to Jewish art history alludes to an aspect of the divine for those who are in the know.

Invoking manifold kabbalistic and Hasidic texts, Goldman-Ida lets us in on the secret. The letters in a prayer book rendered in unique calligraphy, we learn, hint at the letters with which God spoke the world into existence. The cherubs crowning the Hebrew word for crown on the page opposite the Kedushah prayer remind human worshippers that they are crowning God as they recite it. Kiddush cups in the form of apples gesture at the supernal “orchard.” Seder plates and hanging Sabbath lamps portray the 10 emanations of God (sefirot). A prayer shawl ornament (atara) evokes the crown that angels weave from our prayers and place on God’s head. The rebbe’s pipe helps him uplift soul sparks and reenact his own entry into the divine realm. Goldman-Ida explains:

As smoking is amorphous, it may reflect supernal worlds that the intellect cannot comprehend. Hence the Hasidim drew a comparison between the rabbi’s smoking and his ascension to the upper worlds.

But the larger point here is that by confronting the material dimension of Hasidic worship, we are able to better appreciate how the Hasidic visual imagination rekindled the mundane, physical realm and bolstered Jewish morale in Eastern Europe. The idea that no place is empty of the divine and that we can therefore worship through corporeality yielded a huge stock of sacred objects. Their mainly anonymous male and female creators helped make the long exile seem less bleak.

Hasidism’s reenchantment of the material world extended to geography, as well. The emergence of a whole network of Hasidic courts, prayer halls, yeshivas, and pilgrimage sites in Eastern Europe and beyond is portrayed with great resourcefulness in Marcin Wodziński’s Historical Atlas of Hasidism. By means of detailed, vibrant maps composed by Waldemar Spallek, sumptuous artistic and photographic reproductions, and clear historical explanations, the atlas helps us visualize Hasidism’s historical landscape.

The atlas tells a story of spectacular expansion. We see how the movement moved, emanating out of Międzybóż and Międzyrzecz toward every corner of partitioned Poland and then to the Land of Israel before the end of the 18th century. Other maps reflect how Hasidic leaders began to multiply. This does not necessarily mean that more Hasidic leaders in a given region equaled more followers—as Wodziński admits, certain leaders had few rivals, making their regions appear less Hasidic on the maps. But the extraordinary increase of Hasidic courts in the space of a century suggests a cultural coup, a transformation of Eastern European Jewry.

Several of Spallek and Wodziński’s maps reflect real ingenuity. Who would have thought to produce a map of the socio-economic status of Hasidic groups based on contemporaneous accounts of each dynasty’s relative affluence? Or a series of layouts of Hasidic courts and prayer halls in various towns? Yet here they are, furnished with vivid photographs of spaces, places, documents, and people wherever possible. The collection process must have been painstaking.

Perhaps the most intriguing maps are those based on a tallying up of hundreds of early 20th-century prayer halls (shtiblekh) affiliated with Hasidic dynasties, which are used to gauge each dynasty’s popularity. The regional winners were (at least according to map 5.3.4) Ger, Aleksander, Belz, Chernobyl, Chabad-Lubavitch, Karlin-Stolin, and Sadagura. But popularity wasn’t everything. A map of Hasidic yeshivot in interwar Poland allows us to behold each dynasty’s investment in higher education. From an intellectual standpoint, the most prominent dynasties were thus Bobov, Radomsk, Aleksander, and Chabad-Lubavitch. Together, such maps constitute the most complete sketch of Hasidic dynastic expansion available.

In a project of this scale there are bound to be issues, and many happen to relate to Chabad-Lubavitch. The Alter Rebbe’s town of Liady (Lady) changes locations between maps, while the town of Horodok, the seat of his erstwhile mentor Menachem Mendel and a temporary Hasidic center, is missing altogether on a crucial map. Certain maps cut out large regions of Lubavitcher influence or omit key Lubavitcher courts such as Rostov, Leningrad, and Otwock. In the chapter on Soviet-era Hasidism, the sixth Lubavitcher Rebbe’s famously heroic underground activities go unmentioned. And Chabad headquarters, the iconic “770,” should really be counted as a New York pilgrimage site. Your local Chabad rabbi may be upset.

He will gain some consolation, however, from the astounding two-paged map of Chabad Houses across the globe today. What is so impressive about this and other maps in the atlas is that contemporary Hasidism is shown to be thriving despite the devastating setbacks of the previous century.

If you are an avowed secularist, these maps might even make you a bit nervous. But you will have to admit that Hasidism’s defiance of our assumptions about the inevitability of secularization is interesting, at the very least. Thanks to both books, we can begin to visualize one of the most unexpectedly vibrant phenomena of Jewish modernity. 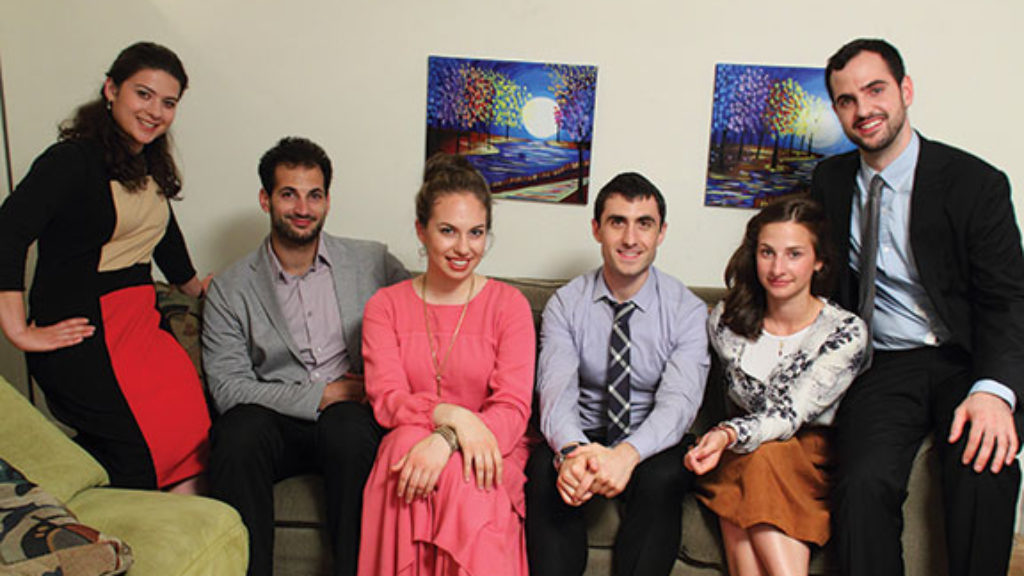