Dignity is a key term in many constitutions and human rights documents, evidently providing some of the conceptual architecture for claims about rights and liberties. Thus, the Israeli Basic Laws (chukei ha-yesod), Israel’s incipient constitution, speak of the “dignity of man and his liberty” (kavod ha-adam ve-cheruto); the German Basic Law (Grundgesetz) proclaims that “human dignity (die Würde des Menschen) shall be inviolable.” But what does “dignity” mean? What kind of property does it denote? Is it something about us that anchors our rights and our claim to respect, or is it simply a way of talking about what it is to be treated with respect? Does dignity justify respectful treatment of others, or is it merely a linguistic afterthought, a rhetorical echo of such treatment? Does the term bear moral weight?

Perhaps dignity means too many different and competing things to have a clear role. People who are in favor of euthanasia speak of death with dignity, while their traditionalist opponents argue that it is precisely dignity that precludes the taking of one’s own life. Pope John Paul II taught that the embryo, from the instant of conception, has dignity. Dignity is a key concept in the moral discourse of the church across a broad range of issues. Meanwhile, gay Catholics in the United States have taken the term as the name for their organization (DignityUSA), a group that is fiercely opposed by the Church hierarchy. One might be excused for thinking that dignity obscures more than it reveals.

So it is no surprise when the philosopher Ruth Macklin calls dignity a “useless concept” or the psychologist Steven Pinker writes of “the stupidity of dignity.” Indeed, there are many contemporary philosophers and ethicists who find any assertion of specifically human dignity downright pernicious. Human dignity is the mark of “speciesism.” To defend human dignity is therefore to take an immoral, self-regarding view of human worth vis-à-vis other creatures—so say Peter Singer and some other animal rights theorists. (Martha Nussbaum would rescue dignity by broadening its range: “Equal cross-species dignity,” she says, “is an attractive idea.”) For others, talk of human dignity shuts down options that ought to flow from human freedom and autonomy. Dignity seems captive to a conservative moral agenda with restrictive designs on sexual, reproductive, and end-of-life choices.

In two important new books, both Michael Rosen and George Kateb are fully aware of such challenges, but nonetheless each seeks to defend strong versions of human dignity. Rosen does so by tracing several distinct historical strands of the concept in Western thought, eventually settling on a version of Kant’s defense of dignity. Kateb also draws on the rich legacy of Western literature and philosophy to advance his argument, but he works in a more purely constructive, less historical mode.

Rosen shows that dignity—from the Latin dignitas—had a double meaning. It was both a status term, indicating a rank (high-born, for example) or a manner of comportment (serious rather than foolish), and a claim about a “transcendental kernel” of worth that sets humans apart from animals. Both of these strands can be found in Cicero’s Stoic philosophy. Thus, dignity could be used to contrast some human beings with others, and it could be used to signify the value of all human beings as such. These two strands always stand in tension with one another. When dignity indicates status, some human beings are dignified, while others are not. When it indicates something essential, all human beings have it in some mysterious way.

These two meanings persisted in Christian usage where, according to Pope Gelasius, the Catholic Church has a higher dignity than the state; the pope has a higher dignity than the emperor (in the sense of status); but all human beings, especially the poor and humble, have dignity (in the sense of transcendent worth). As Catholicism knit these strands together, in Rosen’s telling, dignity did not imply equality. Dignity was compatible with a hierarchical, non-democratic ordering of society. Everyone had a dignity requisite to his role, the butcher no less than the king. But some humans were more noble than others and properly so. The Catholic Church did not bring the two strands into harmony until Vatican II in the mid-20th century. Its embrace of the equal dignity of all persons reflects an acceptance of democratic norms.

A third strand entered the Western discourse with Thomas Aquinas, who wrote of dignity as the intrinsic goodness of a thing. Thus, all creatures, insofar as they reflect divine goodness, and some practices, such as piety or learning, insofar as they honor God, possess dignity. Dignity is thus broadened to include animals and activities in a vision that is still compatible with hierarchy. To say, for example, that animals have dignity is not to imply that they have equal dignity with human beings.

These strands come together in Kant, for whom all rational beings have dignity (Würde, cognate to the English word “worth”) insofar as they are capable of morality. Morality is a dignity-laden practice, fidelity to which allows us to appreciate our inner worth, our transcendent kernel of value. It levels status distinctions and puts to rest the age-old tension between the two concepts of dignity. When we revere the moral law, we respect those beings—ourselves—who are capable of fulfilling it. In this we find our unconditional worth, our dignity.

Rosen goes on to show how Kant’s morality-based idea of human dignity has served in tandem with Catholic conceptions as the basis of some important European legislation, with predictable results. Since Kant’s approach is allied with the ability of human beings to act autonomously, it entails being rational and adult, while the Catholic approach requires that non-rational humans (such as fetuses) and other creatures have dignity.

Rosen concludes with an argument for respecting the dignity of the remains of deceased persons. Why, after all, should such remains—which no longer constitute a person and can neither be harmed nor benefitted by our treatment of them—receive any special treatment? Rosen’s answer is reminiscent of Kant’s infamous view that it is impermissible to tell a lie, even if it would save someone’s life. For Kant, one must follow the imperative of honesty, come what may. It is one’s own dignity that one would damage by lying to a murderer about the location (when one knows it) of his intended victim. For Rosen, one would injure one’s own dignity by acting in ways that fail to express respect. The corpse as such no longer has dignity nor does it make a strong claim of respect; we, however, have a duty to act in ways that show respect. Our own dignity is on the line.

In contrast to Rosen’s Kantian account, George Kateb argues that morality cannot fully encompass human dignity. Kateb distinguishes between moral values and “existential values.” Morality, in his view, is a matter of preventing harm and mitigating suffering or, to put it more positively, of treating others as we would wish to be treated. The writ of morality ends where harm is prevented and suffering, within reasonable limits, is lessened. Kateb asks us to imagine a “brave new world” where people are generally happy, unmolested, content with their narrow, chemically enhanced lives. Such a world would not be immoral, in his terms. It would, however, be deeply flawed. Thus, Aldous Huxley’s famous dystopia would offend against “existential” values, not moral ones, and it is in terms of both that human dignity is properly understood.

According to Kateb, the “existential” value of human dignity marks a distinction between human beings and all other creatures. Humans are the only species that is not wholly natural. Humans stand partially above nature. This is evident in our ability to communicate in complex ways through language, our ability to think about the world and our role in it, the inward dimension of our consciousness, and our liberty to act apart from an instinctual script. We are, as it were, the organs through which nature, which has produced us through the accidents of biological evolution, comes to know itself.

Moral value reveals our fundamental equality as rights-bearers. But existential value reveals our stature. Our status is one of radical equality vis-à-vis one another but one of superior status and hence stature vis-à-vis nature. Both of these normative dimensions, the moral and the existential, are jointly required to secure the full logic of dignity. Violating a person’s rights is immoral, but it is also evil. Evil enters along the existential axis: To diminish human status, to offend against human stature, goes beyond morality into what, if Kateb were not militantly secular, he might call sin.

Kateb is concerned lest his claims on behalf of the more than natural status of humanity be taken as a license for species-wide self-aggrandizement. His solution is to justify humanity’s superiority to animal nature in terms of the value of serving nature. Despite its appalling treatment of nature since the Industrial Revolution, humanity must now express its dignity in stewardship of the natural world. We are not only—through our rational consciousness—a means whereby nature comes to know itself; we must also be agents who protect and preserve nature. Thus, alongside the work of morality, both private and public (as embodied in conduct and policies that respect human rights), human beings need to take their place in the natural world as its responsible and dignified servants.

Kateb’s proposal would seem deeply indebted to the biblical tradition. The existential value that sets us apart from nature recalls the imago dei, the image of God that links us to transcendence while rooting us in embodied mortality. The raison d’être of human life as service to nature recalls the narrative of the primeval pair of humans who are placed in a garden that they are to keep and tend. Yet Kateb’s book is marked by an overt hostility to the Bible and indeed to any religious vision. At first he argues that we must do without religious props for human dignity on tactical grounds, since many people are no longer religious. But this soon gives way to the argument that religion actually vitiates human responsibility by undermining the wonder that we should feel toward nature. Although Rosen tends to slight the biblical foundation of the Catholic view, he at least acknowledges the contribution that Western religion made (and makes) toward propounding and defending dignity. Kateb sees religion as, at best, a distraction.

Rosen’s book is lively, useful, but not, in the end, profound. Kateb’s book is provocative and deep, but it will also be deeply unsatisfying for a committed Jew or Christian. A contemporary Jewish philosophy worthy of the name ought to offer a counterargument. 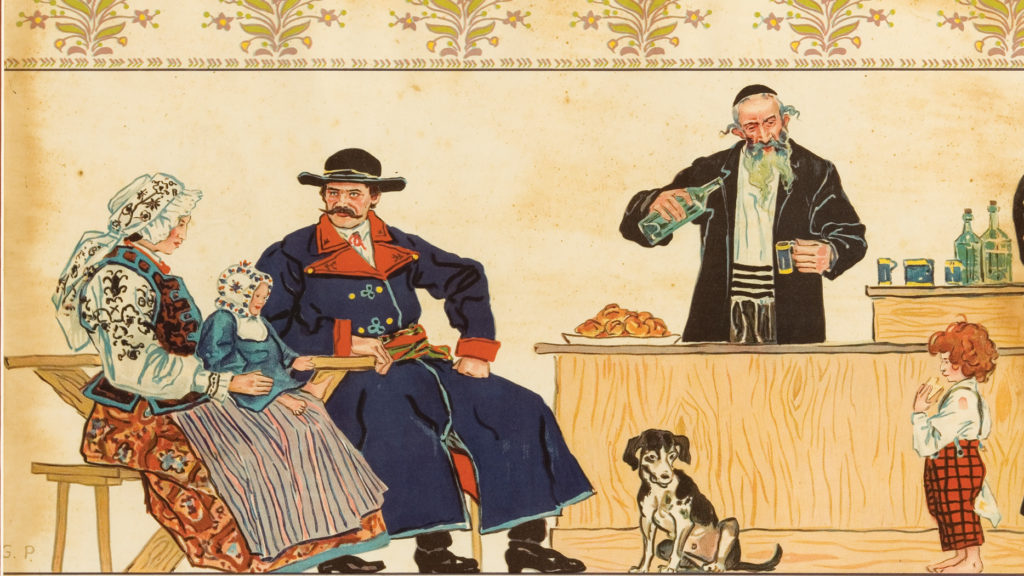 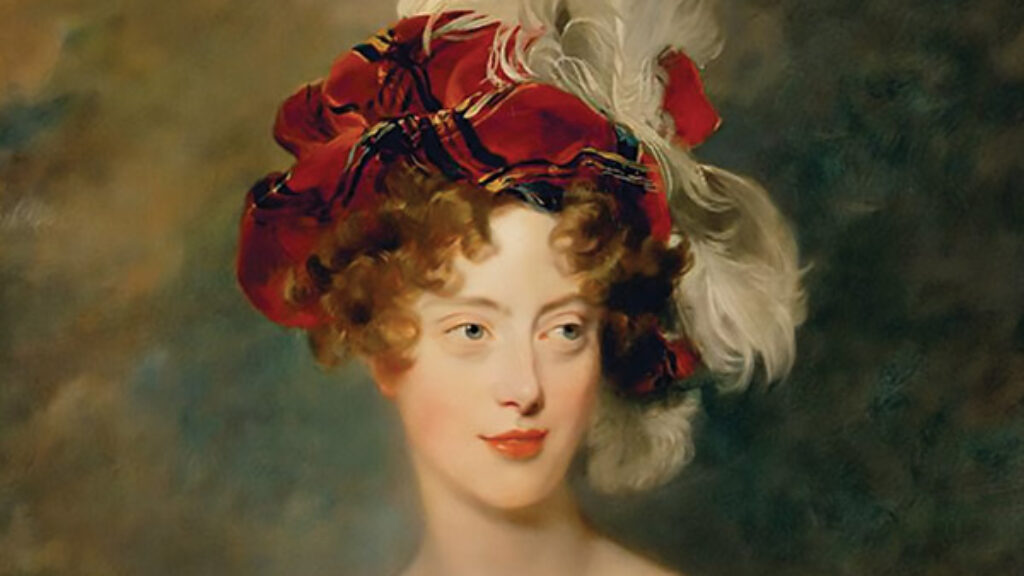 A Tale of Two Exiles

What did a seditious Sicilian duchess and the heretical son of a chief rabbi have to do with the beginnings of French antisemitism?