The Lions’ Den: Zionism and the Left from Hannah Arendt to Noam Chomsky

Why are “Zionism” and “Left” now seemingly incommensurable terms? Why do so many left-wingers who ostensibly stand for national self-determination for all peoples demand instead that a single nation-state, the little Jewish one, be brought to an end? Why do they anathematize Jewish nationalism as “racist” and “settler-colonialist,” even comparing it to Nazism, while welcoming Arab nationalists and even Islamists as “part of the global Left,” which is how the social and cultural theorist Judith Butler described Hamas and Hezbollah, despite the program and practice of both organizations being palpably fascistic? And why are Judeophobic forms of “anti-Zionism,” once the smelly preserve of the Soviet Union, now spreading so fast on the global Left (not least in the British Labour Party) that many Jews are experiencing left-wing surges as anti-Semitic purges?

If the impact of Israel’s 52-year control of the West Bank on the Left in general is one cause of the estrangement, Susie Linfield’s book exposes the intellectual roots of the other, and surely larger, cause, the self-immolation of much of the Left itself once it abandoned Enlightenment reason and the values of the 18th-century democratic revolutions in favor of political fantasies, inchoate anti-Western negativism, and armchair bloodlust toward Israel.

Linfield’s book shows how the ground was laid for the Old Left’s socialism of fools to morph into the New Left’s anti-imperialism of idiots. She sets out the prehistory of the Left’s sad trek from “liberté, égalité, fraternité!”to “We Are All Hezbollah Now!” through critical studies of the often-tortured engagement of eight intellectuals with Zionism and Israel—two Europeans, Hannah Arendt and Arthur Koestler; four socialists, Maxime Rodinson, Isaac Deutscher, Albert Memmi, and Fred Halliday; and two Americans, I. F. Stone and Noam Chomsky.

While it is customary to trace the Left’s bitter divorce from Israel to the Six-Day War of 1967, Linfield shows that in some cases the relationship breakdown began earlier, in the late 1950s, when the New Left, having given up faith in the Soviet Union, decided anticolonialism is socialism, as Albert Memmi, who opposed this turn, framed it. This was an intellectual disaster from which the New Left has never really recovered.

Linfield quotes from a 1958 essay by British Marxist Harry Hanson in the New Reasoner to show how that terrible idea led the Left astray. About the Arab nationalist movement, Hanson wrote, “Despite its . . . exaggerated xenophobia, its apparent resemblance, in certain of its aspects, to Fascism or Nazism, and—most serious of all its vitriolic hatred of Israel—it is fundamentally and essentially a progressive movement.”

The notion that fascistic nationalism could now be objectively progressive because it was “anti-imperialist” became “foundational” for the Left, says Linfield. It merged with an older notion, held by many Marxists since Marx himself, that while individual Jews were acceptable enough, the notion of Jewish peoplehood was a reactionary anachronism that should be dissolved forever in the solvent of progressive universalism. Only now it was Israel that was to be dissolved.

Linfield shows how Albert Memmi, a Jew whose experience after Tunisian independence of ostracism and expulsion in the 1950s led to his embrace of Zionism, identified this spurious universalism as a “betrayal of the Jews” that had become “intrinsic to Left politics.” What was so painful to him was that this betrayal had taken place “within the very movement in which so many Jews had placed their hopes and for which they had sacrificed, fought, and died.”

The consequences for the Left of this combination of attitudes have been legion, and they have all been baleful. Linfield’s book can be read as a study of how some of her subjects (Arendt, Koestler, Rodinson, Stone, Chomsky) prepared the way for two of those bad consequences, while others (Memmi, Halliday, and to some extent Deutscher) came to see the need to challenge both.

First, Linfield shows that the consequence of being in thrall to reactionary anti-imperialism was the Left’s “calamitous obliviousness” to reality,along with its “treacherous readiness to substitute ideology, wishful thinking, or sheer fantasy” for it. For example, after registering the many achievements of the French communist Maxime Rodinson, she shows that, perhaps more than anyone else, he taught the Left to see the Zionist sin as the original sin; Arab hatred and terrorism as always reactive and always, therefore, justified; and to think that servility to the mythical “Arab masses” (so often swathed in “idealization or ignorance”) was the Left’s duty.

Most of Linfield’s portraits are studies in the forms taken by this dogma-drenched refusal of reality. Maxime Rodinson insisted that assimilation had been a roaring success only a few years after both his parents were murdered at Auschwitz. Hannah Arendt, with her signature combination of the unworldly and the imperious, chose the war years to high-handedly instruct the Yishuv to embrace “ludicrously chimerical” proposals for Palestine’s future that would set aside the idea of Jewish statehood in favor of “solutions that were shockingly heedless of history, culture, and political realities.” (Linfield tells us that the political philosopher Judith Shklar said that Arendt’s ideas on nationalism were “immune to evidence.”)

Noam Chomsky has been instructing us since 1976 that the PLO, Hamas, Hezbollah, Iran, and the Arab states have all been working hard for the two-state solution only to have their efforts blocked by Israel and the United States, a claim Linfield dismantles piece by piece. Indeed, she shows that Chomsky’s inaccuracies about the conflict are “so numerous and ideologically consistent” that they cannot be considered errors in the normal sense. Rather, his Manichean history “demands that he cleanse away, misrepresent, ignore, and deform an immense amount of evidence.” Over several pages, Linfield refutes a large and illustrative set of Chomsky’s false claims. His standing would not recover from her coolly devastating critique of what she calls “Chomskyland” if our intellectual culture had not already sunk so near to his level.

Linfield’s prose, by the way, is itself quite often coolly devastating. I especially enjoyed her five-word critique of binationalism—“It died for a reason”—and her mordant observation about I. F. Stone’s claim to have been a persecuted Jewish “dissident” in the United States, that, “Being shunned by the B’nai B’rith is a far cry from languishing in a Soviet psychiatric ward.” She can certainly stick them with the pointy end.

The second bad consequence of the embrace of reactionary anti-imperialism on the Left highlighted by Linfield has been the forsaking of the Left’s own foundational values. She shows how the impact of that reversal on many leftists’ approach to Israel has been almost total, dumping the Left’s old program for resolving disputed national questions—a rational effort to accommodate the aspirations of all peoples through consistent democracy—in favor of cheering on the “anti-imperialist” camp, denying Jewish peoplehood, seeking to end Jewish statehood, and replacing the old idea of international solidarity with the “toxic gift” of its own armchair bloodlust. (The funniest thing I have published in seven years as editor of Fathom was Michael Walzer’s response to Perry Anderson’s flirtation with the prospect of an Arab military conquest of Israel in New Left Review. “I was reminded reading it of an old New Yorker cartoon,” wrote Walzer. “[T]wo old men are sitting in their club, drinks in hand, and one of them, leaning forward in his chair, says to the other: ‘I say it’s war, Throckmorton, and I say, Let’s fight!’”)

While Linfield is generous about the strengths of each of the eight writers, the heroes of her book are Albert Memmi and Fred Halliday (and, to a lesser degree, Isaac Deutscher). Perhaps their writings only seem remarkable because they appear in contrast to the surrounding political idiocies. It was simply by rising to the level of political common sense that Isaac Deutscher was able to register that “the world has driven the Jew to seek safety in a nation-state,” that Albert Memmi understood the Palestinian “right of return” is in reality another way of saying “destroy Israel,” and that Fred Halliday saw plainly that the Left’s support for terror was a “relativist fantasy.”

A reviewer is obliged, or at least entitled, to nit-pick. Jacqueline Rose is not an “acclaimed British psychoanalyst” but an anti-Zionist literary and cultural critic who practices what Freud once called the “wild psychoanalysis” of the untrained, in her case diagnosing Zionism as “a form of collective insanity.” And I think it is possible to mount a defense of Leon Trotsky, who is bracketed by Linfield, unfairly I think, with Rosa Luxemburg as an abstract internationalist, mostly indifferent to the special suffering of the Jews. By contrast, I think his long war against just about every iteration of anti-Semitism, religious and secular, left and right, culminated in such a radical rethinking of “the Jewish question” that he became a sort-of Zionist, as I have recently argued at length elsewhere. Yes, he was completely wrong to think that only an international socialist revolution could deliver what he now favored—a territorial solution to the Jewish question, a mass migration, a national homeland, a state, and a “rich spot in the sun” for the Jews (as for the Arabs)—but what he ended up favoring does seem to me to be a sort of Zionism.

As Linfield makes clear from the very beginning, she is herself a leftist, a critic of Israeli policy whose experiences on the West Bank have on occasion left her “ashamed to be a Jew.” Her book is not a repudiation of her comrades but a powerful critique of their flaws that could become a precious resource for a future decent Left. It rehabilitates two elements: due respect for the tragic dialectic of history and for the value of compromise (with reality and between the peoples). I share her cause: a Left that leaves Chomskyland behind to live responsibly, inside history. But I wondered if my own fear didn’t also suffuse this essential but anguished book: Our cause may well be lost. 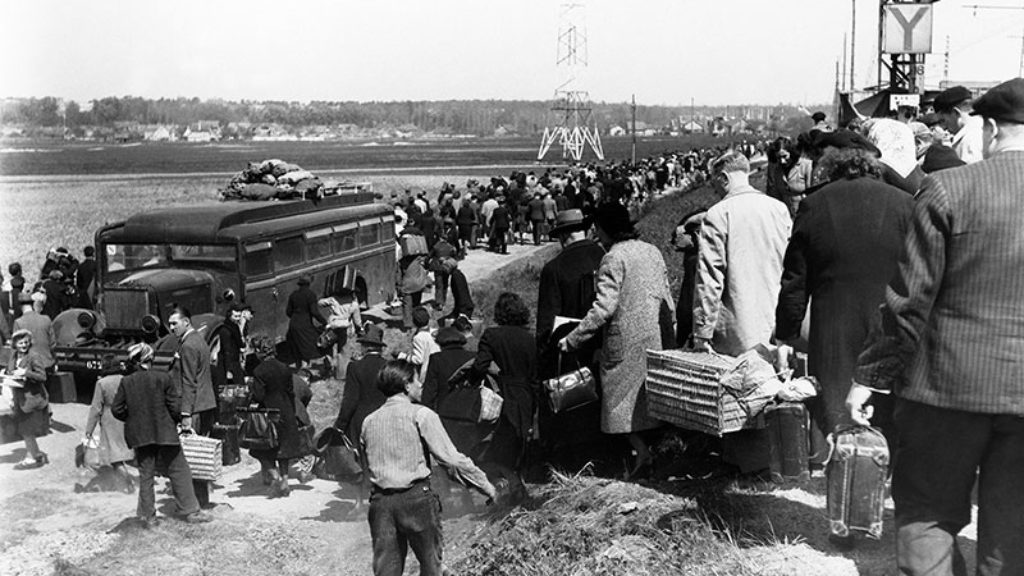 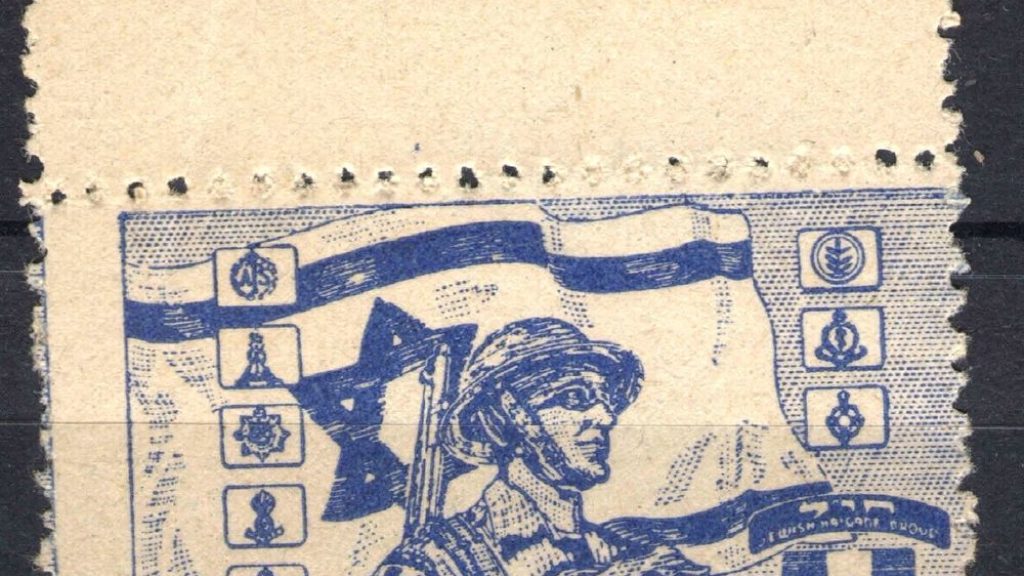