It is not every day that the Chief Rabbi of Britain, Sir Jonathan Sacks, is found by the Supreme Court of the United Kingdom to be guilty of racial discrimination, but that is what happened in the recent Jewish Free School (JFS) Case.

The facts of the case are as simple as the underlying legal, religious, and cultural issues are complex. The Jewish Free School, founded in 1732, is Europe’s largest Jewish secondary school and one of the best schools in London. Moreover, as a state-funded school, it is literally free. As a matter of policy, JFS gives preference to Jews in its admissions decisions. Since the number of Jewish applications consistently exceeds the places available, non-Jews are, in effect, excluded. No one contests the right of JFS to do this. By law, Catholic schools can give preference to Catholics; Muslim schools to Muslims, and so on. The law also allows such schools to determine eligibility by reference to religious “membership or practice.” But there is no exemption for discrimination on grounds of race.

The legal limits of JFS’s policy were recently tested when a twelve-year-old boy, identified in court documents as “M,” applied for admission to the school. M’s mother, who is Italian Catholic by birth, converted to Judaism through a non-Orthodox rabbinic court. At the time of his application, M was living with his father and although the two of them were members of a Masorti synagogue, M was denied admission because Chief Rabbi Sacks, whose authority is recognized by JFS, did not recognize the conversion of his mother as valid, rendering M not Jewish, by extension.

In determining whether M was Jewish, the Chief Rabbi, as head of the United Synagogue, applied the criterion of “membership in the Jewish people” rather than that of “the practice of Judaism.” Membership was determined by traditional norms: someone born to a Jewish mother or converted according to halakha. Since Rabbi Sacks and the United Synagogue do not recognize the halakhic authority of Masorti Rabbinic courts, M was treated as if he were a non-Jewish applicant, his family’s practice of Judaism notwithstanding. A lower court upheld the school’s right to do deny M a place, but this decision was reversed on appeal and came before the Supreme Court.

In the eyes of the Majority, this exclusion amounted to prohibited racial discrimination.

English law includes “ethnic origins” as a proxy for race, which is understood to be “appreciably wider than the strictly racial or biological.” Several criteria determine ethnicity: shared history, cultural tradition, common geographical origins, descent from a small number of common ancestors, a common language, a common literature, a common religion, being a minority within a larger community, and so on.

A group defined by reference to enough of these characteristics would be capable of including converts, for example, persons who marry into the group … Provided a person who joins the group feels himself or herself to be a member of it, as is accepted by other members, then he is [for the purposes of the law prohibiting racial discrimination,] such a member.

The Majority found that on these anthropological criteria, the Jewish people are an ethnic group.

Now, one should not condemn the British courts for construing race anthropologically and giving a non-religious definition to Jewishness. In the first place, it is consistent with the purpose of Britain’s Race Relations Act. Anti-Semites are distinctly uninterested in halakhic definitions of Jewishness, and we would not want someone who was discriminated against as a Jew to face a legal defense that—according to Orthodox standards—she was not actually Jewish, ergo it wasn’t really discrimination. Second, we do not want the legislature or the courts to be in the business of setting religious criteria for Jewishness. But we should note that a gap exists between this anthropological definition of Jewishness and a religious definition. It is possible that someone would be anthropologically Jewish but religiously not. (Many such Jews were gassed at Auschwitz.)

Lady Hale, in a lucid and succinct opinion, captures the core of the Majority’s reasoning:

There is no doubt that the Jewish people are an ethnic group … [I]t is just as unlawful to treat one person more favourably on the ground of his ethnic origin as it is to treat another person less favourably. There can be no doubt that, if an employer were to take exactly the same criterion as that used by the … Chief Rabbi and refuse to employ a person because the Chief Rabbi would regard him as halachically Jewish, the employer would be treating that person less favourably on grounds of his ethnic origin…

M was treated less favorably because he did not come under the Chief Rabbi’s definition of Jewishness, as the son of a Jewish mother. In the eyes of the Majority that definition was an ethnic and hence racial determination. The Jewish Free School was guilty of racial discrimination. Or was it?

As an internal Jewish matter, the wisdom of the Chief Rabbi and JFS’s decision to exclude students such as M calls for serious reflection. But even from the perspective of the non-Orthodox denominations, whose conversions the Chief Rabbi does not recognize, the result of the case should be alarming. All Jewish denominations accept the proposition that Jewish identity is determined by either descent or conversion, though they differ on the precise rules. Indeed, the Masorti movement accepts the same Jewish legal tradition, but interprets it more liberally. A Reform school could also face an M who felt Jewish but was not so by Reform criteria, say because neither of his parents had converted, as noted by Rabbi Bayfield, head of England’s Reform Movement in a statement cited in the Court’s decision.

Was the Chief Rabbi concerned with ethnicity as the Majority Held? To the Minority, it was clear that his concerns were not even remotely ethnic or racial. Thus, Lord Rodger in dissent:

Faced with a boy whose mother had converted under Orthodox auspices, the governors would have considered him for admission without pausing for a single second to enquire whether he or his mother came from Rome, Brooklyn, Siberia, or Buenos Aires, whether she had once been a Roman Catholic or a Muslim, or whether he or she came from a close-knit Jewish community or had chosen to assimilate and disappear into secular society. In other words, the “ethnic origins” of the child or his mother … would not have played any part in the governors’ decision to admit him … the only ground for treating M less favourably than the comparator [i.e. a son of an Halakhikly converted woman] is the difference in their respective mothers’ conversions—a religious, not a racial ground.

This is cogent but it should be noted that it is this very example given by Lord Rodger which seems to animate the Majority too. Although never explicitly articulated, the following argument seems to underlie the Court’s decision: How is it possible that the Jewish Free School and the Chief Rabbi can consider someone eligible who is an atheist, uninterested in Judaism, believes in none of its propositions, and whose main reason for going to JFS is that it is excellent and free, while rejecting a candidate such as M, who is a deeply religious, committed, and knowledgeable Jew, albeit non-Orthodox? Since the first applicant is, by definition, not religious, preferential treatment of him over M must be due to racial discrimination.

What is wrong with the above implicit reasoning? Well, nothing except that it is underwritten by a profoundly Christian understanding of religion and religious membership. It is shaped by the fundamental Christian idea of the New Covenant in which the “old” covenantal boundaries of Israelite peoplehood were dissolved, and a universal salvific message was extended to all individuals regardless of the people to whom they belonged. To quote Paul, “There is neither Jew nor Greek, there is neither bond nor free, there is neither male nor female: for ye are all one in Christ Jesus.” On this view, you are Christian if and only if you believe in Christ. This idea of religion as a matter of doctrinal conviction has shaped the Western sensibility as to what religious membership means. It is to be respected. But it is not the Jewish understanding of religious belonging. In fact it originated in a rejection of Judaism. (Paul also spoke of being circumcised in the heart rather than the flesh.) One can, as a Jewish religious proposition, belong to the Jewish people even if you have lost your faith.

What is troubling about the Majority is its sheer incomprehension and consequent intolerance of a religion whose self-understanding is different than that of Christianity. Their anthropological reading of ethnicity is suitable in the circumstances for which the Race Relations Act was intended. But when the law makes an exception for religion and the religion in question is Judaism, it should be understood on its own terms, not on Christian (or, more precisely, Protestant) terms.

But, one might protest, even if one accepted the self-understanding of the religion in question, that acceptance cannot be absolute. We would not allow child sacrifice, even if religiously mandated. What, then, if I continue to hold that the Jewish self-understanding and definition of membership—descent and conversion—just are discriminatory? In fact, this is the unstated conclusion of the Majority’s decision, and it is deeply troubling. For the most troubling discrimination I see here is the one against Jewish institutions applying religious criteria of membership. Lady Hale speaks of the Jewish “people.” The Jewish religious definition of peoplehood—descent and conversion—is no different from all of the secular definitions with which I am familiar. You are French, or Italian, or German, or Irish, or Australian or, yes, British, if you are born to a parent or parents belonging legally to that people (descent) or if you legally naturalize (conversion). Some countries add place of birth, but practically none exclude the two first criteria.

Among the rights of being British is eligibility for election to Parliament. Imagine a different M, born and bred in Britain, speaking English and feeling entirely patriotic, but, alas, the son of non-British parents whose naturalizations were invalid by extant British rules. “I am afraid, Sir,” the British election officer will say, “that until such time as you legally naturalize, you may not stand for election, which is a right reserved to Britons.” “Even to Britons,” M might protest, “who never set foot in this country, who hate it, who disparage it, who want to abolish the Monarchy?” “I am afraid so” would be the inevitable answer of the election officer in Britain and in virtually every other country.

If the majority of the Law Lords of the Supreme Court in the JFS case accept the peoplehood of the Jews, why would they hold the Jewish religious definition of membership to be discriminatory when it is similar to the secular universal practice among all other peoples?

Isaiah Berlin's influential liberalism is partly explained by his Zionism. 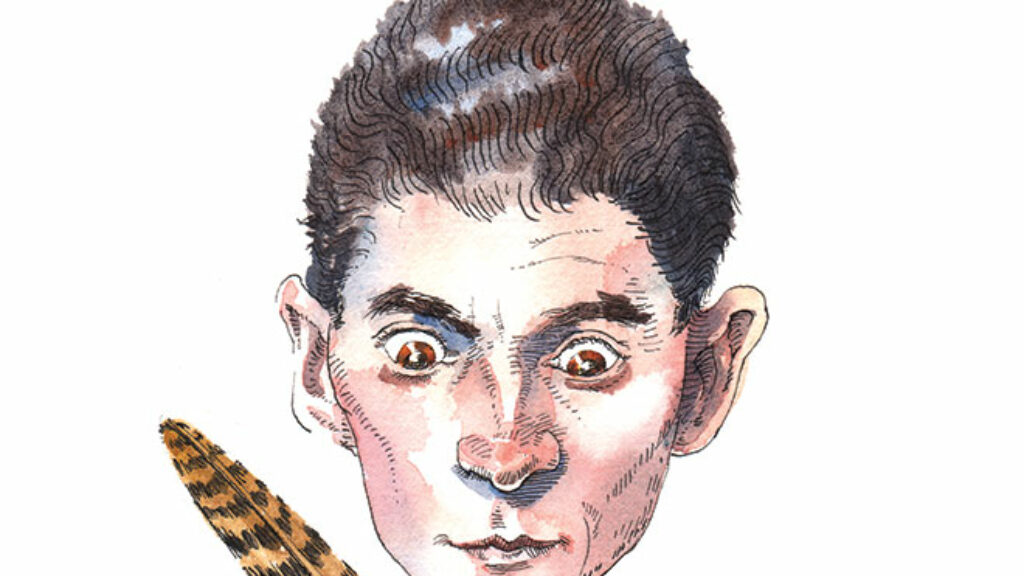