I wasn’t planning to add to the torrent of commentary on Game of Thrones, the HBO television series about feudal houses competing with swords, sex, gold, and dragons for the throne of Westeros. I read the medievalesque fantasy novels by George R. R. Martin on which the show is based but, although Martin recently discovered that he has Jewish ancestry, there isn’t much in the books connected to the questions of Jews, Judaism, and fantasy literature that I have been worrying over for the last several years.

Yet along with several million others, I recently found myself staying up until the wee hours binge-watching the final season before last Sunday’s finale. This was mainly out of curiosity as to how the television writers would conclude a series that Martin himself has not wrapped up. Fans have been waiting for years for Martin to write the final two volumes of the planned seven-book series, and the HBO show had already outpaced him a few seasons ago. There has been a lot of unhappy criticism leveled at this last season, and I can see why. The final episodes were marred by abrupt changes in character motivation, basic plot inconsistencies, and tin-eared writing. Yet the experience did offer food for thought, especially at this time of the Jewish year. But I’ll get to that.

Martin is not a writer of the first order—comparisons to Tolkien are understandable but not to Martin’s benefit—but he has a wonderful talent for plot: the production of new twists and turns. His flair for the cliffhanger is a reason for the books’ success (and perhaps also why they still await a conclusion). Sex, gratuitous torture, and zombies probably don’t hurt either.

But a deeper reason for the books’ success, and the show’s recent stumbles, is that Martin vividly portrays a world driven by the most basic human realities, including the brutal truths at the heart of all politics, ancient and modern. As Matthew Continetti wrote back in 2012:

Quite unexpectedly, Martin has emerged as the Machiavelli of the modern novel. The grit, blood, and passion in his books show human beings as they truly are, as opposed to the idealizations one finds in chivalric romances. A dispassionate analyst of the cruelty of princes, he reveals the unstable ground of absolutist rule. He is exploring, through his characters and situations, whether enlightened despotism is possible in a broken world. This isn’t fantasy; it’s a crash course in political realism.

And it’s not only politics that Martin treats with bracing realism. His books are shorn of much of our present-day, feel-good notions about the goodness of human nature, the malleability of gender, and other contemporary dogmas. The idealizations he avoids are less chivalric than progressive ones.

At their most compelling, the books and the television series offer characters who see the world and themselves through commitments to family, clan, and nation, rather than our narrow, present-day lens of atomized individuals and their arbitrary desires. “Everything I did, I did for my house and my family,” says Jamie Lannister, an admission echoed at one time or another by most of the show’s characters.

The evident fascination of so many readers and viewers with such thick social connections is worth noting. I happen to live in Portland, surrounded by people indifferent if not hostile to tradition, people who want to live their lives independently of family, religion, canons of art and literature, nationhood, biology, market behavior, and probably the laws of physics. Yet many of them are deeply invested in the continuity of House Stark and House Targaryen.

Of course, such fantasies also feature characters who rebel against their societal roles, and that too is part of the attraction. Part, but not all, as we see from a passage in which the daughter of one such venerable house, on the verge of a momentous decision, reads and reflects on her family’s chronicle:

She picked it up, started paging through, and soon found herself absorbed in reading. The entries she read were mostly simple matters that she knew well; yet each writer had picked up where his predecessor had left off, instinctively adopting the same stately, unexaggerated chronicle style, which in its very discretion spoke all the more nobly of a family’s respect for itself, its traditions and history. This was nothing new. . . she had been allowed to study these pages several times before. But the contents had never made an impression on her the way they did this morning. The reverent importance given to even the most modest events pertaining to the family’s history was inspiring. Propping her elbows on the secretary, she read with growing enthusiasm, with pride and high seriousness. . . .

And as a link in that chain, she had a higher, more responsible importance—she was called to help shape, by deeds and personal resolve, the history of her family.

This is not Game of Thrones, though, but Thomas Mann’s Buddenbrooks; the character here is Antonie Buddenbrook, the Sansa Stark of the novel. Mann depicts the disintegration of tradition and family ties in the modern world. He hardly suggests that we can turn back time, or even that it would be advisable. (The marriage proposal that Antonie, under pressure from her family, decides here to accept turns out disastrously, as Sansa might have warned it would.) Yet even as House Buddenbrook fragments and declines, Mann registers the loss of meaning, the thinning out of identity that both causes and results from this erosion. (Game of Thrones may pick up less from the Middle Ages than from the turn of the last century, when Mann wrote his ambivalent epitaph for such families and their chronicles.)

Unfortunately, the writers of the HBO series seem in the end to have been unable to sympathize with the possibility of a positive identity not reducible to a 21st-century self. This imaginative failure sounded ever louder in the characters’ speech, as when Arya Stark, rejecting her courtly role, explains “It’s not me,” or when Danaerys’s advisors repeatedly proclaim their desire to “make the world a better place” and to “leave the world a little better than we found it.” (Given that the show runners are both Jewish, I was relieved that none of the characters mentioned “tikkun olam,” but it was surely a close thing.) The Starbucks cup inadvertently left on a feasting table in one scene was widely reported as a gaffe, but it wasn’t out of place with the show’s contemporary ethos at that point.

And let’s talk about the crown, finally awarded to Bran Stark, a character whose own sister points out that he is unable to have children. No problem, say the other characters, who suddenly forget that they are in a show precisely about the bloody consequences of uncertain succession and houses without issue. And why not? Children, after all, have been reduced by the end of the show to visual tokens; rather than birthing, raising, and educating them, their purpose seems to be to allow adults to virtue-signal by deploring their suffering.

Is this a portrayal of the shift from monarchy to a somewhat more democratic oligarchy? Apparently not, since we are told that Bran will be king because he is the character with “the best story,” and “stories” are “what unite people.” We are reminded, moreover, that Bran possesses the gift of magical knowledge of the continent’s past, present, and perhaps even future. One might think that this is a brief in favor of tradition, but it is only tradition’s corrupt form. “Stories,” in the meaning the show gives them here, are unhooked from truth, from virtue and merit. They are mere narratives, in the sense of the Hollywood pitch and the political campaign. Furthermore, Bran’s magical wisdom is isolated: He does not share it with anyone, and apparently will not bequeath it to anyone.

Real knowledge is what we receive from the generations before us, live out in our lives, and transmit to our children. The Passover we celebrated last month—a slave uprising accomplished without dragons—is the very embodiment of such a dynamic interaction between past, present, and future. So is the upcoming holiday of Shavuot that commemorates the giving of the law on Sinai. There is no religious observance I find more beautiful than the tikkun leyl Shavuot, the all-night study vigil that enacts the reception of that revelation in real time today. Whenever possible, I try to be in Jerusalem for the holiday, where the streets are thronged at two and three in the morning with thousands of Jews walking excitedly from class to class, lecture to lecture, discussion to discussion. That night, we are truly the chosen people, choosing our tradition, winning the crown of Torah. Binge-learning. 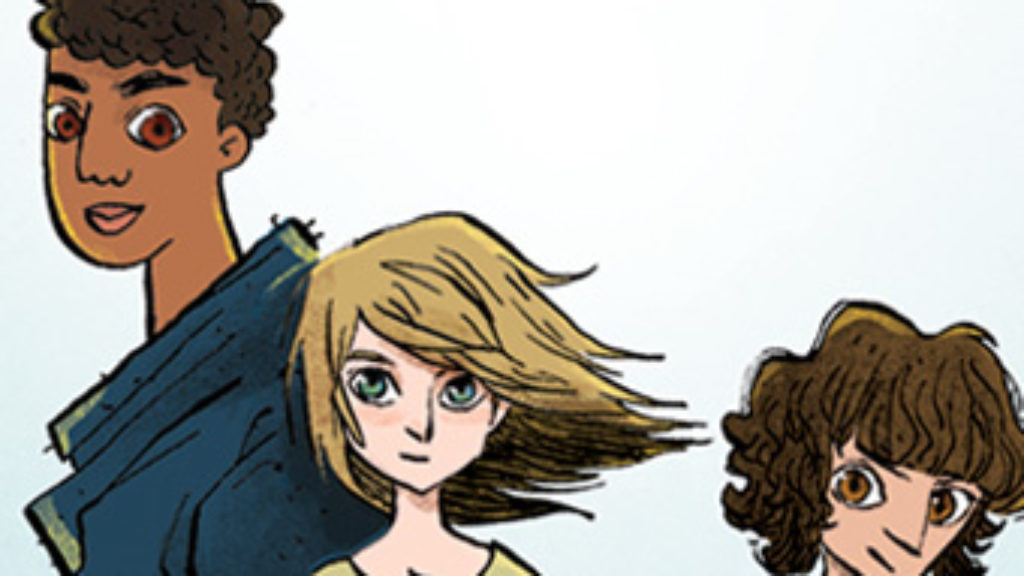 Like the medieval literature to which it pays homage, The Inquisitor’s Tale weaves in supernatural events and divine interventions, mythic beasts and wild peoples, and even entrées into medieval theology, all liberally peppered with puns and potty humor. 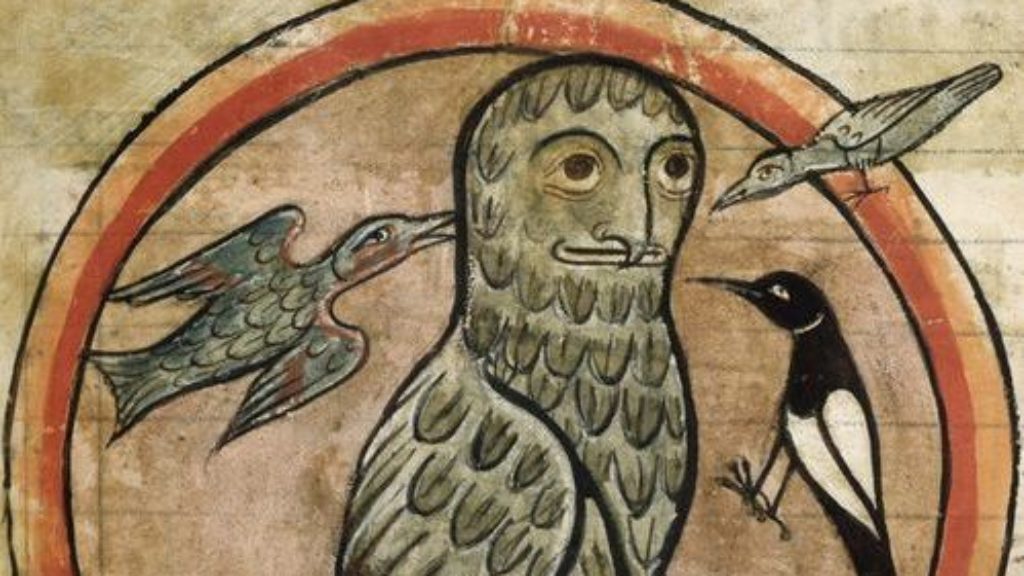 Of Were-Owls and Wandering Jews

There were two Jewish shape-shifters in my Faerie and Zion reading this month.

Kissinger, Kant, and the Syrians in Lebanon

A nugget of philosophical diplomacy.