Selfish Reasons to Have More Kids: Why Being a Great Parent Is Less Work and More Fun Than You Think
by Bryan Caplan
Basic Books, 240 pp., $15.99

From Amy Chua’s Battle Hymn of the Tiger Mother to Pamela Druckerman’s Bringing up Bébé to Mayim Bialik’s Beyond the Sling, a spit-up-like effluvium of books has been released on today’s parents, informing them that the best way to ensure their children’s success in life is to drag them to music lessons, drag them to adult cocktail parties, or drag them around in an elaborate baby wrap. Despite their contradictory advice, these books have all gotten one thing right: no matter how you do it, some aspect of parenting is bound to be a drag.

For many of us, the biggest drag may be the parenting advice itself. The oddest and most unnoticed feature of these parenting books is that they are all written by relatively inexperienced parents. All of the current parenting bestsellers are authored by people who have small-to-medium sized families—and almost none are authored by people who have actually raised children to adulthood. This is not a problem if readers merely want advice on how to make a 12-year-old practice the flute or how to make a 2-year-old stop eating deer feces, but it falls a bit short for those searching for proven ways to make children into caring and competent adults.

The sort of person I wouldn’t mind hearing parenting advice from would be more like Glückel of Hameln, the 17th-century Yiddish writer and mother of fourteen whose memoirs recount her experiences as an international businesswoman and helicopter mom. While revisiting her work recently, I found myself wishing she had expressed her thoughts in handy bullet points:

Alas, few modern parenting writers are so wise, as I was reminded while reading Bryan Caplan’s Selfish Reasons to Have More Kids: Why Being a Great Parent is Less Work and More Fun than You Think. Caplan should know: he has three children, you see, all under the age of 8.

Caplan’s book isn’t quite as chutzpahdik as its title suggests. The author is an economist, and Selfish Reasons to Have More Kids is not a personal tale but a modest economic proposal. According to Caplan, many modern parents “overcharge” themselves when it comes to their investments in their children, devoting endless energy and anxiety to raising them. But the cost of rearing children is “artificially inflated”—not because of the cash outlay for mommy-and-me classes, but because, as Caplan argues, research shows that almost nothing that parents do has any lasting effect on the adults their children become. This provocative idea is the premise of this intriguing but ultimately frustrating book.

The bulk of the book recounts research results on identical twins and adopted siblings, which consistently demonstrate the miniscule effects of nurture compared with those of nature for just about anything parents might wish for their children—health, intelligence, future income, and even more nebulous categories like happiness, character, and values. “Good kids do tend to come from good families,” Caplan concedes. “Yet contrary to what everyone thinks, the overarching reason is heredity.” Sifting through dozens of studies, Caplan summons numbers showing that identical twins raised apart are more similar as adults than adopted siblings raised together. Interviews with 8,000 adult twins in Virginia found “zero effect” of nurture on self-esteem, for instance; a survey of 15,000 Danish adoptees found that criminal behavior correlated only with the rap sheets of the respondents’ biological parents; personality tests on 500 identical Swedish twins raised together and 600 raised apart found that adult agreeableness and conscientiousness corresponded overwhelmingly to genes. 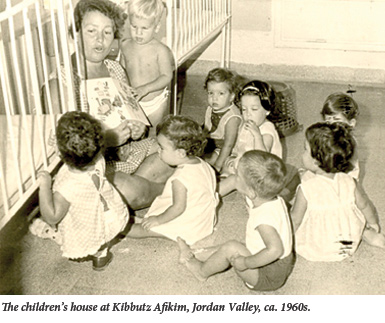 Indeed, one of Caplan’s most compelling bullet points of advice is one that Gluckel of Hameln would have agreed with: If you really want to invest in your children’s future, “choose a spouse who resembles the kids you want to have.” Caplan clarifies that these studies are restricted to middle-class families in industrialized countries, and that real abuse or neglect will indeed harm children. But assuming you don’t live in a ditch and aren’t selling your kids on eBay, he insists that your long-term effect on your children is minimal. Rather than finding this deflating, Caplan finds it stimulating, in the economic sense—because it means that children do not require the immense resources many parents invest. “What does enlightened self-interest tell you to do when you find out that something is cheaper than you previously believed?” he asks, then answers: “Buy more.”

Yet it was hard to read this book as I did, while nursing my fourth child, without experiencing some buyer’s remorse. Considering that Caplan is an economist, it’s especially strange that he overlooks certain enormous and non-negotiable financial costs of “buying more.” Even if one pretends that the middle-class families who are Caplan’s audience don’t give a hoot about paying for college, there remains the fact that since we don’t live in Sweden, free childcare (read: school) only begins at age 5 and only lasts until three o’clock. This means that someone, in most cases a paid someone, has to watch the children while parents are working—or that one parent must quit or reduce work for at least five years.

I was an adjunct college professor with only one baby when I realized that I was earning less per hour than my babysitter. The math in my very typical case was not conducive to selfishness. Caplan counters that the high-impact years of raising young children are brief  and that parents should take the long view: “If you were good at being self-interested, you’d ask yourself, ‘How many kids will I want when I’m 60?'” But he neglects to note that each additional child makes those challenging years longer—potentially a lot longer. Shortly after completing my fifth of at least ten years of escorting children to preschool, I asked my mother why people always say that childrearing “goes by so fast.” Does it really, I asked her? My mother, a parent of four and grandparent of nine, looked at me and said gravely, “It’s interminable.” Glückel of Hameln, who delivered her first child the same week her mother delivered her last, would have agreed.

The more disturbing aspect of Caplan’s book is that if one follows its argument to its natural conclusion, it’s actually claiming that education itself is pointless. The obvious effects of childrearing that parents observe in their own children—such as those “tiger moms” who successfully force their children to practice piano—are dismissed by Caplan as short-term results that “fade out” over time. “Think about how many parents try to inspire a love of books,” Caplan notes. “At the time, they succeed: lots of kids won’t sleep without a bedtime story. Ten or twenty years later, however, only a small minority read for pleasure. That’s fade-out for you.” Proverbs advises us to “Educate a child in the way he will go, and even when he grows old, he will not depart from it.” Such ancient wisdom is handily unseated by 1,100 Swedish twins who decided to mail in their questionnaires. In light of this research, the Mishnah’s revised version might read, “Educate a child, or park him on the couch playing Angry Birds: either way he will turn out like you.”

The problem with this argument is not so much that it is false—which, given that research is imperfect and genetics is not simple, it may well be—as that it focuses on the things that matter least. Most parents are acutely aware that there’s not much they can do to alter their children’s personalities. Even the Haggadah, a wildly successful model of what educators now call “differentiated instruction,” never suggests that parents can turn wicked sons into wise sons, or even that they should try. And most parents don’t choose to have more children based on “marginal returns.” Parenting means joining a hundred-thousand-year-old chain of sharing what it means to be human and ensuring that that meaning will survive us. The question of what it means to be human can’t be answered by surveying people’s income or intelligence or asking their peers how agreeable or conscientious they are, because the answers lie in why they find it important to be agreeable or conscientious, or what they hope to do with their income and intelligence. It is only education, beginning with the possibilities that parents model for their children, that gives children the language and context to eventually answer this question for themselves.

In the early decades of the Zionist movement, many kibbutzim separated children from their parents, raising them in special “children’s houses” and only allowing them to see their parents for a few hours a day. The purpose of this was not merely to strengthen the community’s collective responsibility, but also to sever the intergenerational ties that would have made the creation of a new Hebrew language and culture—and the sloughing of the old Diaspora perspective—among this new Zionist elite close to impossible. The kibbutz model, utopian experiment that it was, ultimately succumbed to the social and economic realities of an evolving modern state. But it is also coincidentally true that once a new Hebrew-speaking culture was in place for over a generation, the drastic measure of separating children from parents was no longer necessary; parents could go back to raising their own children and imbuing them with their now-native sense of meaning and purpose, expressed in the language and culture through which they themselves grew up.

Unfortunately for parents like me, there really aren’t any “selfish reasons to have more kids,” short of the possibility of having your own reality show if you have eighteen or more. (If you were hoping they’d support you in your dotage, the Swedish twins apparently disagree.) Nor is it compelling enough to know that kids are “fun,” as Caplan’s subtitle announces, or that grandchildren are even more so. All parents, consciously or not, face the task of giving the children they raise a language—expressed not only in words, but in images, rhythms, gestures, patterns of reasoning, and just about every other way that humans have communicated with each other—as their children’s most elemental connection to the human past.

The reason to have more kids is because you care enough about whatever languages you speak, and the chains of stories and ideas and commitments that have carried those languages through time, to want more people to speak those languages in the future, no matter what they may choose to say. Giving children a language rich enough to express the past’s mistakes and the future’s possibilities isn’t a task for chromosomes. It’s a task for parents and teachers. Perhaps the Swedish twins are right, and the history of humanity that distinguishes us from gorillas has been pointless. But at two in the morning, when I’m singing my baby to sleep with Hebrew songs my parents taught me and whose melodies comfort me still, I tend to doubt it.

Toward the book’s end, Caplan asserts, “I had kids because I love kids.” But by his own reasoning, that’s short-term thinking. One should have kids because one loves adults.

As the tapestry of Hillel Halkin's first novel unfurls, we see how perfectly each part fits into the larger pattern.