God Is Not One: The Eight Rival Religions That Run The World - And Why Their Differences Matter

Belief in one God is the cornerstone of all religions,” wrote Gandhi, and decades later the idea remains widespread that all religions teach essentially the same thing. Those afflicted with this notion either lack knowledge of the maddening differences among the religious traditions of the world or think that the differences amount to nothing more than cultural and linguistic variations on the same spiritual truth (if they like it) or pernicious falsehood (if they don’t).

Now Stephen Prothero, a specialist in American religions at Boston University, has written a spirited and highly accessible volume to challenge this common misconception head-on. Against the notion of universal monotheism Prothero points to forms of Buddhism that have no god and of Hinduism that have thousands and observes the opposite natures that different gods actually have, ranging from violent to mild-mannered, from personal to impersonal, from male to female (or even both), and, for that matter, from describable to utterly indescribable. To Prothero, this dizzying diversity of religious phenomena gives the lie not only to Gandhi’s myopic formulation but also to the more subtle and substantial argument of scholars like Huston Smith, who wrote that “differences in culture, history, geography, and collective temperament all make for diverse starting points . . . But beyond these differences, the same goal beckons.” As Prothero sees it, the religions of the world, despite some commonalities, are different all the way down—and all the way up.

The goal, then, is to bracket one’s own preconceptions and convictions as best as one can in order to give a fair account of traditions other than one’s own (and of the forms of one’s own tradition that one does not accept). In his discussions of eight major religions, Prothero follows his own strictures fairly well, and when he delivers judgments on them, most of the time he makes it clear that he is speaking personally, not professionally. He provides informative, if brief accounts of the Five Pillars of Islam and the origins of the Sunni and Shia communities, for example, or the various collections of Hindu scripture and the Confucian classics. Readers interested in acquiring the most basic information about the Four Noble Truths and the Noble Eightfold Path of Buddhism or the differences among evangelical, fundamentalist, and Pentecostal Christianity will find God Is Not One useful. Unlike most books of this genre, this one also includes a discussion of Yoruba religion, a much-disparaged tradition practiced by many millions in its West African homeland and Latin America as well.

Prothero’s own preferences tend to align him with the movement that in the 1960s came to be called the “youth culture” or the “counterculture.” “I revel in individual freedom,” he tells us, “and rebel against the rhetoric of duty and obligation, particularly when that rhetoric comes from voices outside my own head.” Not surprisingly, he stresses experience over doctrine, and variety over conformity, and seems least critical of traditions that are doctrinally protean. Daoism (which he terms “the most allergic to doctrine”) and the Yoruba traditions thus come in for little or no censure, whereas Christianity, with its longstanding tendency to formulate creeds, takes more hits. Writing of Christianity and Islam, for example, Prothero observes that “together they account for roughly half of the world’s population, and for more than half of the world’s suicide bombers and drone attacks.” Only the most inflexible ideologue would deny that some forms of Islam motivate nearly all the suicide bombers of late, but is Christian theology really behind the American drone attacks on the terrorists themselves? And is there a moral equivalence between those who target civilians and those who target the murderers and their support structure? 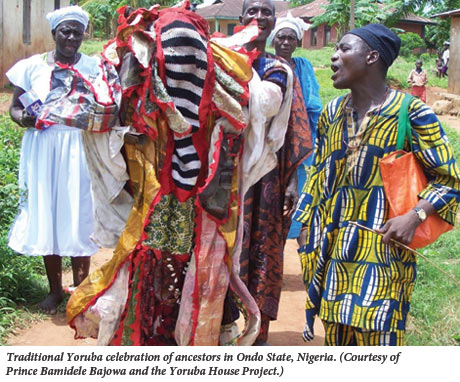 Writing of the difference between the Qur’an and the New Testament, Prothero raises a fascinating point, “Whether in the abstract it is better to rely on a scripture that regulates war or a scripture that hopes war away is an open question.” He goes on, however, to imply a most dubious answer, “but no Muslim-majority country has yet dropped an atomic bomb in war.” Was the pacifistic streak in the New Testament really a cause of the nuclear attacks on Hiroshima and Nagasaki, and given the staggering loss of life on both sides that an invasion of Japan would likely have entailed, would a Muslim-majority nation facing the same challenge have shown more restraint? One gets the sense that Prothero, having acknowledged the belligerent strains in Islam with exemplary honesty (refusing, for example, to define jihad as only “the spiritual struggle against pride and self-sufficiency”), feels an unfortunate need to compensate for his political incorrectness with his treatment of modern Christianity. His acknowledged loss of the Christian faith of his youth and replacement of it with the academic study of religion may be a factor here. Either way, the result is not convincing.

One might expect a scholar who rebels against the rhetoric of duty and obligation to look askance at a tradition that is so focused on law and commandment as Judaism, but Stephen Prothero takes a different tack. For him, “If Christianity is to a great extent about doctrine and Islam about ritual, Judaism is about narrative,” so that “to be a Jew is to tell and retell a story.” But storytelling does not have the determinate character that law, doctrine, and ritual do; it does not require a change of behavior, at least not in any direct and explicit way. When, as in Prothero’s telling, narrative becomes uppermost-aggada, in rabbinic parlance, trumping halakha-the picture that results is of a community of loquacious participants in a benign argument that never needs to reach any kind of resolution. He seems unaware that Jewish tradition from the rabbinic period until the last two centuries prioritized halakha over aggada (as Orthodox Judaism does to this day). Writing of a debate between the schools of Hillel and Shammai, he thus quotes the famous end of the Talmudic passage, “Both are the words of the living God, but the law is in accordance with the view of the house of Hillel,” without reckoning with the obvious point of that second clause: the Torah makes normative behavioral demands and cannot be fulfilled by engagement and argument alone. Indeed, one might go further and suggest that it is precisely the carefully-guarded common discourse and the normative legal framework that endow rabbinic argumentation with its phenomenal vitality and longevity. I have the sense that, given his antinomian predilections, if Prothero understood the Jewish tradition better, he would almost certainly hold a lower opinion of it.

His discussion of Judaism is further weakened by other questionable judgments and a few errors. His generalization that “Israelite religion (also known as biblical Judaism) was a priestly tradition focused on sacrifice,” for instance, applies better to the Second Temple period than to the First but fails to cover all genres, social sectors, or locales in either. Prothero’s statement that with the Roman destruction “in 70 C.E. . . . the Jews were sent once again into exile” leaves one wondering where in the world the Mishnah and the Jerusalem Talmud (both of which he mentions) were ever formulated. And then there is his observation that “neither Abraham nor Moses arrives in the Promised Land.” The statement about the events of 70 C.E. suggests that Prothero is less distant from his Christian childhood than he thinks, for the church long taught that the Temple was destroyed and the Jews sent into unending exile because of their rejection of Jesus (who was executed about the year 30 C.E.) The howler about Abraham suggests, conversely, that our author is too distant from the religion of his youth and could benefit from rereading Genesis.

Both the title and the subtitle of this book are teasers, but in ways that are troubling. To begin with the subtitle, the eight religions it treats do not “run the world.” The world is much too secular and technocratic for that grand generalization to hold, and in the case of Judaism, for example, with its miniscule numbers, and the Yoruba tradition, with its mostly impoverished adherents, the claim that they do is especially forced and potentially dangerous. As for the title, Prothero never advances an argument that “God is not one.” All he shows is that the world’s religions are diverse in important ways and that some of them are not monotheistic. To any informed adherent of Judaism, Christianity, or Islam, this will not come as news. Already in the prophetic collections of the Hebrew Bible, it is usually assumed that the masses are polytheistic and idolatrous and those loyal to the God of Israel alone constitute an embattled minority. Prothero, it would seem, wants to move in the opposite direction from that of the prophets, from the empirical fact of religious diversity to its legitimation, and to do so without the theological argument that such a move requires. For, alas, there is no simple transition from descriptive to prescriptive pluralism. It is one thing therefore to say that we all (including the prophets) hold simplistic and reductionistic views of other religions so that, in our ignorance, we are dangerously prone to make negative judgments about them. It is quite another thing, however, and a highly dubious one, to say that we are obligated to find the same amount of truth in all of them.

Although Prothero revels in the bewildering diversity of the world’s religions, he is rightly concerned about the pressing problem of how to bring about peace between communities with incompatible worldviews. In a coda, he rejects secularization and the banishment of religion, the solution advanced in recent years by the New Atheists, whom he sees as close-minded, angry, intolerant, and quixotic. The very different solution of those called “Friendly Atheists,” with their live-and-let-live philosophy, appeals to him, however, for it upholds tolerance without imposing a false unity of belief. If such tolerance is simply a pragmatic arrangement to secure the civic peace, it will, to be sure, command the loyalty of most of those who continue to believe that God really is one. If, on the other hand, tolerance requires adherents of all religions and philosophies to relinquish their universal truth-claims and to desist from critiquing the beliefs of others, its prospects are indeed dim. And those whose traditions affirm that God is one are unlikely to cease longing and working for the day when the truth of that affirmation is recognized by all.

“I wanted to write an integrated history,” Saul Friedländer told a magazine in 2007, in an interview marking the long-awaited concluding installment of his Holocaust study Nazi Germany and the Jews. By “integrated history,” Friedländer meant one in which the designs of genocidal perpetrators were fused with the personal testimony of the victims. “Business-as-usual history flattens the interpretation of mass…