Everything is rising or falling in The Cookbook Collector: internet stocks, the value of old books, men in love, women out of redwoods, and twin towers. Although Random House advertises it as Sense and Sensibility for the digital age, it is more a novel of ideas than of characters. Goodman’s first two books, The Family Markowitz and Kaaterskill Falls, were thickly settled works of domestic fiction. Her last two, Intuition and The Cookbook Collector, are concerned with the worlds of work as well. In scope and theme, she is more Dickensian, though she remains, like Austen, concerned with love, friendship, and the difference between the two. Goodman delves into women’s private lives in this novel, but with well-nigh manly scope, she also goes public.

Through her rich, spot-on descriptions, Goodman makes the startling pronouncement that yesterday is history. The book opens in 1999, an era Goodman reconstructs as a period piece as dated as Mad Men, with “little houses skyrocketing in value in Cupertino and Sunnyvale.” Remember those? This world is one of Volvo station wagons, overly buttery Chardonnays, spotted owls, IPOs, and dial-up modems.

The novel spans three years, from the fall of 1999 to the spring of 2002, from the highest point of the NASDAQ through the aftermath of the collapse of the twin towers, the chronology is a narrative of rising and falling itself. Add in rare book-collecting, love, and family secrets, and the novel’s arc becomes more ragged mountain range than classic climax and denouement.

The two main characters are indeed inspired by Sense and Sensibility. Emily is Sense, the CEO of Veritech, a Bay Area start-up. She is “tall and slender with her hair cropped short,” and favors “a pinstriped shirt, elegant slacks, tiny, expensive glasses. She was an MBA, not a programmer, and it showed.” Jess, a doctoral student in Philosophy at University of California at Berkeley, is Sensibility. She is “small and whimsical. Her face and mouth were wider than Emily’s, her cheeks rounder, her eyes greener, and more generous…. and her hair … who knew when she’d cut it last?” Jess, through whom many of the novel’s most poignant scenes and ideas are expressed, is a convincing character, but her back-story is less so. Would a flighty, irresponsible naïf whose family is always badgering her to become more serious also be a doctoral candidate in the rarefied, extremely selective department of Philosophy at the University of California at Berkeley?

Emily and Jess are surrounded by a cast of new types born of late 20th-century capitalism. George, the owner of a book store where Jess works, is “old money,”—he made his fortune in Microsoft in the 1980s and then opted out, choosing to read the classics and cook Chez Panisse-inspired meals for himself in his historically preserved house in the hills.

His friends took different paths. They bought small houses, and then bigger houses, and then they renovated those houses and commissioned furniture: sculptural dining tables and beds and rocking chairs in bird’s eye maple. They collected glass, and bought Chihulys by the dozen. They retired and purchased boats and traveled, and some started little companies and foundations of their own, and others flew to cooking classes in Tuscany and hosted fund-raisers for Bill Clinton. Along the way, they married and divorced, raised children, and came out, not necessarily in that order.

If Goodman’s main characters are sometimes flat, we forgive her when she offers us such gimlet-eyed descriptions.

Emily’s long-term boyfriend Jonathan is another start-up founder living in that other dotcom city, Cambridge, and they commute bicoastally. Jonathan exemplifies the go-go nineties, and is too polite, “square-shouldered and forthright,” for hippie Jess. Jonathan’s old friend and Emily’s childhood sweetheart, Orion, is the lefty, romantic developer, a fan of the “Free Software Foundation.” His father is a poet living in Vermont, always disheveled and sometimes sleeps on park benches. Orion has “an eye for detail, a grasp of the small picture.”

These set-pieces act out Goodman’s inquiry into the nature of risk. Emily and Jonathan’s start-ups, Veritech and ISIS, sell security software, products aimed at minimizing risk. But of course, these ventures are themselves highly volatile. George’s book collecting friend, Raj, argues that risk is “an erotic pleasure,” endemic to humanity’s acquisitive nature. George, the aesthete, demurs, claiming, “some aesthetic experiences satisfy,” like a good glass of wine, a leather-bound quarto, and solid oak. “There is such a thing as excellence … and when I find it I am fulfilled.” Emily, who, like George, is patient, seems to be the risk-averse sister, with her prim ways and MBA, but she is much more leveraged than Jess, who made the staid choice of graduate school, and is so terrified of heights that her fear of falling threatens her credibility with the Save The Trees activists who sit atop redwoods to save them.

Into the lives of these late-nineties seekers come Bialystockers (read Lubavitchers) in an initially incongruous sub-plot. They surprise the characters, too, with their odd black coats and financial speculations. Jess meets Rabbi Helfgott in Berkeley, and he writes her a check for $1800 so she can buy stock in Veritech for a murky reason Jess does not trust. Rabbi Zylberfenig runs the Bialystocker Center in Canaan, Jess and Emily’s hometown. Zylberfenig is considering buying a lot behind the girls’ childhood home, a purchase his wife considers unwise, since “Canaan’s Jews were older and well settled and often mistrustful of their own religion.” Zylberfenig, though, is not a saver “but a spender, and a buyer, and always, every day, expected miracles,” a quality his wife finds charming but annoying, because she “was constantly sorting out her children’s shoes, performing the countless details of mother and rebbetzin, even though the Messiah was due at any moment.”

Goodman’s comfort with describing these characters is unique; she weaves this sub-culture into the other ones she describes—environmental activists, dotcom startups, gourmands and bibliophiles. If this is a Jewish novel, it is so in that it feels no need to pronounce itself as such, but interweaves Judaism into the mélange of the American late-nineties. She accomplishes what she once said she aimed to do in Kaaterskill Falls, “to write about an Orthodox community grounded in tradition, but to do so in a way that was neither anthropological, nor sentimental.”

As Bialystockers invest in the Internet, and tree activists camp out on branches high above the earth, values fluctuate. How much is a share of ISIS worth? One day it is two hundred dollars, the next a penny. How much is a first edition of a rare 17th-century cookbook worth? How does one put a price on the handwritten poems found inside its leaves? Goodman questions whether we should be investing in the immaterial, suggesting it might be better to lovingly treasure the material—the trees Jess is trying to save, the books she reads, and the architectural details George restores in his home.

Relationships go up and down in value too, but mainly they go up again. Orion, discussing his troubled relationship with Jonathan, says, “I think when you go that far back with someone, the friendship never disappears completely, and sometimes, eventually, the relationship regenerates.”

As Jess learns more about her Jewish background, she discusses Judaism with Helfgott. She wonders whether social activism could be considered a form of prayer. No, Helfgott responds, because action is original, whereas prayer is derivative. Prayer, he tells her, “is total catastrophic insurance, covering every possibility.” Prayer mitigates the choice between the material and the immaterial. It provides insurance in a world in which private security software loses all value only to regain it as government surveillance, in which aesthetic pleasure suffices until it is no longer enough, and in which we have to sort socks while waiting for the Messiah. Summer turns to winter and then becomes summer again as the novel progresses through its eight parts, and one love turns out to be worthless while another grows. “As it was written,” Rabbi Helfgott thinks to himself, “there was a time to plant and a time to reap, a time to mourn and a time to dance. Naturally, reaping was preferable!” Within such a world, where value is relative and change constant, you might as well risk a start-up, or fall in love.

Or write a risky novel. To say Goodman is the Jewish Jane Austen—or, as I suspect some might, that this is is the “great 9/11” novel—would limit by labeling Goodman’s aims in this novel. The Cookbook Collector is a baggy monster, charmingly so. 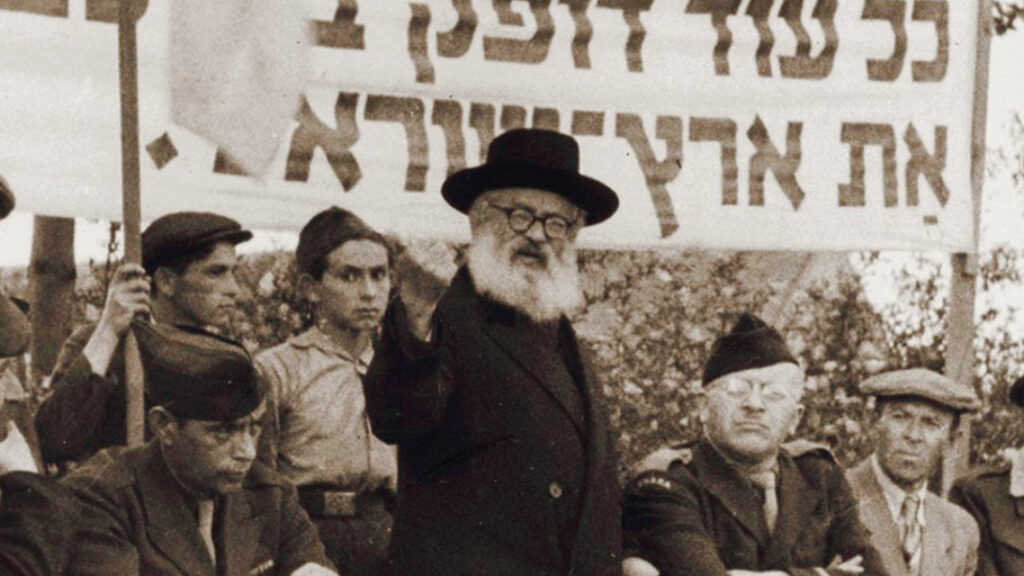 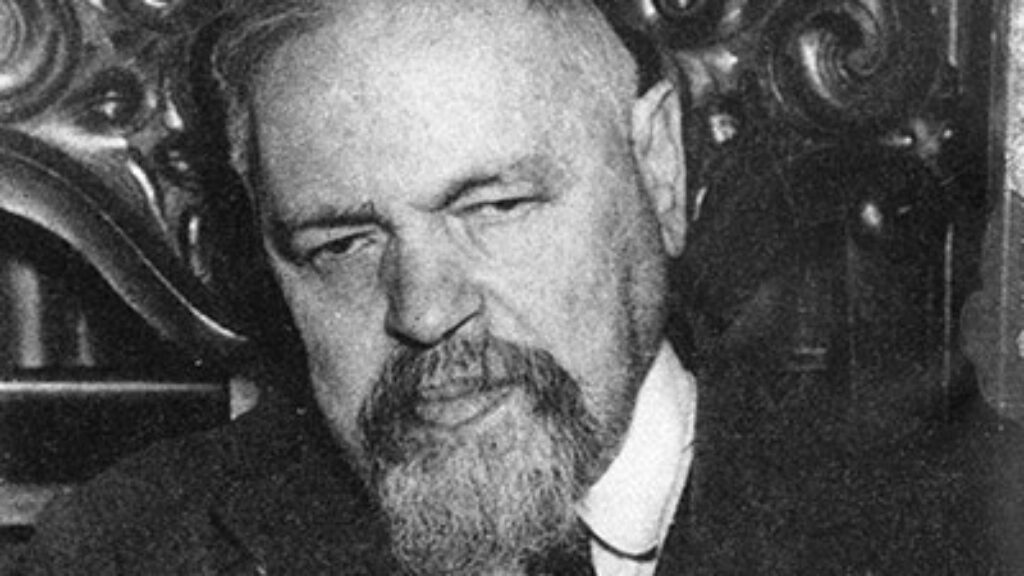 Halakha and Theocracy: A Response

Allan Arkush fails to see the novelty of the theocratic idea in Judaism. 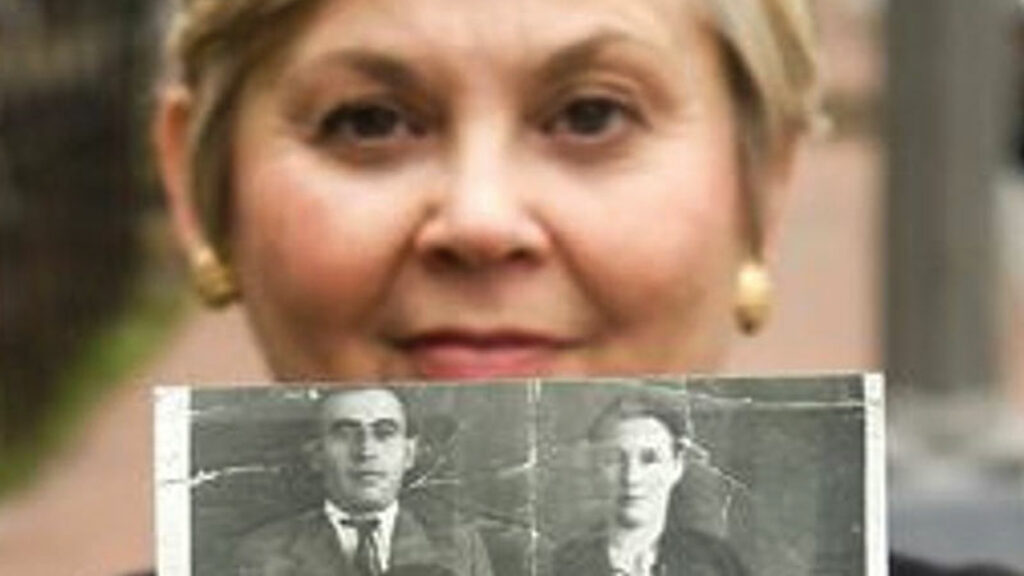 At Home in America

Just beneath the surface of this Holocaust memoir is, in fact, an altogether different tale: a paean to the good life in America.

Some of Abraham Sonne's lines are so gorgeous that one commits them to memory almost unthinkingly.