When I was nineteen, I saw an ad at the UCLA Career Center for a job teaching “Jewish history through drama,” at the Sunday school of a large nearby temple. It was only a couple of hours a week, but it paid maybe four times as much as my job at the Student Store. Needless to say, I hadn’t taught Jewish history or anything else, but I had acted in a student production of Beckett’s Endgame that summer. (I was Hamm, or maybe it was Clov.)

At the interview, it turned out that the school director, who I’ll call Lisa, had, as far as I could tell, no idea what she meant by “Jewish history through drama.” There was no particular period she wanted covered, no book she had in mind, and no theory of how to teach acting, or Jewish history for that matter, to junior high schoolers. But she was duly impressed with the Beckett, and she found the fact that I had been in a yeshiva only two years earlier fascinating. Mainly, she wanted to talk about her study of “Hasidic philosophy,” with a local Chabad rabbi. I nodded politely and didn’t try to disabuse her of the idea that studying the Tanya in Bel Air was very much like studying Talmud in Jerusalem, even if hats played a role in both experiences. I also learned that the temple’s school had won awards for innovation and excellence, and that I would be required to accompany my students on a weekend Shabbaton in the spring.

Those first Sunday mornings were terrifying. My half-baked idea had been to introduce them to some obscure and exciting episode of Jewish history and then find some way to dramatize it. Having read a little (very little) of Gershom Scholem, I thought that maybe the false messiah Shabbtai Zevi would be a good idea—it wasn’t. Given that the kids were iffy on King David (or Jesus for that matter) and had never really thought about the idea of a messiah, personal or otherwise, the 17th-century adventures of a melancholic mystic in the Mediterranean was a tough sell. I remember once looking wildly out of my classroom window as Lisa approached while fourteen-year-old boys and girls slammed into each other in an exuberant interpretation of a Turkish Sabbatean mob. She returned my look blandly and marched right past the classroom door.

Of course, I had myself gone to Hebrew school—that’s what we always called it though very little Hebrew was ever learned—through most of elementary school. I’d walk the five blocks down Bancroft from Berkeley’s Washington Elementary School to Congregation Beth Israel (fading orange-red bricks, worn-wood floor, and Israeli and American flags flanking the aron kodesh), where a part of the sanctuary was partitioned off to make a classroom from four to six on Tuesday and Thursday afternoons.

Even at nineteen, not much of that experience had stuck with me, certainly not enough to be of help with lesson plans. I remembered a glamorous Israeli teacher named Varda teaching us that the word for chalk was gir, with an exciting back-of-the-throat trill for the “r” sound, and that the word for chalkboard was the same as the one used to describe the tablets on which the Ten Commandments were inscribed. And I remembered Rabbi Leibowitz coming into class to show us the way the strings and knots of the tzitzis on a tallis could be added up to 613, the number of commandments in the Torah. And I remembered impudently climbing out the window with a friend when another teacher turned to the blackboard.

But mostly I remembered playing touch football before and between classes out in the street with Jake and Steve—one-on-one (it was a small class) with Jake as all-time quarterback. We’d diagram the plays on our palms, and then Jake would run around Kenny Stabler-like, joyfully, but pointlessly (no one was rushing him), while Steve or I tried to get open for the down-and-out bullet or the long bomb. More than anything else, Hebrew school for me was running down Jefferson Avenue with Jake’s rainbow pass soaring above me and little Stevie Klein showing me his heels as the afternoon light faded and the sweet, earnest Rabbi Lifsics calling us to come back inside.

Actually, touch football turned out be more useful for my teaching than my distinguished career on the stage. I settled into a pattern of turning some passage from the weekly Torah portion into a kind of playlet and playing sports with the kids during the break between classes.

As the year wore on, Lisa occasionally spoke with me about her idea of bringing all the kids to Chabad for the Spring Shabbaton to observe “a different form of spirituality.” But when the announcement of our destination came, it turned out that, somewhere along the line, plans had changed radically. We were going to St. Andrew’s, a Benedictine retreat in the San Gabriel Mountains outside of Los Angeles, to celebrate the Sabbath with the monks. After the announcement, Lisa took me aside to warn me that the change in plans meant that I would need to bring my own food if I wanted to keep kosher.

On Friday night we met some of the monks (they were nice), lit candles, and had a Shabbat dinner. It turned out that one of my students, Maurice P.—a speedy wide receiver—also kept kosher, or at least thought he did, or perhaps he just thought he would keep me company. We split my take-out order from the Kosher Kolonel.

The next morning, the rabbi came to spend the day with the kids. We met him in the parking lot as he drove up. He took a Torah out of his hatchback and led us all to a little clearing in the woods, where he laid it gently on the ground as he told us that two hundred years ago the holy Ba’al Shem Tov had prayed in the woods. Then he unscrolled the Torah to that week’s portion and, using a twig as a pointer, read a few verses. When he finished, he said (perhaps thinking of the Lubavitchers we weren’t visiting or even the Benedictines we were), “You know kids, some people think that every word of the Torah is priceless, like a diamond, but we don’t think that. We believe,” he said, gesturing at the California scrub around him, “that the Torah is like a diamond mine, and you’ve got to clear away all the rubble to get at the diamonds.” It’s actually not a bad description of classic 19th-century liberal religion in the light of biblical criticism with a twist of Buber, but I’ve often wondered what, if anything, he was trying to teach those particular L.A. kids with their little fund of Jewish knowledge.

At lunch, sloppy joes were served. The rabbi and one of the monks led a somewhat desultory theological conversation about images of God to which the students paid less than full attention. Afterward we had a rousing game of touch football. The following morning, we observed—but did not partake in—Communion, and took the bus back to West Los Angeles.

Not long after Shabbat at the monastery, Lisa told me that it was time to provide written assessments of each of my students for the year. This baffled me. I was certain that she couldn’t possibly want academic grades. (Had I received grades in Hebrew school? I couldn’t remember.) Eventually I decided that what she must be requesting were assessments of the students themselves. I picked up a grade card, looked at the name, and wrote, “Maurice P. is a very fine football player.”

A Movement Strikes Back

Seven leaders and a historian respond to Daniel Gordis’ “Requiem for a Movement.”

The Book of Radiance

Daniel Matt’s massive new English edition of the Zohar is not only a great translation, it is also one of the great commentaries on the classic work of Jewish mysticism. Insofar as it is possible, Matt has brought the unfathomable, mysterious, and poetic depths of this “book of radiance” to the English reader. 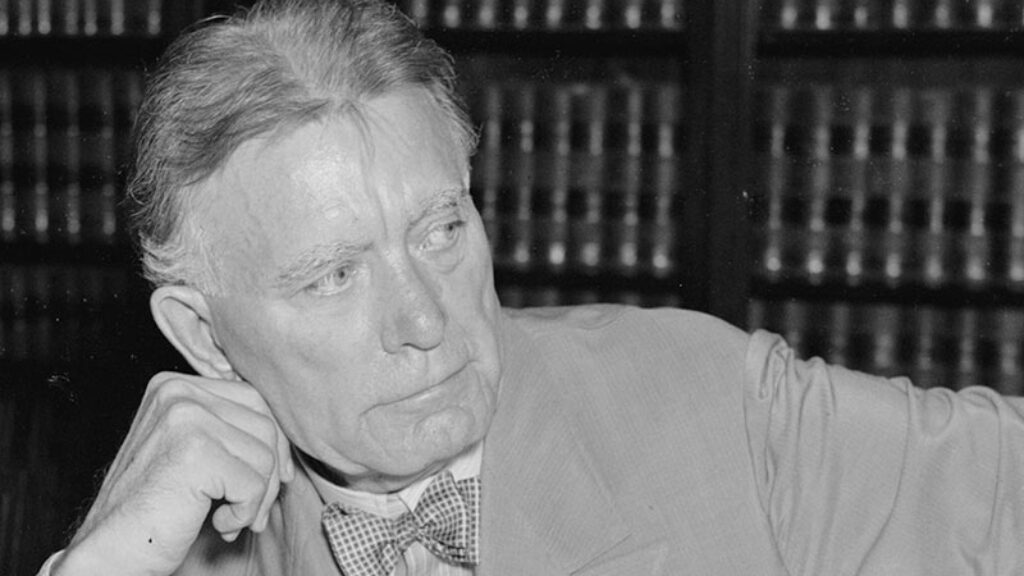 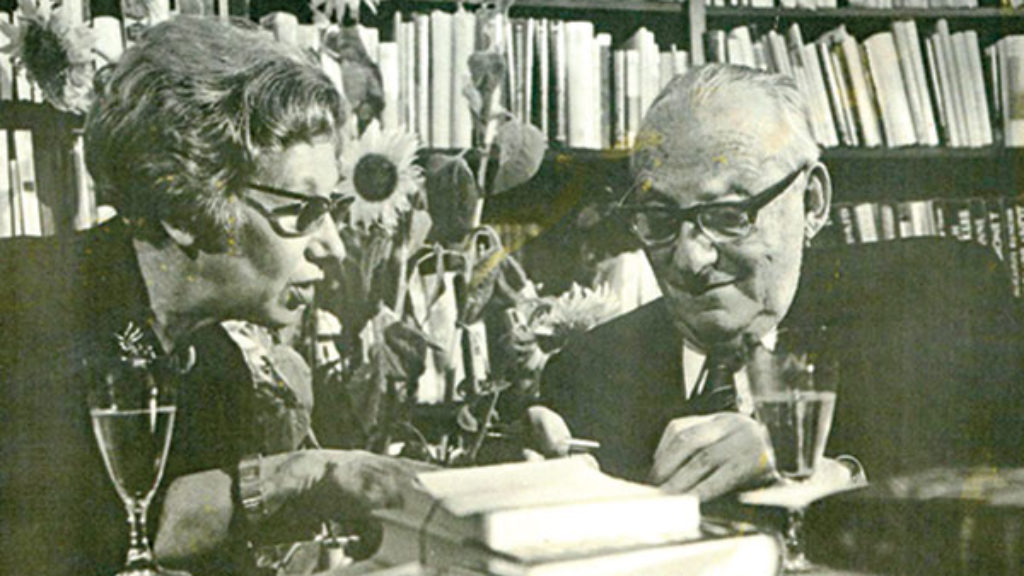