As the 75th anniversary of the start of World War II approaches this fall, the battle to determine its meaning continues. In Germany, writers such as Günter Grass and Jörg Friedrich have shifted attention from the Nazis’ crimes against Jews and other Europeans to the suffering of German civilians at the hands of the Allies. In Eastern Europe, Poles, Balts, and Russians have battled over claims that Stalin was as responsible as Hitler for causing the war and committing comparable atrocities. In America and Great Britain, writers as ideologically varied as Nicholson Baker, Patrick Buchanan, and Norman Davies have blurred the line between the wartime behavior of the Axis and Allies. George Clooney’s new film The Monuments Men is the latest salvo launched by the defenders of the “good war” against its revisionist critics. The film purports to tell a tale of American heroism in the face of Nazi barbarism, and in certain respects it succeeds. But like both sides in the ongoing debate, it has its blind spots.

In the summer of 1943, the Roosevelt administration hired a group of art historians, conservationists, and museum curators to staff a new Monuments, Fine Arts, and Archives program (MFAA) within the U. S. Army and Allied forces to identify and protect historic works of art and architecture from wartime destruction. A 2009 book by Robert M. Edsel told their story, and The Monuments Men is adapted from it with a fair degree of license and more than a little Hollywood schmaltz.

Seldom have scholars in the humanities featured so prominently as the heroes of a Hollywood blockbuster. Clooney, who directed and co-wrote the screenplay, has assembled an all-star cast, including Matt Damon, Bill Murray, John Goodman, Cate Blanchett, and Hugh Bonneville (who is finally able to wear a military uniform into battle; Lord Grantham was stuck at Downton Abbey for World War I), but he also aspires to tell an important story about the need to preserve “the very foundations of modern society” from destruction.

Unfortunately, the film itself never fully engages. It should be a gripping narrative, but one is never entirely sure what is going on, or whether to care. In addition to inadequate character development and insufficient exposition, The Monuments Men has an odd hybrid tone that vacillates between farce and tragedy. This is a pity, for the staff of the MFAA really did perform heroic work in securing and eventually repatriating literally millions of cultural artifacts to their rightful owners.

In the film’s trailer, George Clooney’s character, an art history professor named Frank Stokes (based on the conservator and museum director George L. Stout), intones: “They tell us: ‘Who cares about art?’ But they’re wrong. It is the exact reason that we’re fighting. For culture. For a way of life.” The film shows Hitler, Göring, and even lower-ranking SS men stealing works by Rembrandt, Vermeer, Raphael, and others, which end up being crudely warehoused in underground mines throughout Germany to protect them from Allied bombing raids. Worse still, the Nazis violently destroy “degenerate” modernist art by painters such as Picasso and Klee. But making Nazi evil turn on cultural barbarism is not just an historical mistake, it’s a philosophical one.

The film’s juxtaposition of Allied civilization with Nazi barbarism is not entirely false, but it fails to answer the question of why Nazis went to such elaborate lengths to seize all of this art in the first place. The film’s claim that Hitler “wants it all” for his Führermuseum in Linz, Austria reduces him to a conventional, if exceedingly successful, looter. In fact, as David B. Dennis shows in his recent book, Inhumanities: Nazi Interpretations of Western Culture, the Third Reich’s leaders were not insensible to the riches of Western civilization, they just wanted to put their own ideological spin on its meaning. As George Steiner pointed out decades ago, the Nazis were perfectly capable of reading Goethe and playing Bach in the evening and then going out to gas Jews at Auschwitz in the morning.

Indeed, The Monuments Men fails to explain (as Edsel’s more nuanced book makes clear) that the Nazi leadership was actually divided on these issues. The film misleadingly claims that Hitler’s “Nero Order” of March 1945, which ordered the destruction of all resources that could be used by the invading Allies, explicitly targeted art; it didn’t. Moreover, Albert Speer and other Nazis countermanded the scorched earth policy on numerous occasions. Viewers never learn that it was actually Austrian Nazis themselves (including SS general and RSHA chief Ernst Kaltenbrunner) who thwarted the nihilistic plan of local Nazi leader August Eigruber to blow up one of the Reich’s largest art repositories, the salt mine of Altaussee. The Nazis, in other words, also rescued art from the Nazis!

This blind spot about the motives guiding the Nazis’ treatment of art is echoed by the film’s partial portrayal of the Holocaust. The Monuments Men mentions Jews sporadically. As Cate Blanchett’s character plangently remarks of the owners of the looted art and valuables, they “are never coming back.” Her point is underlined in a macabre scene when Matt Damon’s character discovers barrels of gold fillings. But such scenes also serve to obscure a less comfortable truth: While the United States worked to rescue art that was stolen (at least in part) from Jews, it was much less effective in saving Jewish lives.

The film ends on a Christian rather than a Jewish note. One of the running subplots involves the Monuments Men’s pursuit of two priceless religious works: Van Eyck’s Ghent Altarpiece and Michelangelo’s Madonna of Bruges. Near the film’s conclusion, the team discovers both works in the Altaussee mine and spirits them out before the arrival of approaching Red Army troops. In the last scene, set in 1977, an aged Stokes returns to Bruges with his grandson to gaze wistfully upon the statue.

In and of itself, the scene is unobjectionable; Stokes and his men were undeniably heroic in protecting the artifacts of Western culture, but the sense of closure this gives is a bit too perfect for what is still an open issue. One of the Nazi looters who the real-life Monuments Men pursued was an art dealer named Hildebrand Gurlitt. Last year, more than 1,400 stolen works of art were discovered in his son’s Munich apartment. 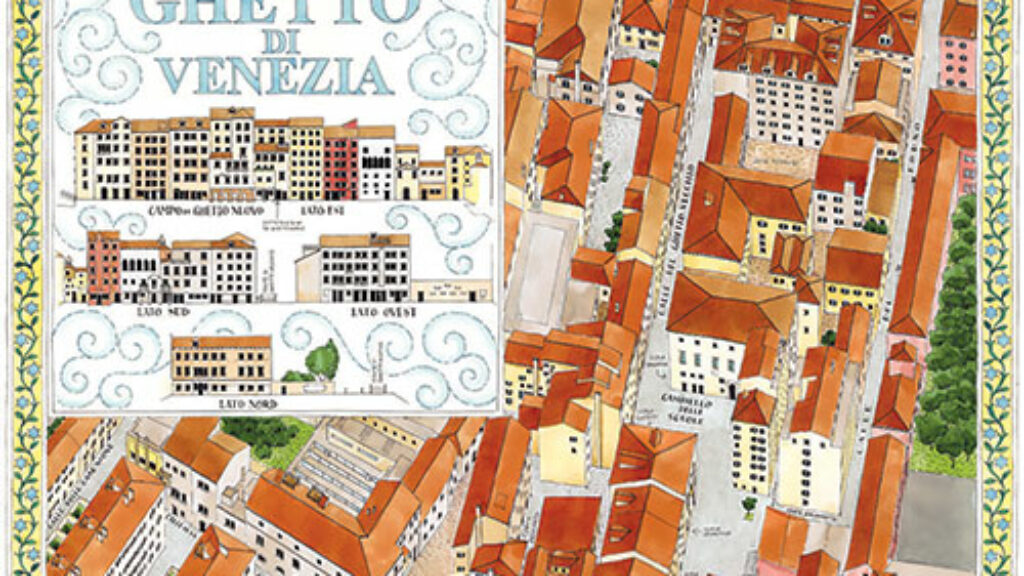 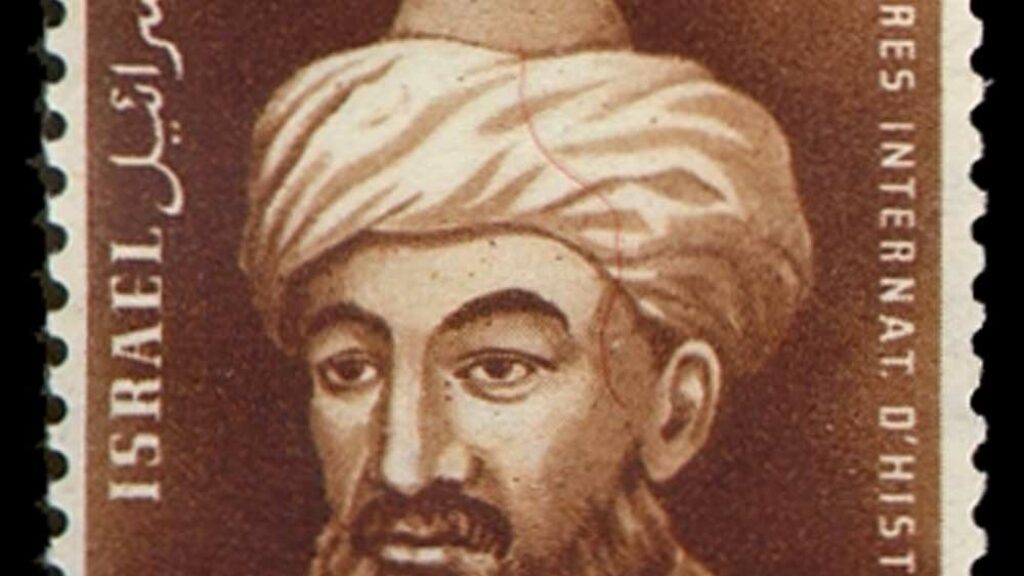 Moses Maimonides may have left the Land of Israel for Egypt, but his thoughts on the messianic future are still relevant to the modern Zionist project. 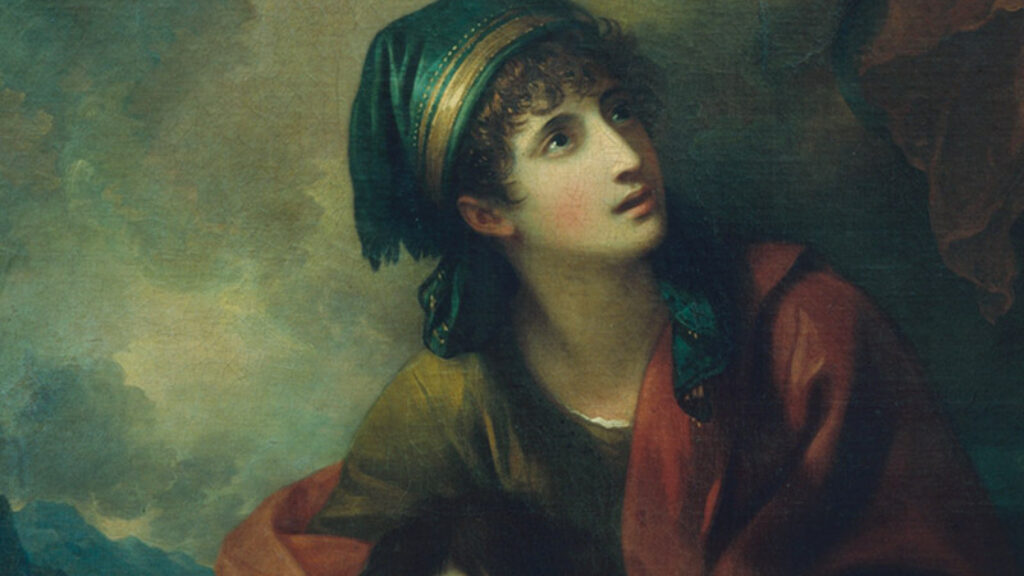 “The One You Love”? A Case of Divine Disappointment 

Which son did Abraham favor? Reading "the binding of Isaac" with fresh eyes.