It’s 1977, and a specter is haunting America. A group of unrepentant Nazis are living and operating clandestinely in the United States. Turns out this vast conspiracy is responsible for everything from the Robert Kennedy assassination to Watergate to the New York City blackout of 1977, and it has managed to infiltrate the highest levels of the government and the economy. Even Biff Simpson, an Undersecretary of State in the Carter Administration with a bad haircut and a cornpone Southern accent, is, in reality, a war criminal: the Butcher of Arlav.

“You thought the war was over,” he snarls at a survivor who has recognized him at that most American of occasions, a backyard barbecue, “We’re here now. Everywhere.” And then he blows her brains out. (He also kills all the witnesses, including his wife and young children; this is a Jordan Peele production.)

That’s the premise of Hunters, Amazon’s heavily hyped drama about a monstrous plot to establish a homegrown Fourth Reich. The eponymous hunters—a multiethnic band of avenging angels led by Meyer Offerman, a putative Auschwitz survivor played by a deliriously over-the-top Al Pacino—are a grab bag of clichés drawn from comic books and B-grade movies (kung fu, grindhouse, blaxploitation). Even Jonah Heidelbaum (Logan Lerman), a traumatized, morally conflicted teenager who has lost both his beloved survivor grandmother and his best friend to Nazi killers, gets the comic book treatment. A series of clearly telegraphed allusions suggest that Jonah is following the path of Bruce Wayne (Batman) and Peter Parker (Spider-Man).

Survivors of 1970s New York will respond to the show’s setting: the music, the palette, the polyester, the cars, and the topical references. The period details are perfect, right down to the little kids cooling off in open fire hydrants. But seeing post-Holocaust family trauma reduced to a series of superhero tropes, listening to bad Yiddish accents and mangled Jewish phrases (a visitor leaving Jonah’s shiva house says “Barukh Hashem”), and watching a seemingly endless parade of leering Nazis straight from central casting makes the art directors’ meticulous work fade into the background.

Then, the show redeems itself (mostly). Viewers are introduced to many of its key characters, Jewish and German, through long sequences set in concentration camps. These are extremely affecting; the show captures the darkness, the fear, the shit- and vomit-encrusted Jews crushed together in boxcars, waiting to die. But even in the midst of hell, there is always the temptation to crack wise. “Guten Abend, Buchenwald!” shrieks a music-loving SS officer over the camp public address system, a demented mashup of Robin Williams’ Adrian Cronauer and Simon Cowell preparing to host his own psychotic version of American Idol.

Hunters has been called out for its tendency to play fast and loose with history when it suits the exigencies of the show’s narrative. The Auschwitz-Birkenau Memorial and Museum roundly criticized Amazon for the show’s depiction of a twisted game of human chess, in which inmates/chess pieces are shot when they are taken, their bodies stacked up to one side of the playing field-sized board. Inaccuracies abound. Jewish prisoners in Auschwitz are depicted speaking to each other in clear, measured Polish. As a Jewish child, one of Offerman’s band (who may or may not be a Nazi mole) got out of Europe and to safety in England aboard a Kindertransport train. In a flashback, she is depicted, along with other Jewish children, being forcibly converted to Christianity by a British nun.

A sadistic chess game can stand in for an array of horrors, and that was probably the intent of the episode in the show, but surely actual historical events were more dreadful than anything dreamed up in the Hunters’ writing room. The fantasized sadism of this and other scenes does not play well. Moreover, such fantasy plays into the hands of Holocaust deniers.

And yet, there is a moral heart beating at the core of this show. Creator David Weil’s grandmother was an Auschwitz survivor, and his show wrestles with a version of the philosophical puzzle: If you went back in time and met a young Hitler, would you kill him? Certainly, Meyer Offerman has no doubts about the justness of his cause: “This is not murder,” he says; “this is mitzvah. The Talmud is wrong. . . . You know what the best revenge is? Revenge!”

His foil is Jonah, the newest recruit. No matter how much Jonah burns to avenge his grandmother and, by extension, the rest of the Jewish people, he comes up hard against his own moral scruples. And, at a pivotal moment, Offerman and his band are confronted by rival Nazi hunter Simon Wiesenthal. He deplores their methods. “Angels do not get blood on their wings,” he warns them. “If we follow your path, . . . we Jews will eradicate ourselves.”

The whole idea of a cabal of unreconstructed Nazis secretly plotting a violent coup in 1970s America seems—and is—ridiculous. But, in explaining the origins of this fictional conspiracy, Hunters forces us to consider another historical truth that is largely forgotten. After the war, America scooped up Wernher von Braun and 1,600 other Nazi scientists and engineers, expunging their wartime records and parachuting them into positions of influence in the American scientific establishment, particularly NASA.

Despite Hunters’ revenge fantasies, they all died, peacefully, in bed. (“it’s some fucked-up shit,” concludes a mock TV spot inserted into the action, “but, hey, we got to the moon.”) The real problem, the show seems to be suggesting, is not conspiracies of old-time Nazis but the zombie quality of the ideology and its ability to renew itself in every generation. By far, the most chilling character in the entire show is Travis Leich, a young American convert to the Nazi cause. Travis is soft-spoken, well-groomed, articulate, and a stone-cold psycho killer. “I need an army,” he says, “hundreds of ignorant white men looking for someone to blame.” And then, he butchers his Jewish lawyer, finishing with a triumphant cry of “Jews will not replace us.” Suddenly, the distance between us, these fictional Nazi conspirators and present-day white nationalists, seems very short indeed.

Hunters has its flaws. Its Tarantinoesque pastiche of genres never quite gels. But it does have real strengths. Some characters—like Millie Morris (Jerrika Hinton), a black FBI agent—transcend cliché, and we become engrossed in their lives. It tries hard to convey small moments of horror and grace during the Shoah. Most of all, in its vernacular exploration of the remarkable power of Nazi ideology, Hunters serves as a candy-colored comic book meditation—and a warning—on our own times. 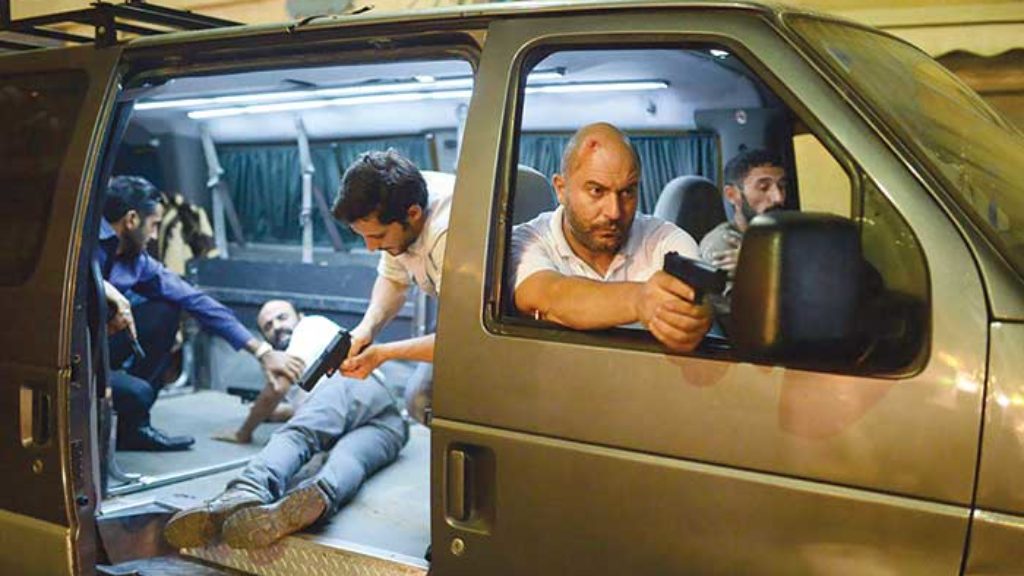 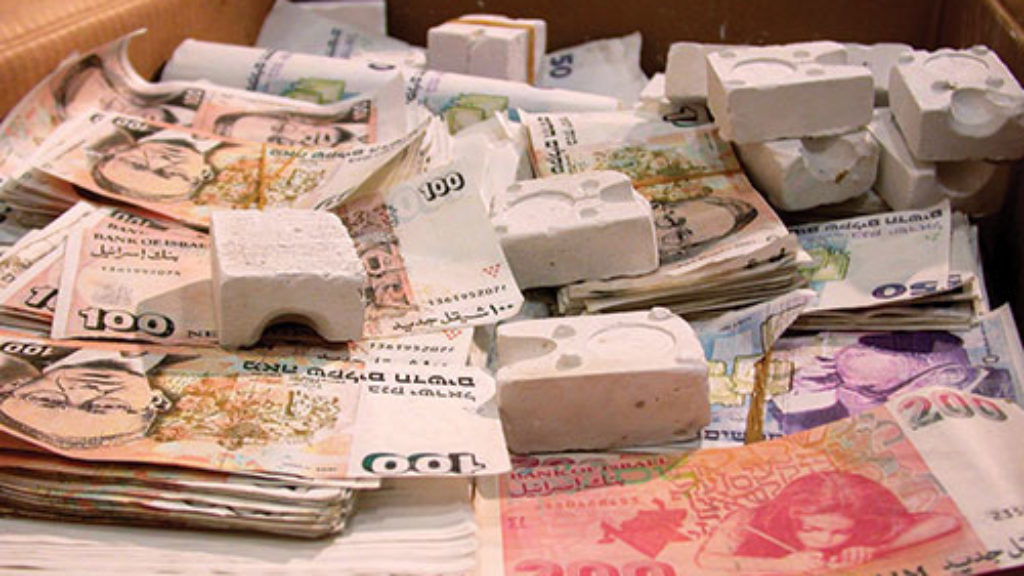 Terrorism is not cheap. Find a way of taking terrorists’ money, the logic would seem to dictate, and you may have a way of shutting them down.