This is an especially good time to launch a Jewish magazine of ideas and criticism. Perhaps it has always been a good time: the history of Jewish thought over the last two hundred years could be charted through a dozen periodicals in a half-dozen languages. But we live at a moment in which more Jewish books, and books of particular Jewish interest, are being published than ever before. Of the making of such books, it seems, there is no end. But of real criticism, considered judgment rendered in graceful, accessible prose, there is something of a scarcity.

The problem is not a lack of interesting Jewish writers, thinkers, or scholars. There are, to begin with, dozens of journals of Jewish Studies, for the most part geared to specialized academic work. Such scholarship is necessary and often important. But it does not suffice for understanding what it means to be a Jew in the modern world, or what Jewish texts and ideas might have to contribute to the larger discussion of important issues—religious, philosophical, political, ethical, literary—of the day. Then there are the newspapers, magazines, and websites that make it their full- or part-time business to report on Jewish culture. Here, with noble exceptions, the pressure of timeliness and the constraints of space combine to restrict the full, measured consideration that Jewish books and issues, in the widest sense, deserve.

We aspire to offer something different: a lively magazine of ideas and argument, criticism and commentary, written especially for intelligent men and women who believe, as I do, that Jewish subjects are worthy of attention that is serious, accessible, and occasionally even playful.

In the pages of the Jewish Review of Books, leading scholars, critics, writers, and journalists will discuss Jewish thought, literature, culture, and politics as well as fiction, poetry, and the arts, with wit and erudition. Here you will find review essays on everything from Maimonides’ theology to the latest court decision in Europe; from translations of Hebrew and Yiddish poetry to bestselling novels; from controversy over the Dead Sea Scrolls to controversy over the Israeli Rabbinate; and from the history of the shtetl to the present challenges facing American Jewry. Not only will we cover books published in English, we will bring news of some of the most interesting and important books published in Israel and Europe. We will also reconsider literary, scholarly, and religious classics and offer new translations of documents that open a window onto fascinating historical figures and moments.

Of course, we have heard the good news of the Internet, and the supposed death knell of the book, not to speak of the book review. This fall, for instance, on the occasion of his latest novel, Philip Roth predicted the imminent demise of fiction. Perhaps, he said, a remnant of readers will survive, half-hobbyists and half-monks, but they won’t save literary culture. The book has not been able to compete with the movie or TV screen, and it certainly cannot compete with the computer screen and its portable offspring.

Well, Roth has been in an autumnal mood for a while now, and one is permitted—maybe even obligated—to doubt apocalyptic scenarios. As I write this, Apple is unveiling the latest cool, glowing screen; no doubt like you, I am tempted by it, and will probably also be tempted by whatever comes next. But, like you, I am tempted because I suspect that it may help me to read more, not less. As temptations sometimes do, this one expresses a faith that there will remain important things to read, some old and some new, some waiting to be rediscovered and some waiting to be written.

It may be that, now or in the near future, we will read Amichai, Bellow, and Grade, the latest history of the Middle East, or even the Babylonian Talmud—that great compendium of hyperlinks reaching back to Sinai—primarily on a screen. The important, vital thing is that we continue truly and critically to read, rather than passively absorbing information, registering buzz, assimilating “memes.” And it is certainly conceivable, even likely, that this can be done on a screen. Indeed, you may be reading these very words on a screen. If not, this seems the right moment to invite you to visit us at our website, www.jewishreviewofbooks.com

Whether you read our articles in print or on the web, you will find authors who are not cheerleaders or narrow theoreticians of one religious, political, or literary party or another. As is the case with our distinguished Editorial Board, our contributors understand that all things excellent are as difficult as they are rare, and that excellence carries across denominations, languages, and political divisions.

The Jewish Review of Books is a forum, not a platform; a conversation, not a polemic. In particular, it is founded in the conviction that the ideas and achievements of Jewish religion, literature, and scholarship are interesting and valuable in and of themselves. They are not reducible to any position or program, no matter how worthy.

This is not to say that our authors will refrain from addressing political issues, particularly with regard to Israel. Critics in and outside of Israel are too often tempted to judge its behavior and its politics from the standpoint of redemption, whether of the messianic or secular variety. But there can be no such standpoint until utopia dawns or the messiah comes. In the meantime, cool reason and factual sobriety will be our standard.

Franz Rosenzweig, an early 20th-century Jewish thinker of no particular party who has since been claimed by several, once adopted a famous line from the ancient Roman playwright Terence: “as I am human, nothing human is alien to me.” Rosenzweig gave the line a witty tweak by challenging his Jewish reader to assert that, as a Jew, “nothing Jewish is alien to me.”

What Rosenzweig understood is that no one leads a life that is simply “human.” Just as we speak a particular language, not language as such, we live and flourish within particular communities, cultures, and traditions. Rosenzweig’s claim was not that everything Jewish was worthy of celebration, only that it was worthy of understanding, and he suggested that a “Jewish Renaissance” could begin with just these words. For our part, we will aim to produce an excellent magazine, in the full knowledge that this, too, is as difficult as it is rare. Welcome to the Jewish Review of Books. 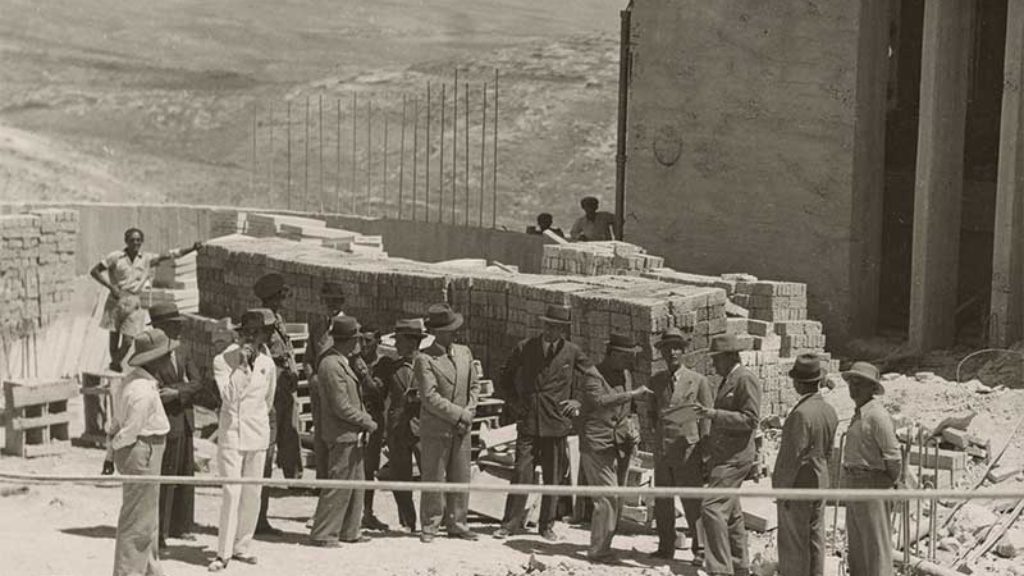 The Mendelsohns' converted flour mill on the outskirts of Rehavia became a cultural salon, with concerts and poetry readings.

Between rabbinic rulings and public policy: a response from Daniel Goldman and Yossi Shain and a rejoinder from Yehoshua Pfeffer.