In their new anthology, Sephardi Lives: A Documentary History, 1700–1950 (Stanford University Press, 2014), Professors Julia Phillips Cohen and Sarah Abrevaya Stein present a vivid picture of the diverse ways in which the Jews residing in (and migrating from) what they call the “Judeo-Spanish heartland of Southeastern Europe, Anatolia, and the Levant” adjusted to the profound changes of their eras. Drawing on memoirs, newspapers, and a variety of archival sources written in 15 different languages, they give us a broad overview of a world that is in danger of being forgotten. From this rich collection we have selected a few documents that are particularly striking. Two letters published in the French newspaper Journal de Salonique in 1910, shortly after the Ottoman Parliament extended mandatory military service for the first time to non-Muslim minorities, demonstrate the enthusiasm felt by some Ottoman Jews for this reform. One wonders whether their enthusiasm—or indeed they themselves—survived the Italo-Turkish War (1911–1912), the Balkan Wars (1912 and 1913), the First World War (1914–1918), and World War II (1939–1945). Our next selection is an editorial from the Ladino newspaper La Epoka of Salonica, which denounces two young Jewish women for engaging in artistic activity that was considered disreputable and religiously impermissible, but was condoned, outrageously enough, by their mothers. The last document reflects the fact that large numbers of Jews emigrated from the Ottoman Empire around this time, whether they did so in order to avoid getting killed in battle, to sing freely, or for other reasons. They headed not only for the United States, Western Europe, and parts of Africa, but also for remote corners of South America. It was from a Jewish agricultural colony established in Argentina by the Jewish Colonization Association that the recent emigré David Pisanté wrote home to the chief rabbi of Istanbul for help in dealing with a question of observance unique to the Southern Hemisphere.

Letters from Jewish Conscripts to the Ottoman Army

I was on leave last Saturday so I took a boat ride. Seeing a vendor on the bridge, I bought the Osmanischer Lloyd from him and began to read. At the same time a group of travelers circled around me. They found it strange that a simple khaki [soldier] would know how to read, and a Western language at that.

The Constantinopolitans [Istanbulites] didn’t take long to understand that they were in the presence of a recruit from the new regime, and they overwhelmed me with questions. The word Salonica has the power to fascinate all these good people, who believe our city to be akin to Paris or New York . . .

My superior officer had me go every day to the workshops of the Oriental Railroad. All the khakis that know a trade are put to work and receive a daily salary of three to five piastres.

Military life, such as we live it, is a dream. If it goes on this way, we will return home big and fat, healthy in body and spirit, and bearing fond memories of the barracks . . .

We could not be more satisfied with our lives as soldiers in the Azap Kapı barracks. Last Saturday I received permission to stroll through the neighborhood, which is densely populated by Jews. Upon recognizing me my coreligionists welcomed me warmly and insisted that I join them in their homes.

In the one dormitory we are seven Greeks, two Bulgarians, two Jews and thirty-seven Muslims. We live together like true brothers. But there is a downside: during meals the tables are set with [non-kosher] bowls of soup, including vegetables and rice. Our companions from the countryside delight in it. For us [Jews], it is still very difficult to [bring ourselves to] eat it. [. . .] If the government could find a solution to the question of food, I am convinced that many Jews would not only perform their service joyfully but that others would ask to register as volunteers.

At night in the dormitory a sergeant stands guard, and every time he sees a soldier who is not well covered, he tucks him in with care. The minister has ordered beds and new blankets.

I must also take advantage of this opportunity to ask you to thank the valiant members of the Club des Intimes through the pages of La Epoka. We are indebted to them for having undertaken their work armed with superhuman courage. The beautiful and unforgettable celebrations that the Club des Intimes organized on our behalf remain engraved in our hearts and will never be erased . . .

Along the quay, near the White Tower, there is a café where two young Jewish girls from Salonica sing every day, including Shabbat. In truth we do not find their behavior as low as that of other young women, since [in this case] it is driven by pure necessity. What we cannot tolerate is the presence of their mothers in their kofyas, antares, and devantales [traditional Sephardic women’s clothing] at their daughters’ concerts.

Let us explain our position. It is not enough that these women, who call themselves Jews, take great pleasure in permitting their daughters’ shameful performances. By asking them to work on Shabbat they also commit a thousand base deeds that bring no honor whatsoever to our nation [the Jews].

We felt it was our duty to call the attention of the authorities to this matter. We ask that they do everything in their power to protect us from condemnation. We have been informed that there exists a group of young men willing to present themselves to the chief rabbinate in order to bring forward further information about this issue so as to prevent a great desecration of God’s name and of the name of our people.

How Should One Pray South of the Equator? Argentine Immigrants Seek Rabbinic Judgment from Istanbul

Letter from David Pisanté in Rosario to Haim Nahum in Istanbul, June 16, 1914, from The Central Archives for the History of the Jewish People (Jerusalem), translated from Spanish by Devi Mays

Permit me to bother you in the name of the Jewish collective of Rosario, because of a divergence of opinion arising between us, about which we desire your guidance. I am referring to a verse in our daily prayers, “Who causes the wind to blow and the rain and the dew to fall.”

First I have the duty to remind you, as you will already know, that the seasons in South America are the opposite of those of Europe; that is to say that from Passover to Sukkot it is autumn and winter, and from Sukkot to Passover it is spring and summer. As the abovementioned verse refers to the seasons from Passover to Sukkot, it is our obligation to read the prayer inversely.

Permit me to express the reasons that are invoked in opinions contrary to the abovementioned one. Some men say that, as we are Europeans who have always maintained the conviction of returning to our maternal land and who have not encountered upon our arrival in the Republic of Argentina any established community of Argentine coreligionists, and because we ourselves have been the founders of this community, we must follow the European custom.

The answer to these men is that it is not possible to ask Providence for the dew and rain of the summer when here it is wintertime, just as one cannot ask for the contrary.

One of our Arab coreligionists from Beirut tells me that we must conform to the custom of those from Jerusalem, as we are always aspiring to the Promised Land, and this is proved by our motto, which we never forget and which we repeat in every circumstance, “If I forget you, O Jerusalem, let my right hand wither . . . “Next Year in Jerusalem” . . .

I had to tell this man that this has nothing to do with history and that it pertains only to the divisions of the seasons. Each person must pray according to the zone in which he lives.

The third group invokes the reasoning that the holidays of Passover and Sukkot serve as the point of departure for these verses. The first heralds the summer and the second, the winter, and we must conform ourselves to them.

My response to them as well was that this is in conformity with the European seasons and not with the South American ones, and that doing as these men say would cause harm to our coreligionists, who are mostly grain traders, as well as to those of diverse nationalities who find themselves in Latin America. As a result, while we maintain legitimate aspirations toward the state of our birth as well as toward our Promised Land, as long as we find ourselves in the Argentine Republic, we should ask that God give his natural gifts according to the South American seasons rather than the European ones.

Should it please your Eminence to deign to honor me with an answer to the address indicated, I offer the illustrious representative of our creed my highest consideration. 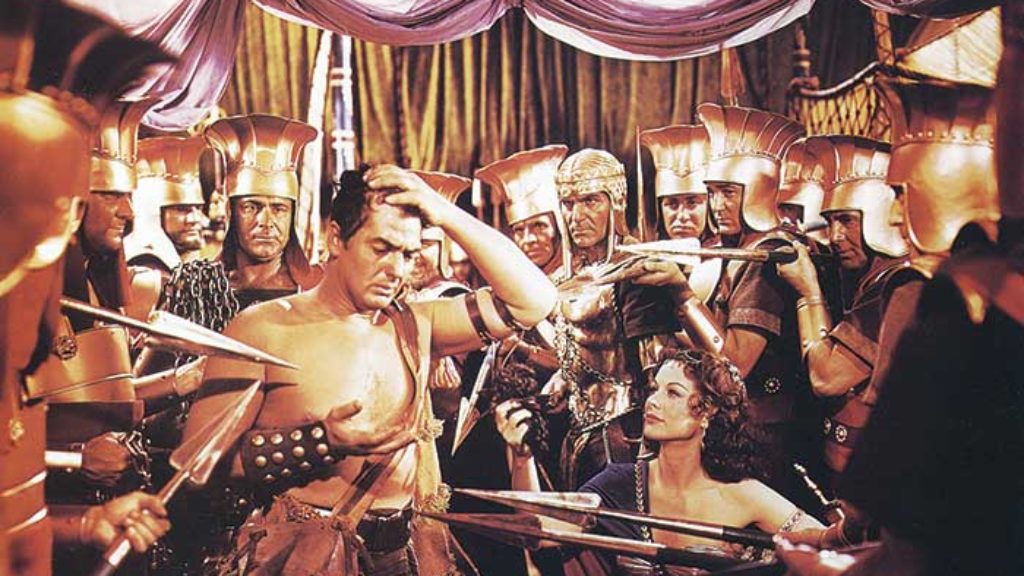 Stanley Kubrick was a New York Jew, fascinated with photography, jazz, and chess. He took evening classes at City College and studied at Columbia with Lionel Trilling. 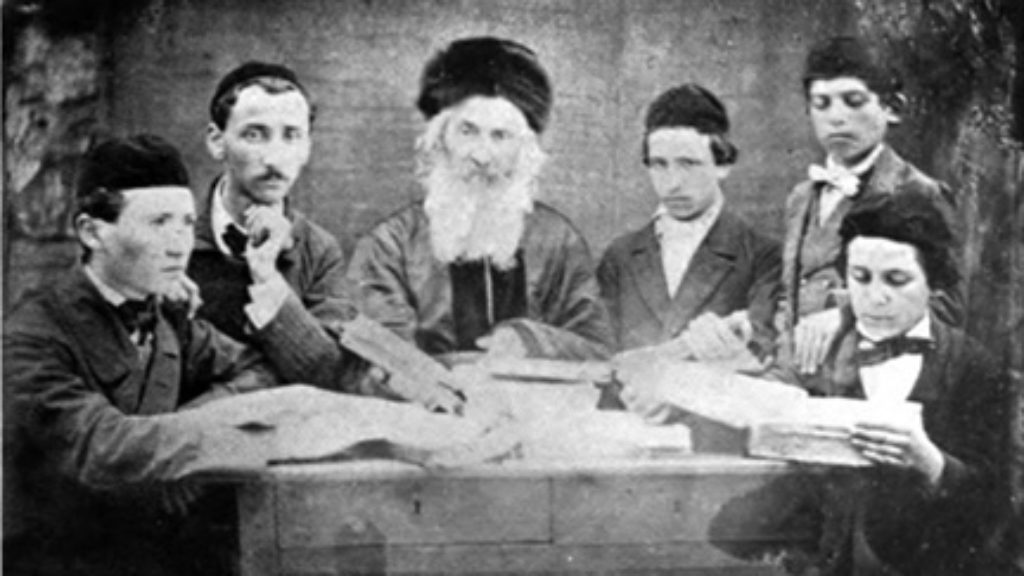