Many readers who hate the inside of a doctor’s office still relish a tale of the conquest of a new and exotic disease told by a physician with literary talent. Few, however, have had the experience of reading a physician’s poetic reflections on his profession and its limitations. For that sort of thing, we have to look far afield, to an age with a radically different aesthetic sensibility.

In the Middle Ages, a poet might praise God for His creation of the human body. Hoping to make his dietary advice more palatable, he might present it in verse. Out of an ornamental impulse, he might beautify a medical treatise with a poetic prologue. To aid in memorization, he might even cast a work of medical theory into rhymed couplets. What follow are several Hebrew examples of this genre.

Our first author, Isaac Israeli (ca. 855-955 C.E.), a Jewish Neoplatonist philosopher in North Africa, was also a renowned physician. His Arabic treatises on diagnosing patients from their pulse and urine were medieval classics. They were translated into Hebrew and then Latin and became part of the medical school curriculum in the universities of Europe. This selection is a brief preface to one of his other works, a book on food and diet. Composed, perhaps, by his medieval Hebrew translator, it compares a sick man with a ship in a commonly invoked image suggesting the limits of the medical profession. No matter how good the pilot, if the storm is fierce enough, the ship will go down.

One of the greatest medieval Jewish poets, Moses ibn Ezra (ca. 1055/1060-ca. 1138 C.E.), known for his passionately beautiful penitential verse and his highly Arabicized love poetry, also wrote a Neoplatonic philosophical treatise in Arabic. As a preamble, he composed a 166-line Hebrew poem, perhaps his longest, describing creation from the elements and the celestial bodies down to the world below. Our third selection comes from the section on the miracle of human life and growth.

Our final selection: This subtly parodic poem turns on the witty use of a biblical quotation (Isaiah 51:14): “The captive exile shall speedily be loosed.” Here, the word for “captive exile,” tzo’eh, echoes the Hebrew word for excrement, tzoah, spelled with the letter aleph instead of ayin. Along with bloodletting, a favorite remedy of medieval physicians was the purgative. The poem, written by an unknown author, describes a patient suffering from constipation who is not only being administered a powerful laxative but being asked to pay for his cure up front. It is one in a long tradition of satiric poems on the greediness and incompetence of physicians, of which a 12th-century couplet by Joseph ibn Zabara is a well-known example: “Time says to the fool, ‘Be a doctor, you’ll kill people in return for their wealth. / And you’ll do better than the angels of death, for they kill men at no charge.'”

Dress yourself as a physician, wrapped in a cloak,
When you approach princes or patients.
Contemplate the face of the patient and its signs
And judge the causes from the symptoms.
Don’t open your mouth to make promises
Until he weighs out silver shekels for you.
And if the signs look favorable in your eyes
Work for him as for your prince and lord.
But take care lest you be hasty in spirit
Do not promise to resurrect the fallen
Or offer vows of healing or improvement.
Know that it is not in your ability to fulfill them;
To God alone belongs this power.
The physician can make one healthy,
If one likens the sick man to a ship
In the heart of the seas; the doctor is but the pilot.
With your lips make smooth your words;
Cheer your countenance for the sick and the low.
With your righteous hand give kindnesses
And with your compassionate tongue utter words
Guide them well in food and drink
As you will find in this Book of Foods;
Consider well this treatise,
Which was written by Isaac great in deeds.

Medicine is defined as the healing of those who are sick,
and preserving health for those who are healthy.
Into theory and practice it is first divided;
theory in turn is divided into three parts.
The natures and types of men are seven
and the causes of how they behave are six.
With three branches of sickness, mentioned in the books,
their causes and symptoms.
The practical branch is itself divided into two,
the first being corporeal healing.
The second, determined by signs, being
diet set according to the nature [of the patient].

To begin with the seven [naturals], know the four elements,
whose substances result in the temperaments.
If Hippocrates is right,
they are air, fire, water and earth.
This is signified by the fact that those who die
are transformed into them at dissolution.
If the foundation of all were but one element,
then one would not suffer so at death. […]

He thought to create man in His image and in His likeness, by his deeds
to be like Him and His creations.

And, to start, formed him from elements He had created and chose dust for
his being, as the principle of his construction.

He made someone corresponding to him, from his ribs, as a help for him, to perpetuate him, as his pattern and the image of his being.

To pour him out as a drop of milk, to curdle it with the placenta, to clothe it with flesh, sinews, and bones.

He formed behind and before, created below and above, ordained right and left: his dimensions.

He framed his body by hand, then strengthened his tendons and wrapped them with skin and flesh as tunics.

In the belly He formed him and nursed him on his mother’s blood and
bestowed good on him in his darkness and his cell.

At the end of his time he goes forth into the world, trusting himself to the breasts of his mother and the bosoms of his nursemaids.

With the five senses He adorned his form; they are an ornament to his body, jewels of delight.

He formed him fair of face and figure, prepared his ribs and neck, arranged
his columns.

Set eyes to see, a mouth to speak, and a nose to scent with snorting nostrils.

A tongue well placed that whistles like a bird of prey to explain the recesses
of his heart and its circumstances,

That interprets his mystery to one who inquires, clarifies his ideas, and
makes known his hidden thoughts.

Hands to move and feet to travel and an ear to convey to his heart what it
has heard.

With his body to feel, with his palms to grasp, with his thighs and legs to
tread his paths.

He formed understanding and wisdom in his head for remembrance and guardianship, and gave them to the heart as gifts.

Within man the heart it was placed like a king upon a throne and all the
limbs are like its servants and maidservants.

And [the heart] was created like a flame, inclining its head so that it does
not heat, and on the left, the spleen, to warm, with its light and its fires.

As for the head, it is a help with his deeds all his days, and it strengthens by advising [along] with his loins and his kidneys.

In truth, a heart to give him life and a liver to make him fruitful and a head to teach him the thoughts of his mind.

The liver changes his food to blood and constantly sends to his body its portions and its gifts.

Over the heart lies the wing of the lung with its breaths, to let out the smoke and to cool it.

The path of the breeze through the throat to give him voice, and articulation by the palate and teeth and tongue and lips. […]

He completed the work of all his openings and diaphragms, channels for his urine and a pathway for his filth.

Among them He ordained paths for all the secretions of the body like his saliva and his tears and his spit and his sweat.

But He made him a little less than God, for while He is in life, he is dust and dwells in the dust. […]

While it is yet evening, physician, shine like the moon,
and in half a moment you will be demanding
ransom from the heart-sick while his bowels strain.
For see, he trusts in you.
Very speedily is the captive exile released;
prepare for his agony an apothecary’s art. 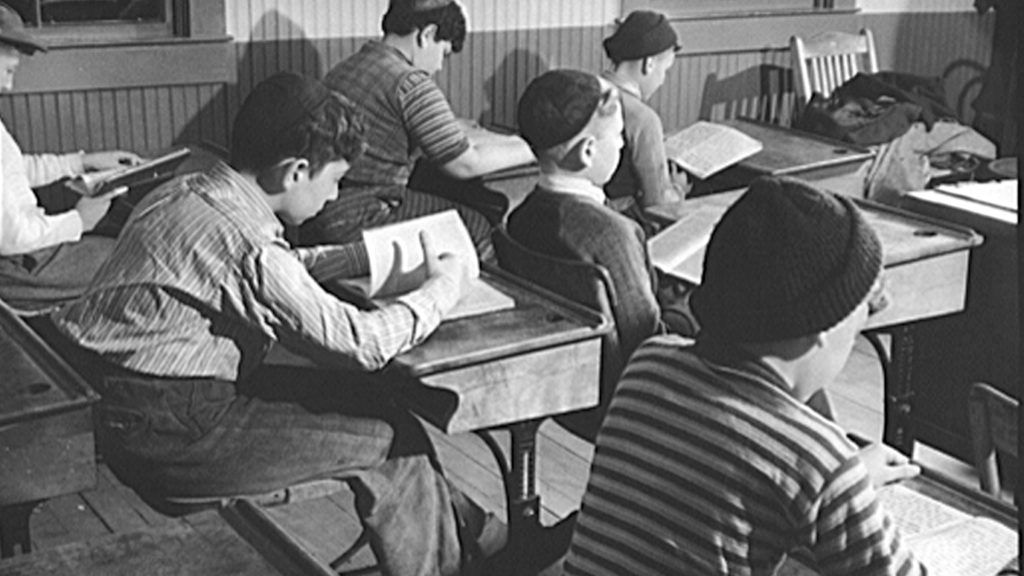 A Cipher and His Songs

At age 97, Herman Wouk returns to Moses and goes postmodern. 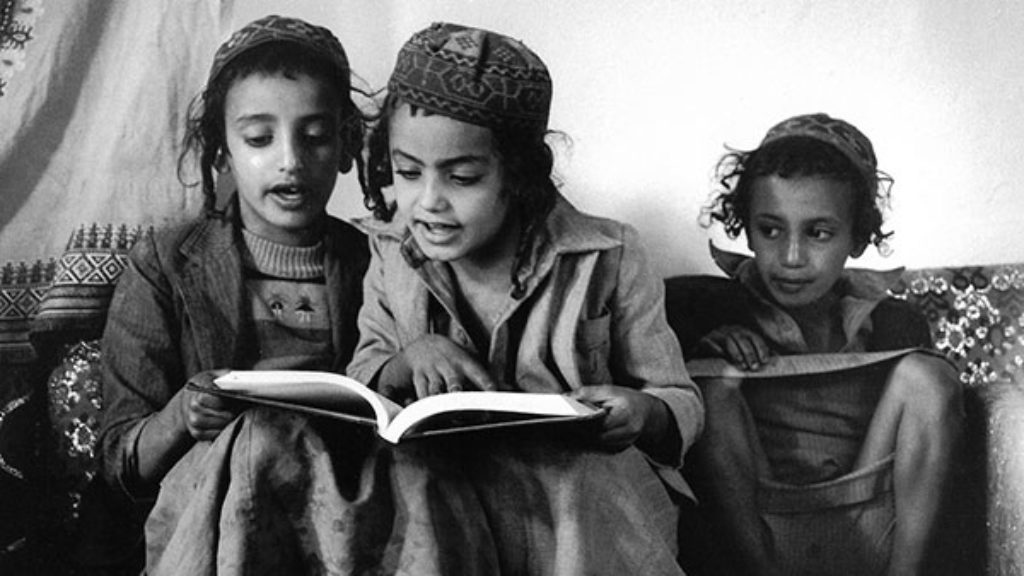