God's Battalions: The Case for the Crusades

The Crusades, Christianity and Islam

The Crusades were a major development on the medieval European scene, but their effect was, in the end, ephemeral. The forces of Christendom conquered Jerusalem in July 1099, but losses piled up after that. In 1187, Jerusalem fell to the resurgent forces of Islam under Saladin, and, in 1290, Christians had to abandon their last stronghold in Palestine.

Rodney Stark is a sociologist at Baylor University who has emerged of late as a major academic apologist for medieval Christianity. One of Stark’s most recent books is titled The Victory of Reason: How Christianity Led to Freedom, Capitalism, and Western Success. His latest bears a similarly polemical title: God’s Battalions: The Case for the Crusades. To many readers, this will seem a tough case to make. The great historian of the previous generation, Sir Steven Runciman, summed up his monumental three-volume history of crusading with the following:

High ideals were besmirched by cruelty and greed, enterprise and endurance by a blind and narrow self-righteousness, and the Holy War itself was nothing more than a long act of intolerance in the name of God, which is a sin against the Holy Ghost.

Although Runciman is one of the scholars upon whose work Stark draws, he does not, to say the least, share his convictions. By contrast, Stark ends his book with this pithy five-sentence conclusion:

The Crusades were not unprovoked. They were not the first round of European colonialism. They were not conducted for land, loot, or converts. The crusaders were not barbarians who victimized the cultivated Muslims. They sincerely believed that they served as God’s battalions.

The four negative sentences reflect leading negative accounts of the Crusades that Stark has attempted throughout to disprove. The final sentence—the only positive one—provides the title for the book and Stark’s justification for crusading: the crusaders “believed that they served as God’s battalions.”

At the outset, Stark acknowledges that the Crusades have not lacked for historians and that he is not one of them. Rather, he says, he has set out to “synthesize the works of these specialists into a comprehensive perspective, written in prose that is accessible to the general public.” But lucid overviews of the Crusades, written by specialists, abound. I count at least a half-dozen over the last 5 years, including: John France, The Crusades and the Expansion of Catholic Christendom; Thomas F. Madden, The New Concise History of the Crusades; Jonathan Riley-Smith, The Crusades: A History; Christopher Tyerman, God’s War: A New History of the Crusades; Jill N. Claster, Sacred Violence: The European Crusades to the Middle East, 1095-1396, and, this year, Thomas Asbridge, The Crusades: The Authoritative History of the War for the Holy Land. What Stark has provided instead is a kind of lawyerly brief for the Crusades in which evidence is used selectively. It is not an attempt to understand or vividly recreate two hundred years of medieval history; it’s the case for the defense.

Stark begins with a definition: “I exclude the ‘crusades’ against heretics in Europe and accept the conventional definition that the Crusades involved conflicts between Christendom and Islam for control of the Holy Land, campaigns that occurred between 1095 and 1291.” He then adds the following: “However, unlike most conventional Crusade historians, I shall not begin with the Pope’s appeal at Clermont, but with the rise of Islam and the onset of the Muslim invasion of Christendom. That’s when it all started.”

Thus, Stark cites a “conventional definition” of the Crusades, but quickly expands it beyond recognition. In other words, Stark’s Crusades began four hundred years before the Church declared a crusade; Stark’s Crusades do not include initiatives that the Church specifically called Crusades; and, for all we know, Stark’s Crusades may not have ended yet. Indeed, what is the point of opening his book—as most Crusade historians do—with Pope Urban II’s proclamation in 1095 if in fact that call represented nothing new? If Stark’s definition of crusading differs dramatically from that of contemporary Crusade historians, it also clashes with the one enunciated by the Roman Catholic Church, which, after all, coined the term and controlled the phenomenon. The Church certainly considered the assaults on heretics to be genuine Crusades and provided the Christian warriors involved in these campaigns with all the temporal and spiritual privileges (including forgiveness for previous sins) of those who took on the cross to fight for Jerusalem.

Stark’s treatment of crusader assaults on the Jews of Central and Eastern Europe in 1096—to which he devotes a scant two pages—is typical of his methods. These assaults, he argues, were perpetrated by rogue bands of German crusaders while being resolutely opposed by the bishops, and condemned by mainstream Christian chroniclers and thinkers. Thus, the Church, in Stark’s view, bore no responsibility for these attacks. But can the matter really be so easily resolved? It is indeed true that such violence was not what Pope Urban envisioned at Clermont, and that many of the Bishops bravely shielded Jewish communities under attack, or at least attempted to do so. Moreover, little of the anti-Jewish activity can be attributed to the organized armies commanded by noblemen, though Godfrey of Bouillon, who was to become the first Crusader ruler of Jerusalem, seems to have extorted money from Jewish communities with threats of further violence, on his way up the Rhine River. But there is more to the story than this, if one is intent on actually understanding history rather than acquitting historical clients. A contemporary Jewish chronicle of the Crusades describes the motivations of the attackers as follows:

We travel to a distant land to do battle … We take our souls in our hands in order to kill and subjugate all those kingdoms which do not believe in the Crucified. How much more so [should we kill and subjugate] the Jews who killed and crucified him?

Other Jewish chroniclers understand their attackers motives similarly. It was precisely some of those who were most conscious of their role as members of God’s battalions, and were convinced that redemption was at hand, who attacked and murdered Jews. This suggests that one of the essential lessons of the Crusades is that the ecclesiastical valorization of violence can easily and dangerously spin out of control. Bernard of Clairvaux pointed clearly to this possibility in his well-known admonition against anti-Jewish violence at the outset of the Second Crusade: “I have heard with great joy of the zeal for God’s glory that burns in your midst, but your zeal needs the timely restraint of knowledge.” The calls to crusading regularly, and predictably, outran “the timely restraint of knowledge.”

Stark’s accounts of other aspects of the Crusades are a similar mixture of potted history and special pleading. He strains mightily to minimize and justify the carnage described by the triumphant crusaders themselves (“men rode in blood up to their knees and bridle reins,” wrote Raymond of Aguilers). Yet again, Stark’s aim is not to understand the Crusades; it is to restore the simple image of the chivalrous knight liberating Jerusalem from the nonbelievers.

Those interested in genuine thoughtful reflection on the Crusades by one of its major historians ought to turn to Jonathan Riley-Smith’s The Crusades, Christianity, and Islam, originally delivered as the Bampton Lectures at Columbia University. Riley-Smith treats the dominant period in medieval crusading—the late 11th-through the late 13th-centuries—with the sure touch of an expert. He is, at the same time, much interested in the subsequent history of the Crusades as ongoing reality and potent image. He writes:

Since crusading was far more embedded in Christian history than nearly everyone in the West now wants to believe, one purpose of this book is to draw attention to the gulf that has opened up between the historical actuality . . . and modern convictions.  I will try to explain how the Crusades were viewed in religious terms by the Christian faithful, how the language associated with them was appropriated by Europeans in the age of imperialism, and how [this] rhetoric, itself a distortion of reality, was in the twentieth century distorted again both in the West and in Islam.

Early on, he notes that recent research has led scholars like himself “to reject the long-held belief that [crusading] was defined solely by its theaters of operation in the Levant and its hostility to Islam—with the consequence that in their eyes the Muslims move slightly off center stage—and many have begun to face up to the ideas and motivations of the crusaders.” Riley-Smith and his fellow historians have begun to see the Crusades less in terms of its targets and more in terms of the pressures and needs of medieval Christian society. Stark, who cites a dozen items from Riley Smith in his bibliography, ought to have taken note.

Further, Riley-Smith shows that the complex composition of the medieval crusading forces, along with poor funding, limited preparation, and popular enthusiasm made it inevitable that the Church and its secular military leadership would not be in full control. To argue that the Church did not sanction the excesses of its warriors is, as Bernard of Clairvaux had already realized in the 12th-century, and as a sociologist like Stark ought to have realized now, is insufficient.

Riley-Smith’s reflections on the afterlife of crusading are just as cogent, especially with regard to the image of the Crusades in the 19th-century. Romantic misrepresentations of crusading came in two varieties in that period. In one, crusading represented the efforts of a more advanced society to bring its advantages to the backward Islamic world; in the other, the barbarous warriors of the West sought to impose their will on the cultured sphere of Islam. Both the modern Islamic world and the modern West have absorbed these distorted 19th-century perspectives, with harmful results. The juxtaposition of crusading and imperialism has created a counter-juxtaposition of anti-imperialism and anti-Christianity, which has become a powerful force in the contemporary Islamic world.  In the West, a corresponding counter-rhetoric has emerged, of which Stark’s book is an apparent example. Here is a case where actual historical understanding could serve useful political ends. As Riley-Smith writes:

We cannot hope to understand the circumstances in which we find ourselves unless we are prepared to face up to the fact that modern Western public opinion, Arab Nationalism, and Pan-Islamism all share perceptions of crusading that have more to do with nineteenth-century European imperialism than with actuality.

The Crusades must be studied and analyzed for what they were, what they teach about medieval Christendom and Christianity, and what they reveal about the human situation altogether. God’s Battalions, which trumpets on its back cover that it will tell the reader “the truth about the Christian Crusades and Muslim Jihad,” does neither. 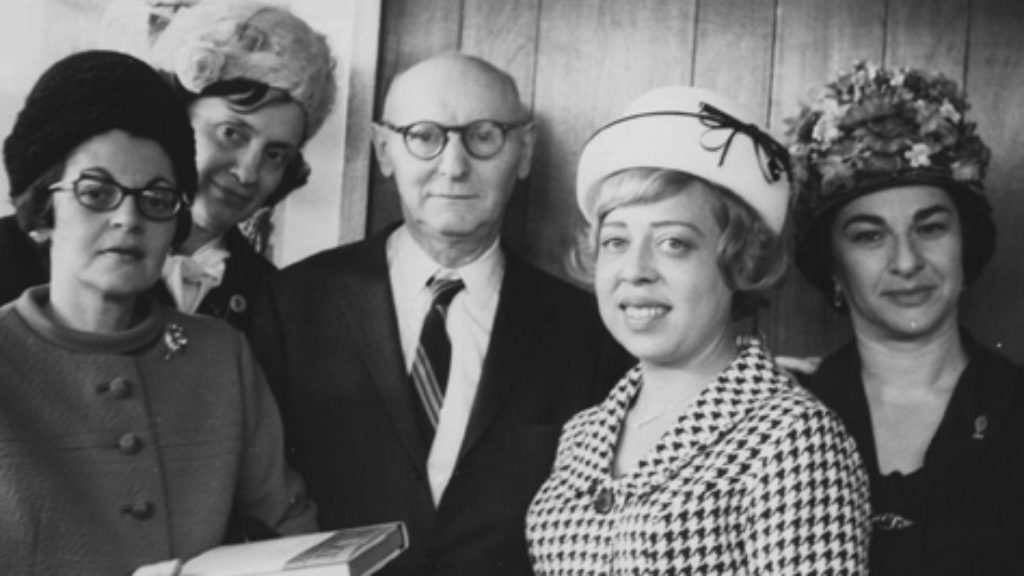 A Harem of Translators

Singer insisted that all foreign-language translations of his work be based on the English versions. And most of them were done by young women who closer to typist-editors than true translators.