The autobiography of the matriarch and businesswoman Gluckel of Hameln (1646-1724) has long been available in English. So has the autobiography of Solomon Maimon (1753-1800), the philosopher and notorious heretic. But the other major Jewish autobiography of the eighteenth century, that of the sage and heresy-hunter Jacob Emden (1698?-1776), has up to now been published only in the Hebrew in two faulty editions (Warsaw, 1896 and Jerusalem, 1979), and, interestingly enough, in French (1992). Emden wrote in the flowery Hebrew, replete with biblical and rabbinic allusions, that was characteristic of his time. He was also strikingly candid, almost modern, in his descriptions of himself and others.

This excerpt from Emden’s fascinating tale comes from a section of the book dealing with the life of his father, Chakham Zevi Ashkenazi (1660?-1718), a man after whom Emden patterned himself in many ways. It has been translated for us by Rabbi Jacob J. Schacter, University Professor of Jewish History and Jewish Thought at Yeshiva University, who has written extensively on Emden’s life and work. Professor Schacter is currently preparing a critical edition of the Hebrew text from a manuscript in the Bodleian Library of Oxford University, from which this excerpt is taken.

My revered father was also of beautiful form and fair to look upon (Gen. 39:6) and, with this, practiced extreme piety from his youth. As a result, enormously wealthy people desired him [for their daughters]. He was engaged to and married the daughter of a very rich man, from among the wealthy of the community of old Buda, who spent a great deal of money on his behalf. In Buda, my revered father was a considerably rich man. Subsequently, he was the rabbi and Chakham of the community of Sarajevo in the land of Bosnia among whose residents there also were extremely affluent men. When the city of Buda was captured by the [Prussian] king, may his majesty be exalted, the entire [Jewish] community went into captivity. The feet of my grandfather and grandmother were put into fetters and the commander of the Prussian army, who captured them and into whose lot they fell, brought them to Berlin where they were ransomed.

My revered father escaped from there through a miraculous and wondrous event when the city first came under siege. A fiery ball from a large fire barrel called a cannon came and fell upon the house in which my revered father of blessed memory dwelt. It smashed the house into chips and splinters, and the [cannon] ball killed his first wife together with the young girl he had by her. He was in another adjoining room in the house and it did not harm him at all. He was saved by the mercy of God upon him (Gen. 19:16); it was a miracle. From there he fled and escaped (1 Sam. 19:18) … He was [then] accepted as rabbi in

the holy community of Sarajevo and served that congregation, which treated him with great respect, until the siege of Ofen ended. When the city of Sarajevo’s time approached and it too came under siege by the armed forces of the [Prussian] king, may his majesty be exalted, and when he heard that his father and mother were captured, my revered father left and departed from that country and came to the land of Germany. Throughout the long way and difficult wandering he did not want to accept gift[s] from any person even though he enjoyed a great reputation [and] wherever he came they [i.e., the local inhabitants] trembled [with respect] before him. He managed with the little bit of money found in his possession. When he arrived in Venice, he was a guest at the home of the distinguished, pious, and eminent scholar, the honorable master, Rabbi Samuel Aboab, may the memory of the righteous be for a blessing, who demonstrated an extra measure of affection for my revered father. There the money was exhausted from his pouch, practically every penny was gone from [his] pocket. [However], in a wondrous way, God arranged for him [to meet] one of the Hungarian noblemen who owed him a certain amount [of money]. He came there, “having been caused to come to the same inn,” and paid my revered father his entire debt in full. Thus, he was not compelled to abandon the virtue of piety to which he clung from his youth, to hate gifts, in keeping with what our Sages said, “A man is led [by God] along the path he [himself] wants to follow” (Makkot 10b), for the Lord was with him (Gen. 39:23). From there he went to the state of Ansbach.

It was at this time that an unsavory event occurred with the very prominent wealthy man, Modl Ansbach. He had succumbed to an overpowering compulsion [to yield to] the temptation of his passions which enticed him into marrying a woman who, by rabbinic law, was forbidden to him. He requested of one hundred rabbis that they permit her to him. He [indeed] found several of them in the land of Poland whence he sent “a messenger to commit a sin” with a bag of [bribe] money in his hand. For pieces of silver several of them consented to him, to release the bond of the prohibition. Some he bribed with a great deal of money and obtained their signatures; with regard to others, he falsely claimed [their support]. When my revered father of blessed memory passed through there, this communal leader tried to persuade him as well and begged of him that he too should sign for him the writ of permission. He tried to open the palm of his hand [i.e., to bribe him] in order to achieve his desired goal. [However,] my revered father scolded him, threw him out with a rebuke, and spat before him for having asked him [to do] such an improper thing.

What punishment was forthcoming for Modl? This matter is widely known and has been publicized. For after having in fact married her, [he became very ill] and [his] limbs dropped off. Thus, from Heaven they were separated so that they not be joined with one another in sin. This was a great sanctification of the Divine Name for it became abundantly apparent how much greater and more stringent are the words of the Sages than the words of the Torah [i.e., biblical law]. For every day we see deliberate sinners like usurers, thieves and robbers, perjurers, those who shave their beards and [generally] transgress against the Torah. Yet, the Holy One, blessed be He, defers His anger, witnesses His shame and is silent. He does not collect from them His due in this world; on the contrary, He repays them their reward to their faces, to destroy them. [However,] regarding the decrees and ordinances of the Sages, he is not indulgent and does not wait. Punishment is not long in coming, God forbid, in order to demonstrate His love for them [i.e., the Sages], for all their words are like coals of fire. Thus do we find [here] explicitly that He was more stringent in enforcing the honor of the righteous than His own honor. This has [in fact] occurred frequently as can be determined by any intelligent Jew who will examine historical events and not consider them matters of chance. As I will further inform you later on, we have seen and know for a certainty that the end of a person who transgresses against the words of the Sages will be [either] premature death or poverty and ugly afflictions worse than death.

After various vicissitudes, my grandfather, together with his wife, my grandmother, came to Altona and [there] beheld their beloved son, my revered father of blessed memory, held in high esteem. He had already married my revered mother, the Rabbanit, may she rest in peace, as I will write later, with God’s help. From there they traveled to the Holy Land via Poland and merited to settle in Jerusalem, may she be built and established speedily in our days. 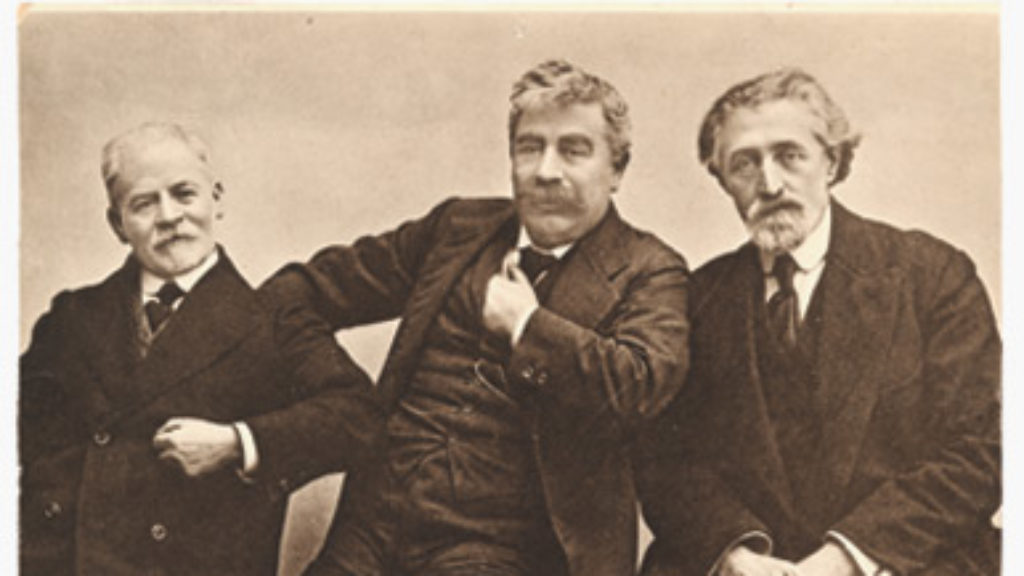 Robert Eisen was walking to campus on 9/11 when he saw a dark cloud above the Pentagon. Alick Isaacs fought for the IDF in Lebanon. Their experiences prompted them to rethink peace and Judaism. 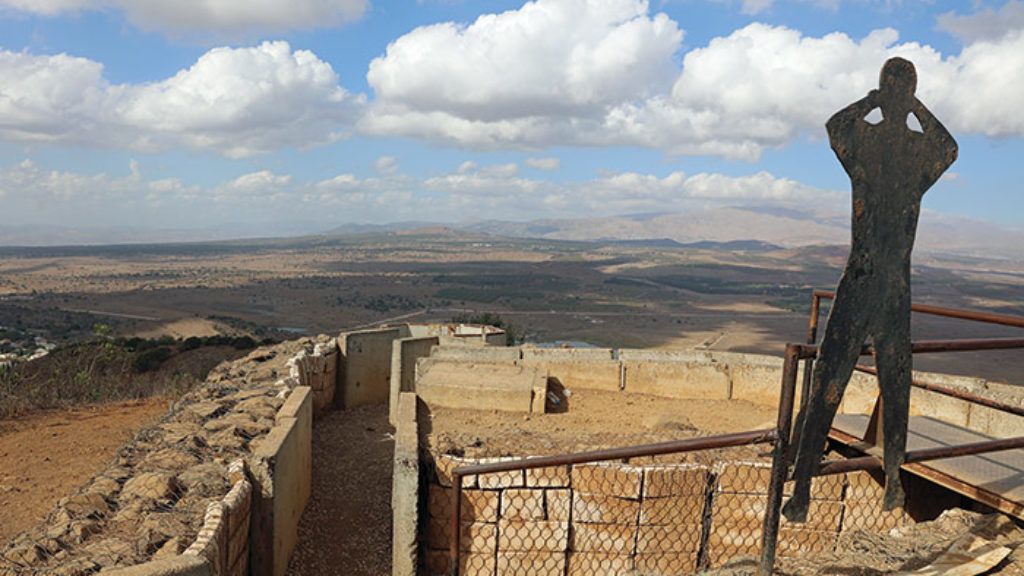