created and written by Ori Elon and Yehonatan Indursky, directed by Alon Zingman

Watch a clip from Shtisel

In the extraordinary Israeli TV series Shtisel, a twenty-something haredi luftmensch named Akiva (Michael Aloni) lives alone with his widowed father, Reb Shulem Shtisel (Doval’e Glickman). Bereft of the comforting presence of the woman of the house (played in dream sequences and flashbacks by Irit Alter Avni), father and son share meals and cryptic conversation at the compact kitchen table like a pair of wounded cats waiting to pounce, but mostly just hurting. There are, as one would expect in the haredi neighborhood of Mea Shearim, many more family members that come and go with regularity. A partial count includes two of Akiva’s siblings Zvi Arye and Giti; their spouses and children, including Giti’s difficult husband, Lipa; Lipa and Giti’s eldest daughter, Ruchama; Nukhem, a not very avuncular uncle; a cousin, Libbi; and the sweet, peppery Bubbe Malka (played by the skilled octogenarian Hanna Rieber in the first season and, after her passing, by Israel Prize recipient Lea Koenig in the second). If there is anything nuclear about this large Jewish family, it is its explosive intensity.

Akiva is a good, if troubled, young man with kind brown eyes. His beard is short but long enough to be respectable, and his gentle face is framed by long pe’ot (sidelocks). He has a teaching position at the local cheder, where his gruff father is the principal. When not teaching his students, sitting with shidduch dates in the lobby of the Kings Hotel, or hanging out with friends at the local kugel joint, he puffs away dreamily on the apartment porch. Something stirs and disturbs his soul.

Akiva is a doodler and from the moment we see his sketches of the animals at Jerusalem’s Biblical Zoo (he is on a cheder field trip, ignoring his students), we know he has talent. Gradually, he too begins to suspect that he might, though where this could lead is a mystery to him. One morning he excuses himself from cheder to see if any of the upscale touristy galleries lining King David Street might be interested in his drawings. Alas, Akiva—who has probably never heard of Marc Chagall—has no idea that there is a glut on the market of pictures of smiling Hasidim. Worse, he is fired for playing hooky and will only be let back if he submits a formal apology addressed “to the principal of the Shaarei Torah Cheder, Reb Shulem Shtisel.” Coming home late, Akiva places the letter next to his father, who has fallen asleep over a volume of Talmud. Bent and snoring, his gray beard pressed on the dining room table, spectacles off and black yarmulke overturned, Reb Shulem seems to embody the heights and depths of haredi devotion, its beauty and crudity, dedication and sloth—and Akiva sees it, as if for the first time. He crumples his apology note, takes out his easel, and paints his first real work of art.

Israeli television has come a long way. David Ben-Gurion was a vociferous critic of the medium, and successive governments managed to insulate Israeli society from American-style TV shows for the first two decades of the state’s existence. It took another two decades until a second, commercial, channel was finally allowed to broadcast in 1986, and then almost two more until anything of value reached the airwaves. Today, Israel has everything from heart-pounding thrillers like Hatufim (Prisoners of War), which inspired the American hit Homeland, to Avoda Aravit (Arab Labor), novelist Sayed Kashua’s wicked satire of Israeli-Arab life. With Shtisel, Israeli TV has entered the artistic world of shows like The Sopranos and Mad Men—works of real aesthetic ambitions and accomplishment with the production values to match that have more in common with the serialized realistic novels of the 19th century than the sitcoms and cop shows that used to typify American TV.

In its first season, Shtisel picked up 11 awards from the Israeli Academy of Film and Television. The second season, which just concluded in January, enjoyed unprecedented critical success and has become a popular obsession across the country’s Jewish secular-religious divide. A third season is promised, and rumor has it that an American adaptation is in the works (one presumes that the Shtisels will be moved to Brooklyn). It may have taken over half a century to get here, but in its depiction of ordinary human love and drama in the cramped flats and overcrowded schools of haredi Jerusalem, Shtisel has turned the rare aesthetic trick of finding the sublime within a particular form of life; it has showed us the way we live now.

One of the most compelling secondary story arcs of the show focuses on Akiva’s sister Giti, whose considerable forbearance and powers of denial carry her family through the pitch-black months of their deadbeat father’s absence, domestic crises, and crushing post-partum depression. In Neta Riskin’s subtle portrayal, Giti is neither a demure haredi wife nor a brave proto-feminist, she is simply a woman doing her best under difficult circumstances.

Although it always has interesting stories to tell and is almost never preachy, Shtisel does have an implicit message: Contrary to chauvinistic Israeli stereotypes, the ultra-Orthodox population is not a swarming mass of parasites, they are as deeply human—flawed, interesting, impossible—as the rest of us. It is no accident that the show’s co-creator, Yehonatan Indursky, is himself a product of the haredi community; his first film was a generous ethnography of the Ponevezh Yeshiva in Bnei Brak. It also makes good sense in this context that the lead editor of the series of season two was the acclaimed Israeli-Arab satirist Sayed Kashua.

Part of the artistry of Shtisel derives from an almost ritualistic obsession with the details that ultra-Orthodox Jews themselves obsess over. In interviews, Indursky has said that there was a full-time haredi mashgiach (ritual/spiritual inspector) on staff to catch any inaccuracies. In fact, the show is so faithful to its specific setting in ultra-Orthodox Jerusalem that it is even hard to imagine its stories transpiring in the haredi city of Bnei Brak. Clearly, the overwhelmingly secular cast has invested tremendous energy not only in learning how to talk like haredim—a fair amount of the dialogue is in a distinctly Jerusalemite dialect of Yiddish—but also in adopting the minute, everyday habits that express a way of life. One shudders to think of what actor Doval’e Glickman’s lungs went through while learning to smoke like a pensive lamdan. To its credit, Shtisel does not exoticize the profound differences between secularism and the rigidity of the ultra-Orthodox world. Instead, it exploits the intense semiotics of haredi life to create a rich modern portrait of a community at turns at war with or oblivious to what most of its audience consider essential aspects of modern living.

Depicting love in a community that does not tolerate public displays of affection or even permit touching non-related members of the opposite sex is obviously a challenge. Rather than seeing it as a dramatic impediment, however, Indursky and his colleagues mine their subjects’ strict sexual code for gentle comedy and productive tension. When Zvi Arye Shtisel’s wife becomes enamored with the possibility of her husband achieving fame as a Hasidic singer, she subtly suggests that, given the late hour, it’s time to go to bed. The accomplished talmudist claps his hands together with satisfaction in a gesture he might employ if he had just solved a textual crux—and follows his wife into the bedroom. An early scene in which Akiva lends a space heater to a young widow named Elisheva (delicately played by the Israeli star Ayelet Zurer) pulses with erotic energy although there is not a trace of physical contact.

Like a great novel, Shtisel manages to imbue small moments with human substance and dramatic heft. On the day marking the conclusion of the year-long mourning period for the family matriarch, the extended Shtisel clan recites the traditional Psalms at her grave and then returns home to a meal of heimische food and a first taste of the music that had been forbidden to them as mourners. As the chatter dies down, Shulem announces that “the moment has arrived” and ceremoniously presses play on an old cassette player. The saccharine strains of the Pirchei Jerusalem Boys Choir fill the room. The scene could easily have been played for comedy (the incongruity of the technology, the kitschiness of the music), and it is funny, but what we feel most acutely is the poignancy of this particular moment for this particular family. 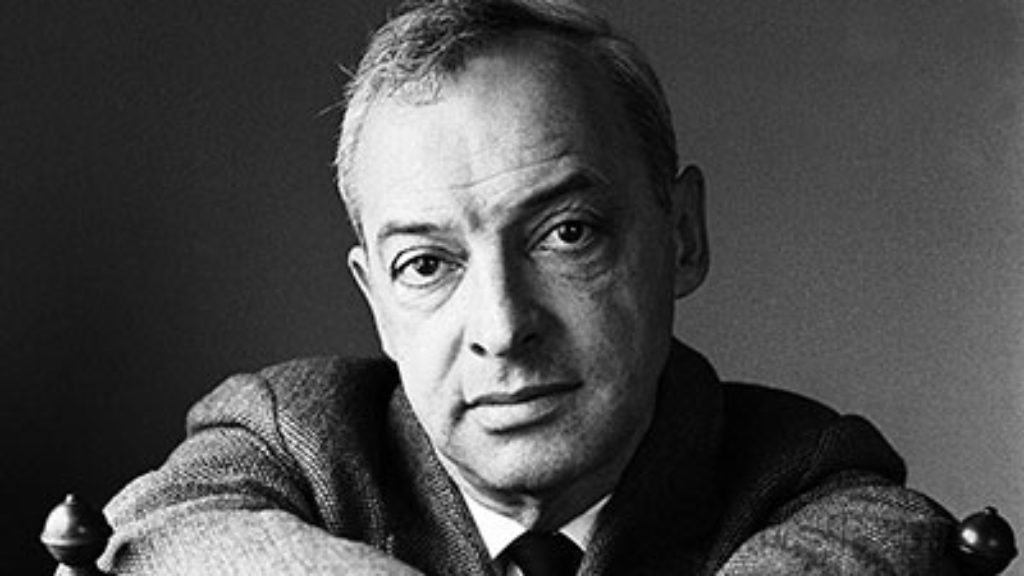 “I thought you knew that I belonged to the Truth Party too,” Bette Howland wrote her fellow novelist, mentor, and sometime lover, Saul Bellow. Her son recently found a new cache of letters between them that illuminates two brilliant artists at work. 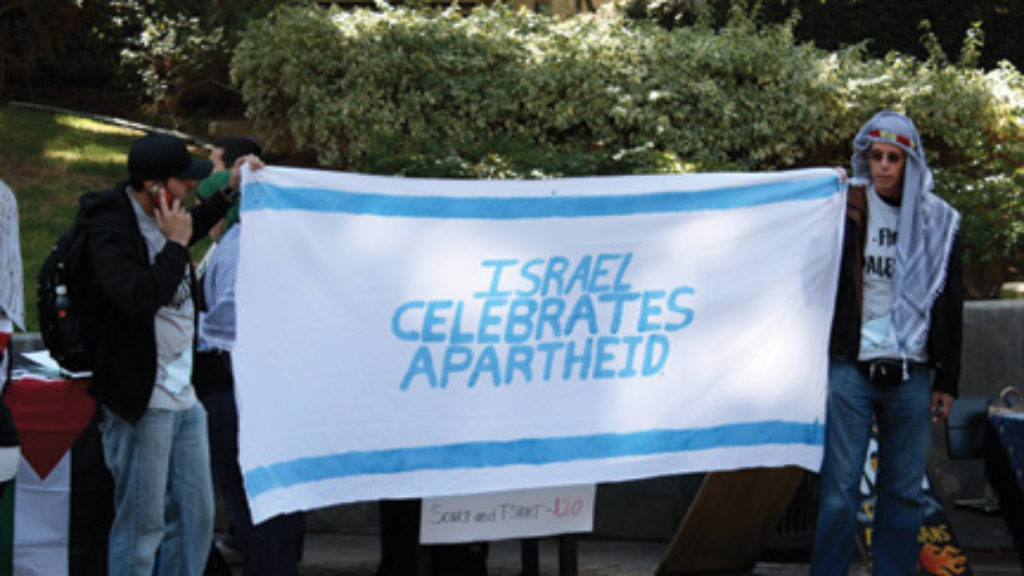 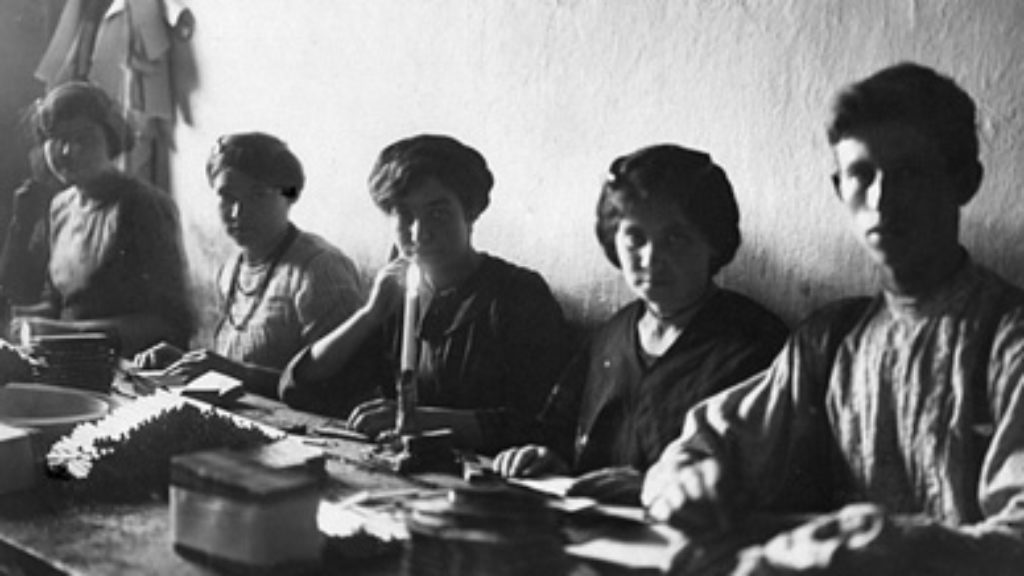