Watch an episode of Soon By You

The phrase “soon by you” is one that every unmarried Orthodox person has heard uttered by well-meaning married adults, perhaps in its quasi-Hebrew incarnation: “Im yirtzeh Hashem by you” (God willing, for you too). Heard most often at weddings and engagement parties, it is, basically, a blessing, but often comes across as condescending, with the implication that being single and Orthodox is a problem that needs solving (soon). This would have been as obvious (“a truth universally acknowledged”) to Jane Austen as it is to lead character Sarah Feldman’s annoying Aunt Dini in the charming new web series Soon by You. But Sarah (played by Sarah Scur) and her friends are not only Modern Orthodox Jews but 21st-century Manhattanites who live in a larger world where this is anything but obvious.

This is the ambiguous space that Soon by You inhabits. It is indebted to ensemble comedies such as Friends and Seinfeld, which feature a group of urbanite friends who have romantic intrigues and undergo everyday mishaps with no particular telos other than the indefinite continuation of their camaraderie and zany shenanigans. But its characters are religious Jews who still practice old-fashioned courtship rituals with the express, though often unspoken, goal of marriage.

The first episode opens with David (Danny Hoffman, also the co-writer of the series), a formally dressed wholesome young rabbinical student, racing to meet a young woman named Sarah Jacobs for a “shidduch” (arranged) date at the (real-life) kosher restaurant Eighteen. Late, but considerate to a fault, he is slowed down by a compulsion to help an elderly lady up the subway stairs, fix a traffic cone he’s knocked down, and so on. It turns out that the matchmaker was spectacularly misguided in setting up David with the vain and aggressively conventional, though ultimately rather appealing, Sarah Jacobs (played to comic perfection by the creator of the series, Leah Gottfried). But the hand of fate, and the meet-cute dictates of romantic comedy, intervene to have David initially sit down at the wrong Sarah’s table. This Sarah (Feldman) is a soulful young artist who is herself waiting for what will turn out to be a very bad date. In the few moments before things are sorted out, David and Sarah (the right Sarah) discover that they have the kind of instant flirty, fizzy rapport for which everyone in the dating scene pines. The comedy of errors that follows over the next two episodes, a lost phone number, a poorly chosen seat at the Shabbat table, prevent the couple from connecting in a serious way. As in all marriage plots at the midway point, coupledom remains deferred. In the meantime, a group of four friends coalesces around them: the other Sarah, a progressive activist named Noa (played by co-producer Jessica Schechter), and Danny’s bewildered, perhaps slightly too Kramer-esque roommate “Z.”

A release party for the third episode of the series, “The Shabbat Meal,” took place on one of the interim days of Sukkot, this past October. Appropriately, it was held in the basement of Congregation Ohab Zedek (O.Z.) on the Upper West Side. O.Z. is the synagogue of choice for hundreds of young men and women who meet there to pray and then socialize before dinner on Friday nights. Attending the release party turned out to be a surreally self-referential experience, since most of the actors and the viewers gathered for the screening were precisely the kind of Modern Orthodox singles depicted in the show. The fictional awkwardness on screen, combined with the actual awkwardness in the room, created a mixer that was almost electric in its, well, awkwardness.

Two clean-cut Modern Orthodox comedians opened the evening with a series of quips about dating on the Upper West Side, Jewish holidays, and the political situation in Israel. One of them, who seemed to be in his early thirties, reflected upon the point at which he started to think he was ineligible. There was a turning point, he explained, when people stopped reacting to his single status as an exciting opportunity to set him up and instead began to treat him as if he had contracted a terrible disease. “If it’s an illness,” he quipped, “it’s the only one with symptoms that include being able to do whatever you want, whenever you want.”
It was a funny line, but not everyone laughed wholeheartedly.

Before the credits roll on episode three, Sarah Jacobs and Noa are on a couch streaming episodes of the groundbreaking Israeli television show Srugim, which followed the romantic ups and downs of a close-knit group of five religious singles living in South Jerusalem. (It ran from 2008 to 2012 on Israel’s Yes TV.) “Somebody should just make a show like this but in New York,” says Sarah. “That would be epic,” says Noa. “I know, I don’t know why nobody’s done it—it’s not like it’s hard.” Srugim, it should be noted, was the brainchild of Eliezer “Laizy” Shapiro, the son of American immigrants to Israel who was himself inspired by sitcoms like Friends. (The show was reviewed in these pages in Spring 2010 by Yair Rosenberg under the title “No Sex in the City.”)Srugim, however, was not merely a series about a particular form of courtship; it dug into the spiritual and emotional lives of its characters. Soon by You occasionally attempts this, as when it depicts a Friday night dinner in all of its minute ritual and social detail, or dramatizes Ben’s quandary over leaving an important meeting at the law firm at which he’s interning in time for Shabbat. Ultimately, however, the American show features very little of Jewish intellectual substance. Although David is seen holding a volume of the Talmud at one point, his rabbinical studies are mainly used to emphasize his personal sensitivity. On the one hand, it is understandable that the creators of Soon by You would want to make the show as accessible as possible, even at the expense of a more nuanced exploration of the world it depicts (the first episode has had almost 100,000 views). On the other hand, maybe American Jewish religious life just isn’t as culturally thick and unique as its Israeli counterpart, even in the New York Modern Orthodox world. One would hate to think, though, that this is the case. In the future it would be nice to see Leah Gottfried and her team move the series into deeper, more particular territory, without, of course, losing the laughs.

As a web series on a shoestring budget (each episode seems to be funded through online crowdfunding and unsubtle product placement), it is unclear how long Soon by You is going to last. Gottfried, Hoffman, and others will likely use it as a stepping stone to future projects, so it will be interesting to see what they work on next. Modern Orthodox courtship itself may be endangered in a broader society where the “marriage plot” makes less and less sense. Awkward for most, and painful for some, it seems clear that traditional courtship is out of place in the modern world of which Modern Orthodoxy, by definition, aspires to be a part. Yet the alternative, a situation where boundaries are relaxed beyond recognition and no one is urging for marriage to happen “soon by you” is at least as problematic.

Zionism has long based its claim to sovereignty on the universal right to national self-determination, and the phrase “like all other nations” has been incorporated into Israel’s Declaration of Independence, yet the goal of “normalization” has proven to be much more complicated than most early Zionists had thought. 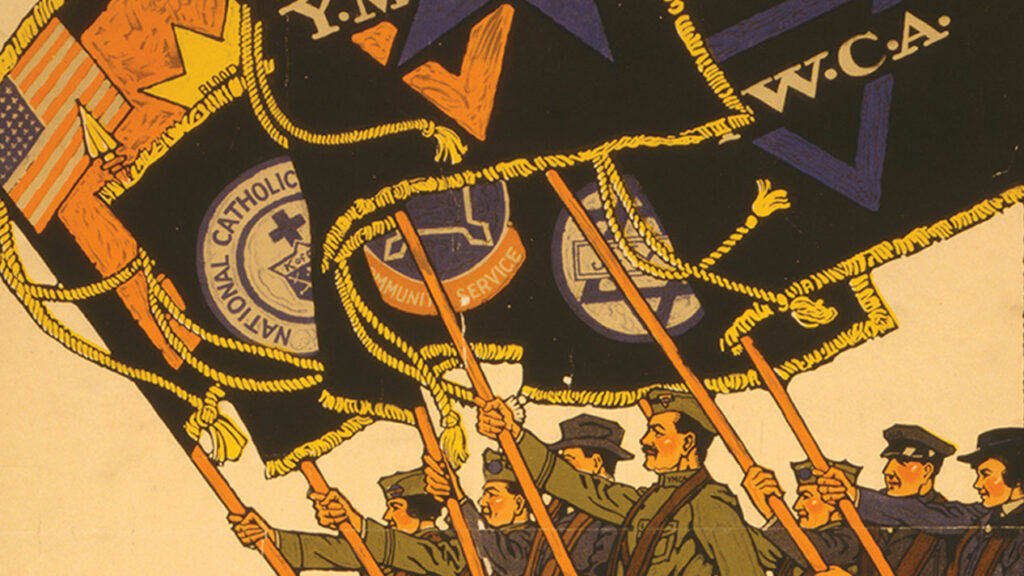 Pancho Villa and the Star of David Men

When the Young Men's Christian Association began offering wholesome recreation to soldiers in 1916, Jewish leaders were as as worried about evangelism as they were about bars and bordellos.