Simon Gordon’s excellent article on Balfour’s 100th anniversary (“100 Years of Solicitude: Commemorating Balfour,” Winter 2018), dissecting the divides of British Jewry then and now, can be supplemented with a simple, geopolitical point. The declaration was more related to Allied war aims than any other factor. In November 1917 it was not yet clear who would win the war. There was a German- Jewish Zionist group stoutly supporting German aims with its Ottoman partners. Japan, then an ally of Britain, supported the Balfour Declaration because it would bring “world Jewry” to its side. That the foregoing is correct is further fortified by a young junior staffer at the British Foreign Office at the time who urged his superiors “to play the Zionist card” to win the war. That then-junior officer was none other than the young Arnold J. Toynbee!

Their Man in Beijing?

Bernard Wasserstein’s interesting remarks about Israel Epstein (“The Family Heretic,” Winter 2018) brought back memories of speaking with him when I was in Beijing as a visiting scholar in 1984. What Wasserstein does not mention, though it has been revealed by the Vassiliev Notebooks (copies of documents from KGB archives), is that Epstein worked as a KGB source under the code name Minayev. He had been recruited in China in 1937 but spent 1945–1951 living in the United States. Like some of the revolutionaries Wasserstein mentions, his own persecution by his erstwhile comrades never shook his faith. He claimed that his imprisonment during the Cultural Revolution had “helped improve him by shrinking his ego.”

Rachel Biale’s review of Yael Neeman’s book (“History of a Passé Future,” Winter 2018) really helps those of us who never lived on a kibbutz nor grew up in a children’s house have a balanced view of the experience. The review is not only well written, but it is more meaningful coming from Biale as she herself was a child educated and raised in a kibbutz, not unlike Yael Neeman’s. She conveys the author’s “melancholy trajectory” from a dream that no longer can be. Biale shows sympathy and an understanding of the idealism of the early kibbutz movement, and she also acknowledges the author’s feelings of abandonment. Since the social experiment of the kibbutz utopian dream has undergone so many changes and no longer exists as it did in Israel’s earliest years, it is especially interesting to read a first-hand account of the experiences of those who grew up in this life. I look forward to reading Neeman’s book.

In January 2018, First Things posted “Non Possumus,” a review of Kidnapped by the Vatican? The Unpublished Memoirs of Edgardo Mortara by Dominican priest Romanus Cessario, defending the 1857 removal of a six-year-old Jewish child by Papal States authorities to be raised as a Catholic because he had been secretly baptized by the family’s maid. Archbishop Charles J. Chaput responded on our website, spurring a vigorous online conversation, excerpts of which appear below, along with one letter.

I was moved by Archbishop Chaput’s deeply humane and ecumenical response to the baffling defense of the kidnapping of a Jewish child by papal authorities in First Things, a magazine that I have often found illuminating.

In his editorial email to subscribers, Abraham Socher wrote that he was shocked by Romanus Cessario’s defense of the kidnapping of Edgardo Mortara in First Things. He shouldn’t have been. Father Cessario is well within the norms of Catholic traditionalists who continue to hold that the pre–Second Vatican Council claims of the Catholic Church—that its rules should be binding on everyone within its reach—remain correct.

It is also not coincidental that the author is preemptively reacting to the forthcoming film on Mortara by Steven Spielberg. The author does not mention that Spielberg is Jewish, but the implication seems obvious. Cessario’s complaints—both about the forthcoming film and that Catholics were subject to opprobrium in the wake of the Mortara affair—echo the traditionalist view that they are victims in an anti-Catholic world. This is exactly Father Cessario’s point: that allowing young Edgardo to remain with his Jewish parents after he was baptized would have been an offense against Catholic teachings and thus an offense against
religion per se.

Archbishop Chaput’s criticism of Cessario’s views is welcome and appreciated. But the problem is not just Father Cessario’s insensitivity and the trouble it has created in Catholic-Jewish relations. The kidnapping of Mortara by the papal police was wrong by any decent standard of human rights, not just because it was offensive to Jews.

Archbishop Chaput doesn’t articulate his personal views. He brings his Catholic friend to say that such a baptism “would be robbery” but is silent as to what he thinks the Church must do once such a “robbery” occurred. Pope Pius IX considered Edgardo Mortara’s baptism to be efficacious, creating a new reality. Does Archbishop Chaput disagree? Has Catholic doctrine changed to permit a baptized child to be raised by Jews?

Following the Holocaust, the Church directed that Jewish children baptized by the Catholics who had saved them from death be returned to their families—presuming any survived. Was that action sui generis? There are persistent reports that Jewish orphans were kept and raised as Catholics. It’s clear that Archbishop Chaput does see a baptism such as Mortara’s as accomplished by “robbery.” It’s less clear what he considers the theological reality of a child baptized in this way to be. Pius IX was quite clear: Mortara’s baptism was valid. The law of the Papal States forbade a Catholic child to be raised by a member of another faith. That is why he resisted pressure to return the boy to his family, and, as near as I have been able to determine, the law in the Papal States was consonant with Catholic doctrine in this matter.If Catholic doctrine today is different, I believe that Chaput would have said so. I do not doubt his good intentions or his desire not to offend. In the absence of a more explicit statement, my questions stand.

Let’s note the descriptive words Archbishop Chaput uses throughout his piece: toxic, stain, troubling, insensitive, ugly, wound, damage, betrayal, violence—I think the archbishop’s own views are pretty obvious. He writes that “Judaism is the root from which our own faith grows. Being cognizant of that reality, and respecting it in everything we say and write and do, is the only way bitter actions in the past might one day be redeemed.”

Archbishop Chaput does not give us his own views, precisely. He expresses sorrow for the pain inflicted on the Mortara family, but this is not the same as rebuking the Church of Pius IX. This extraordinary case lies on the fault line of a controversy in the Church: religious liberty. To rebuke the actions of Pius IX is to call into question the Church’s long-standing teaching on religious liberty and assert discontinuity between the pre- and post-Conciliar Church.

Archbishop Chaput is damned if he does and damned if he doesn’t: Rebuking Pius IX raises theological questions that undermine the Catholic Church’s self-understanding, and supporting the actions of Pius IX horrifies (among others) our Jewish friends with whom we would like warm relations. What is the orthodox Catholic to do?One can express ache over the severing of the poor family and also recognize the historical context that clarifies it. The Papal States did not have a secular, liberal government. It recognized Catholicism as the one true religion, and this figured into its considerations of the public welfare. Citizens were regarded as not only having a natural good, but a supernatural good as well. When the natural good of a child is in jeopardy, it is just for the state to intervene in that child’s life. In a society and state that recognizes not only the natural good, but also the supernatural good, the same logic applies.
Of course, it is difficult for modern individuals in liberal, secular societies to sympathize with this, but that is to be expected—they believe in neither supernatural good nor in the right of the State to figure such a good into its considerations of public welfare. But this is an anachronism, and to hold this against the Papal States, however, is simply accuse it of not being a secular, liberal state, which it was not.

An image in the review of David Stern’s The Jewish Bible: A Material History (“Black Fire on White Fire,” Winter 2018) was identified as a page from a Christian Bible; it was from a Jewish Bible. 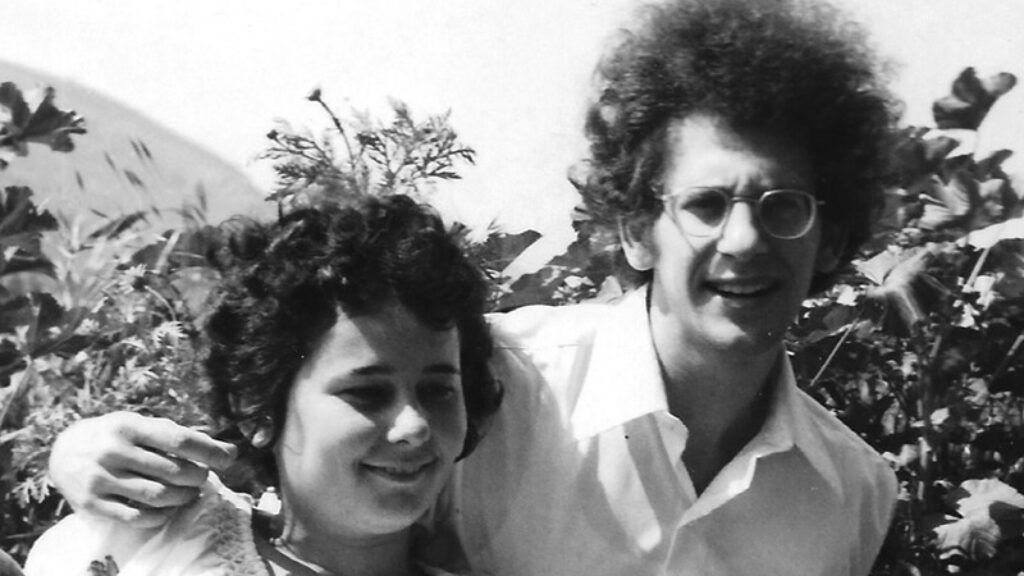 Love letters to Israel, Judaism, and each other from Rachel and David Biale.

Response #4: “On the bottom of the pot live Jewish clichés, nostalgia, kitschiness, and an uninformed Jewish pride.” 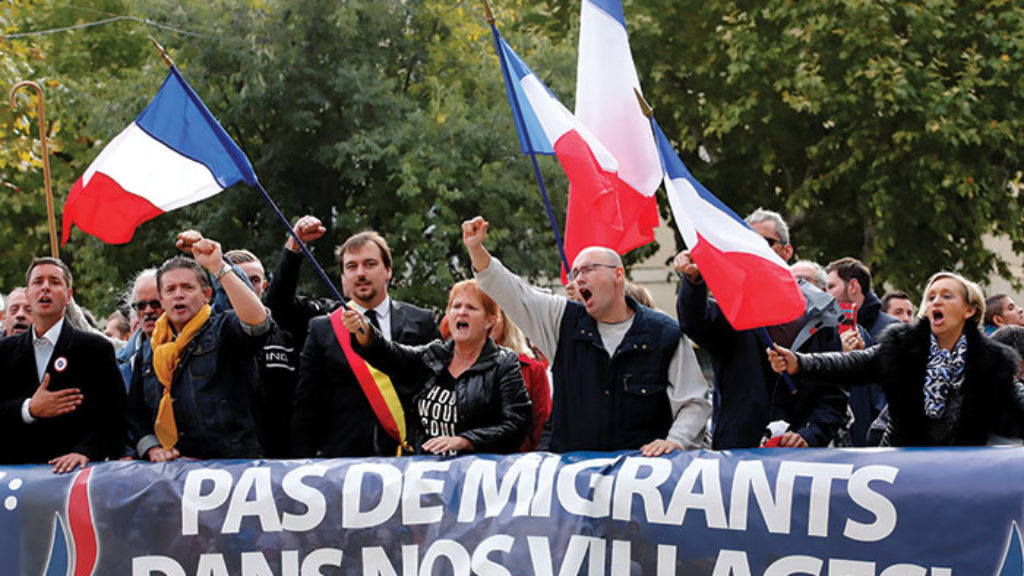 On Literary Brilliance and Moral Rot

Why did the prestigious publishing house Gallimard want to publish three vilely anti-Semitic pamphlets by Louis-Ferdinand Céline? And is he still worth reading?