Translator Jessica Cohen shared the 2017 Man Booker International Prize with author David Grossman for the novel A Horse Walks into a Bar. Grossman’s novel is dark and serious, and it is also set in a comedy club—an ambitious literary feat demanding a translator of significant sensitivity and talent. Cohen began translating literary fiction “because I kept reading books in Hebrew that weren’t available in English and I thought they should be. It was as simple as that.” She made aliyah from England with her family when she was seven “without speaking a word of Hebrew.” As children do, she quickly became bilingual, speaking English at home and Hebrew almost everywhere else. I spoke to her about the joys and challenges of translating Hebrew novels.

The Man Booker International prize is awarded equally to authors and translators, which acknowledges the incredible work of translators and also suggests something unique about the relationship between author and translator. What has been your experience of that relationship?

It varies greatly. Authors who have never been translated before tend to get very involved in the translation process and want to give detailed feedback, but often the more experienced authors (such as David Grossman) maintain a certain distance and are able to trust my judgement to a greater extent. There have certainly been cases where an author and I disagreed about a certain choice, and in some instances I might lobby an author to make a change that I think is necessary for the book to work in English. While I don’t want to leave an author feeling unhappy with a translation decision, I do increasingly consider myself a coauthor of the book in its new English-speaking life.

Which elements of Hebrew, Israeli culture, or Israeli literary style are difficult to translate?

I think of Hebrew as a “depth language,” as opposed to English, which is a “breadth language.” What I mean is that although the Hebrew vocabulary is substantially smaller than that of English, there are many Hebrew words that carry multiple layers of meaning and allusions (historical, cultural, biblical and so forth). So, while I can often find several English words that have almost the exact same meaning as a particular Hebrew word, it is usually next to impossible to find one that conveys all of that Hebrew word’s associative weight. This necessitates a painful choice to sacrifice some of that richness in favor of precision and clarity. To put it more simply: You can’t have it all.

Hebrew is a language of roots and patterns. Every Hebrew word (except those borrowed from other languages) is formed by inserting a root (usually three consonants) into one of these patterns. As a result of this malleability, it is very easy to make up a word in Hebrew and be sure that readers or listeners will immediately understand what it means. It also allows for very inventive puns and wordplay. English has no equivalent process, so tackling these inventions—which sound very natural and not at all puzzling in Hebrew, even if you’ve never come across them before—makes for a huge challenge in English.

How do you navigate those made-up words?

Let me give you an example. In A Horse Walks into a Bar, the stand-up comedian lashes out at a woman in the audience, saying he can tell she belongs to “ha-kartziyon ha-elyon.” This is a play on the term ha-alpiyon ha-elyon, which literally means “the top one-thousandth” and is used colloquially to refer to Israel’s wealthiest class, the handful of business tycoons and their inner circles who are perceived as leeching off the rest of the population. But instead of alpiyon, the comedian uses an invented word (invented by Grossman, that is): kartziyon, which derives from kartziya—literally, “tick,” and metaphorically, a bloodsucker, a leech, an exploiter. An Israeli reader will immediately get the joke and see the layers of contempt implied by this wordplay. Needless to say, it was not possible to make all this work in English! My solution—after much deliberation and many rejected ideas—was inspired by the previous sentence in the text, which has to do with the comedian “smelling” something on this member of the audience. So, in the English book, she smells of “eau de one percent.” Certainly not a translation in the strictest sense of the word, but the “one percent” trope gets across exactly the sort of scornful tone that the original contains.

The title A Horse Walks into a Bar is an English-language joke. Did the book have the same title in Hebrew?

Oddly enough, the classic “horse walks into a bar” joke (or rather, its punchline) does not exist in Hebrew, because “long face” is not an idiom in Hebrew. But like so many borrowed terms, it has worked its way into Hebrew and is used in different jokes. In the novel, the comedian starts to tell the joke but never finishes it—instead, he goes off on one of his frequent tangents. If you’re lucky, you may catch David Grossman telling the whole joke at one of his public appearances.

For a book by an Israeli, some of the jokes in this book have a Borscht Belt flavor (for example, the one about the Frenchman, Italian, and Jew making love to their wives using various cooking fats as emollients). Were those jokes identical to the ones in the book, or are they replacing different jokes that function similarly in Israeli society?

Virtually all the jokes in the book (including the one you mention) are identical in the translation. There were a couple of regrettable instances where we had to drop a joke or a comic element because it would have required so much explication that there was no way to make it work (and still be funny) in English. I felt—as did David—that in those few cases, it was better to lose a joke than to try to force it or replace it with an American equivalent. I agree that this particular joke is “Borscht Belty” (and a few others are, too), but there is a huge difference between Jewish American humor and Israeli humor, and I tried to avoid conflating the two. Israeli humor tends to be much darker, crueler, more cynical and self-effacing; it takes a lot to shock an Israeli. They are also very quick to assimilate current events into their humor: The “too soon” shouts hurled at American stand-up comedians who made 9/11 jokes in those first horrific months after the attacks would probably not be heard in an equivalent Israeli context.

I dislike substituting American jokes (or, for that matter, any American cultural elements) for Israeli ones simply to make American readers’ lives easier. I think that when we read translated literature, we should expect to come across things (words, names, events, cultural concepts, and jokes) that may not be familiar or immediately understood. That’s not a bad thing, as long as it doesn’t significantly trip up the reader and impede her ability to comprehend the text.

Thank you for chatting with me. What can we look forward to reading next in your translation?

Coming out this fall is my translation of a collection of essays by Amos Oz entitled Dear Zealots: Letters from a Divided Land, in which he offers a succinct view of his political thought as it has evolved over the past decades.

I recently translated a book that I’m very excited about, World Shadow by Nir Baram, which will hopefully be out in 2019. Baram is one of the most interesting and serious writers in Israel today. It’s set in several different countries and does a magnificent job of exploring the ways little people get caught up in corruption and political intrigues.

My translation projects for the upcoming year include a novella by Leah Aini, a brilliant and prolific Israeli writer who has not yet been published in English and certainly deserves to be, and Esther Peled’s latest book, Wide Open Underneath, which won this year’s prestigious Sapir Prize. 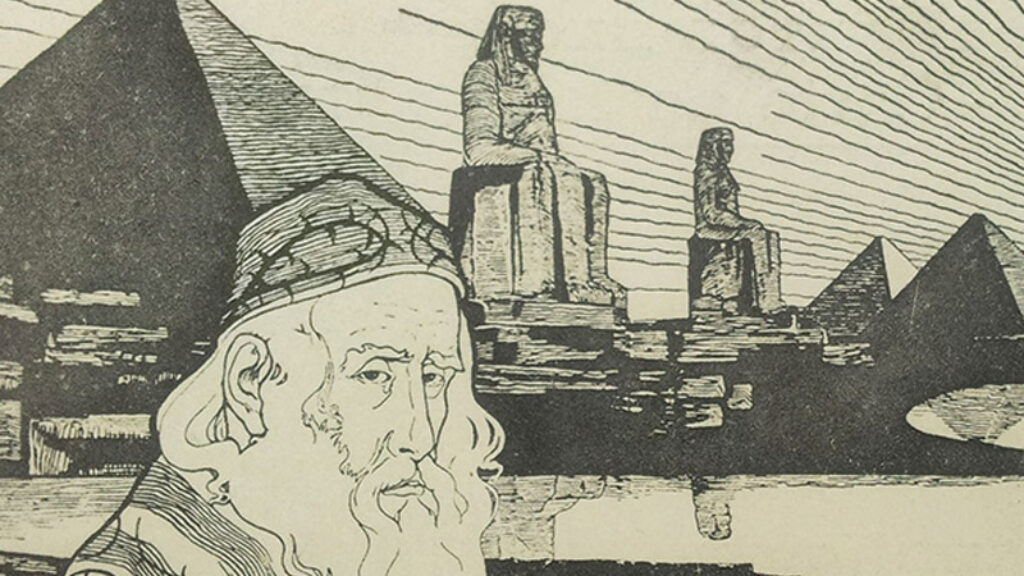 Did early Zionists abandon Messianism or inherit it? Or, as Arieh Saposnik argues, did they do something more subtle and interesting?

The "Other" Jewish tradition.