Was Newton a Magician?

Professor Goldish’s insightful essay on Isaac Newton (“Maimonides, Stonehenge, and Newton’s Obsessions,” Summer 2018), based on Rob Iliffe’s book Priest of Nature, unfortunately overlooks what to me is the most important takeaway for us as modern citizens of the world, namely, how we should think about science and religion. He seems to adopt the same attitude toward Newton first expressed by Keynes—that he was “the last of the magicians,” who believed that there were “certain mystic clues which God had laid about the world” in both nature and scripture. Today this label carries rather demeaning connotations and implies that, despite a lifetime of brilliant physical and mathematical insights, his religious beliefs and studies of the Hebrew Bible and mystical texts (including the Zohar) mark him as an eccentric nut preoccupied with superstitious medieval notions (ha-ha, but today we know better).

I suggest this view of Newton is condescending and unfair. Speaking as a practicing scientist, Newton’s genius was in part to recognize that there are puzzling features of the physical world unaccounted for even by his novel physical insights, and to seek answers broadly. People in 2018 might say that the reductionist approach of science has by now sorted all those puzzles out; perhaps in 1946 when Keynes made the remark he thought so, too. But in fact they are mistaken. About 95 percent of what makes the cosmos go is a total mystery to us (that is, dark matter and dark energy). Quantum mechanics, despite its power and ubiquitous practical applications, remains thoroughly mysterious and paradoxical, and is unexplained at the most fundamental levels of reality. (Einstein, for example, who modernized Newton’s laws with his Relativity, never believed the conventional interpretation of quantum mechanics.) As for the forces of nature and subatomic physics, the “Standard Model” in physics is a remarkable achievement, but one that, despite decades of labor by tens of thousands of scientists and billions of dollars in complex facilities, still fails to incorporate gravity—and fails even to offer a fully consistent picture. Meanwhile, the promised hints of new (supersymmetric) particles to resolve the problems have not yet materialized, and it’s not looking hopeful. These are all well-known, accepted issues among physicists. For now, the way forward is murky, but eventually the answers to these questions will be sorted out. Then, we expect that even deeper mysteries will rise to the fore.

I suggest these signals from nature and science all point to the same thing that Newton recognized in his time: Something more complicated is going on. It seems to me that Newton was trying to figure out truth in a puzzling world that he observed both carefully and objectively. Moreover, he was not afraid to work hard, to commit totally, and to look into other sources of wisdom for possible insights. Newton was both a scientist and a religious believer, and was honest enough to struggle with the issues raised by his “modernity.” This makes him a particularly relevant personality for us, one whose example is worth emulating.

(Howard Smith is a senior astrophysicist in the Harvard Astronomy Department and the author of Let There Be Light: Modern Cosmology and Kabbalah, New World Library).

I am not entirely clear what I said in my review of Rob Illiffe’s excellent book which inspired this response from Professor Smith. I take Newton’s mind and his context extremely seriously. I am an historian and I never for a second thought of Newton as an “eccentric nut” during the years I spent reading his manuscripts. I would, in fact, question Professor Smith’s assumption that there is a “takeaway” for the modern reader in the study of Newton’s religious thought. Newton was a man of his times and a dedicated Arian Christian, as well as a millenarian. He believed that God was revealing natural and biblical knowledge to him in preparation for the End of Days. Is that part of the “takeaway”? Newton’s conclusions about the relationship between science and religion were completely informed by his Christianity, his milieu, his eclectic reading, and his idiosyncratic theology. Perhaps Professor Smith would do me the favor of reading what I have written about Newton elsewhere before making baseless assumptions about my views.

Shlomo Avineri, in “A Normal Israel?” (Fall 2018), asserts that the tradition of self-governance that impacted Israel’s current democracy stemmed from the voluntaristic kehilot system that was prevalent in Poland in the Middle Ages. It should be pointed out that this kehila tradition goes back much further, to the Jewish civilization in Babylon (present-day Iraq). From the 5th to the 10th century, Jewish communal organization and religious thought were grounded in a unique system of separation of powers. The two main competing institutions were the Exilarchate, headed by a government-approved resh galuta, who represented the Jewish community before the ruling authorities, and the gaonate, located in the two Jewish religious centers of Sura and Pumbedita, and headed by two geonim. Decisions on social and religious matters were debated (sometimes bitterly) and adjudicated between these three semiautonomous centers, and these decisions were accepted by Jewish communities across the Middle East and into Europe. The 500-year existence of this “balance of power” system must surely have had an impact a few hundred years later in the creation of the Council of Four Lands that existed in Eastern Europe for several hundred years and which Avineri considers the source of an age-long Jewish self-rule democratic tradition.

In his review of In Search of Israel: The History of an Idea by Michael Brenner, Shlomo Avineri does not mention that the British Mandate allowed both the Arab and Jewish communities to run their own internal affairs. Yet it was only the Jewish community, the Yishuv, that set up a democratic system of government. Why is that? My own feelings is that the Haskalah movement encouraged the Jews of Europe and the Western Hemisphere to integrate into the general society, and with the American and French revolutions, the ideals of democracy were the goals of the general population in those areas.

For Europeans, even Eastern Europeans who were not exposed to living under democratic governments, the pull of democracy was strong. It is also true that the dominant ideology of the Yishuv was the new ideology of the 19th century: democracy in politics, socialism in economics.

In post-1948 Israel, the economics of socialism has proven to be unable to adapt to the 21st-century reality, and Israel now has a strong and vibrant capitalist economy. The political component, democracy, is alive and well in modern Israel. But the freewheeling democracy practiced in Israel reminds me too much of the Weimar Republic in pre-WWII Germany and the Fourth Republic in France. Both of them came to ends that were not good. I hope that does not happen in Israel.

I think Rich Cohen has gotten much of Herzog wrong (“Tweets and Bellows,” Fall 2018), though I’m always glad to read about this important and masterful novel. The main thing Cohen gets wrong is his assertion that Herzog has “gone insane,” something Cohen repeats throughout his essay. The opening line of the novel, which Cohen quotes, is more a sign that Herzog is not insane and not crazy but has a rather healthy sense of self-deprecation. I believe Bellow describes Herzog’s letters as a means of “having it out,” but, in reading the novel many times, I never got the impression that Herzog was “crazy” or “insane” or that Bellow intended Herzog to be seen as such. He of course is a man with profound inner conflicts, but that is far from being insane. I also cannot credit Cohen’s view that Herzog would be a Twitter user or social-media junkie. Herzog is portrayed as a man not really of his own time even in the novel; he is in many ways a relic of a more distant age. So, no, Herzog was not intended to be seen as “half-deranged,” “insane,” or “crazy.” Had Bellow made him so, Herzog would not have been nearly as powerful or sympathetic or moving a creation.

Recently, I began deleting all of my social-media accounts; the last to go will be Facebook because that deletion will be met with some resistance and puzzlement on the part of family and friends. Oh well. It must be done. My brain is mush and my writing is only getting worse, not to mention the deleterious attention span on account of social-media nausea. Thank you Mr. Cohen for this piece, which further helps me along my way to a quiet room of my own, where the light will burn, the pen will travel, and you’re always welcome to come over for a cup of coffee and conversation.

Editorial Note: We invite readers who have not deleted Facebook to “like” our Facebook page and join in discussions of our content—including pieces that are published only on the web. Letters can also be emailed to [email protected] 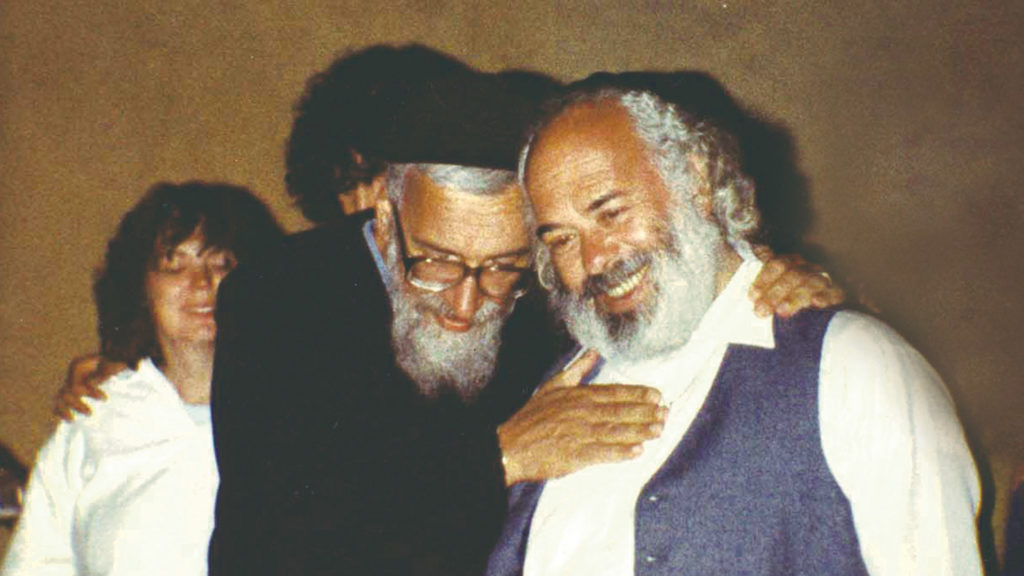 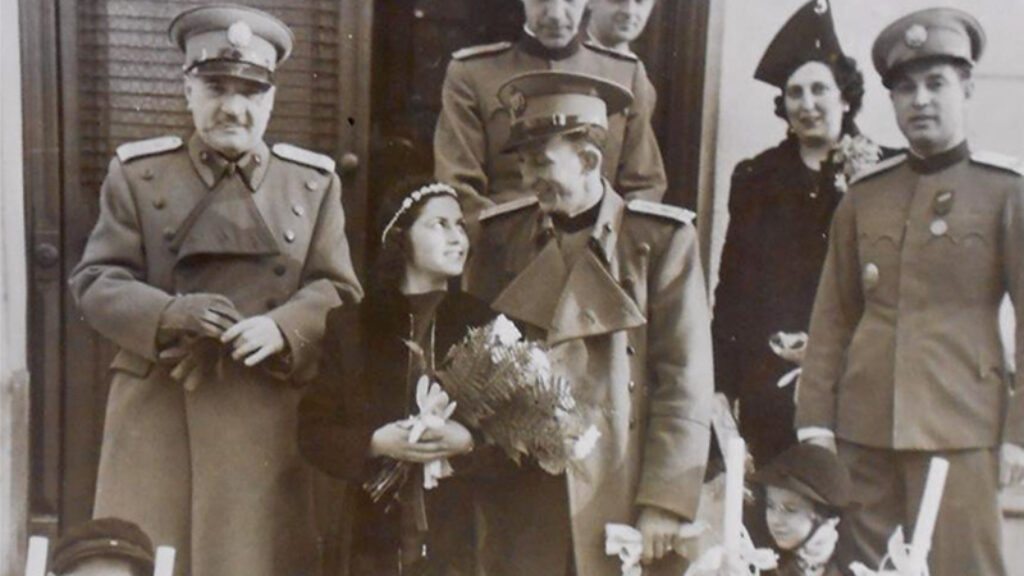 The Story They’ve Been Telling Themselves

“I wouldn’t turn on my beloved, my sacred husband,” Eva Panić firmly declared. Instead, she chose a brutal Yugoslavian prison–and abandoned her six-year-old daughter. David Grossman transforms their story into a disturbing yet beautiful novel.