Allan Arkush’s original review (“All-American, Post-Everything”) of Shaul Magid’s book American Post-Judaism: Identity and Renewal in a Postethnic Society appeared in the Fall 2013 issue of the Jewish Review of Books.

Magid’s response to the review by Allan Arkush can be viewed here.

haul Magid’s new book left me guessing why he felt it was worth making the massive effort necessary to redesign such a thoroughly retrograde religion as Judaism, and from what he now says, it seems that I guessed more or less correctly. It’s not a matter of duty for him, or the result of ratiocination, but just a personal preference. Magid numbers himself among those who “want to be Jews and still want Judaism to be a part of that identity.” To my characterization of his version of Judaism, or post-Judaism, as something founded on anti-monotheistic, cosmotheistic teachings derived from non-Jewish sources he makes no objection whatsoever. If one can call this kind of religion Judaism, I do not know how one can deny anyone the right to call anything at all Judaism.

My principal intention in reviewing Magid’s book was not, however, to challenge his right to participate in the reinvention of Judaism, but to highlight what I see as the implications of his effort to detach his version of Judaism from Jewishness.  He wants to open the post-Jewish community to any interested Gentiles, whether they convert to Judaism or not. In contrast to Magid, who sees his projected new community rooted in a “new metaphysics” as a means of fostering Jewish survival in post-ethnic America, I regard it as something that is far more likely to serve in the end as a pathway for some Jews into a multiethnic syncretistic group that will preserve only vestiges of Judaism.

That postethnicity is upon us is, as Magid points out, something that I do not dispute. I could even commend him for his readiness to face the facts that many commentators on the Jewish scene have tried to downplay. His grasp of what is really happening to the Jews in America is much clearer than, say, the advocates for a renewal of diaspora nationalism under today’s circumstances. What I do dispute, however, is Magid’s assumption that the changes he describes are ubiquitous and irresistible. There are sectors of American Jewry where the old-style ethnicity survives. He himself recently provided a glimpse of such a state of affairs within the most important of them, modern Orthodoxy, in The Times of Israel.

Magid clearly does not like the kind of ethnocentrism he sees in this community, especially insofar as it is reflected in uncritical “pro-Israelism.” His disapproval of it is due not only to his universalism but also to his evident distaste for the existing State of Israel and his opposition to its policies. Israel is one of those subjects on which, as he indicates at the beginning of his response, we do not see eye to eye, but I do not think that this is the place to thrash out our differences. Here I will only say that I think that the Orthodox, modern or not, are far more likely to be the standard bearers of Judaism and Jewishness in America than anyone else. I have no doubt but that they will continue to dwarf Jewish Renewal for the foreseeable future.

As Magid rather irrelevantly notes, I myself am far from Orthodox. Still, I do not believe that what Zalman Schachter-Shalomi calls the “old-paradigm” Judaism—the religion based on the belief that the Lord of Universe revealed His will to the people of Israel and entered into a covenant with it—has been refuted or has expired. Nor do I believe that the idea of a worldwide Jewish people encompassing believers, doubters, and unbelievers, is obsolete. I feel my membership in this people in my bones, and I am far from alone in doing so, even if the number of those with whom I share such feelings is currently in decline, even, as Magid points out, in Israel. I am thinking about ways in which I could I could help to fortify the idea of Jewish peoplehood, but until I have come up with something good I will continue to devote some of my time to critical analysis of works that treat it as a relic of the past.

Allan Arkush’s original review (“All-American, Post-Everything”) of Shaul Magid’s book American Post-Judaism: Identity and Renewal in a Postethnic Society appeared in the Fall 2013 issue of the Jewish Review of Books.

Magid’s response to the review by Allan Arkush can be viewed here. 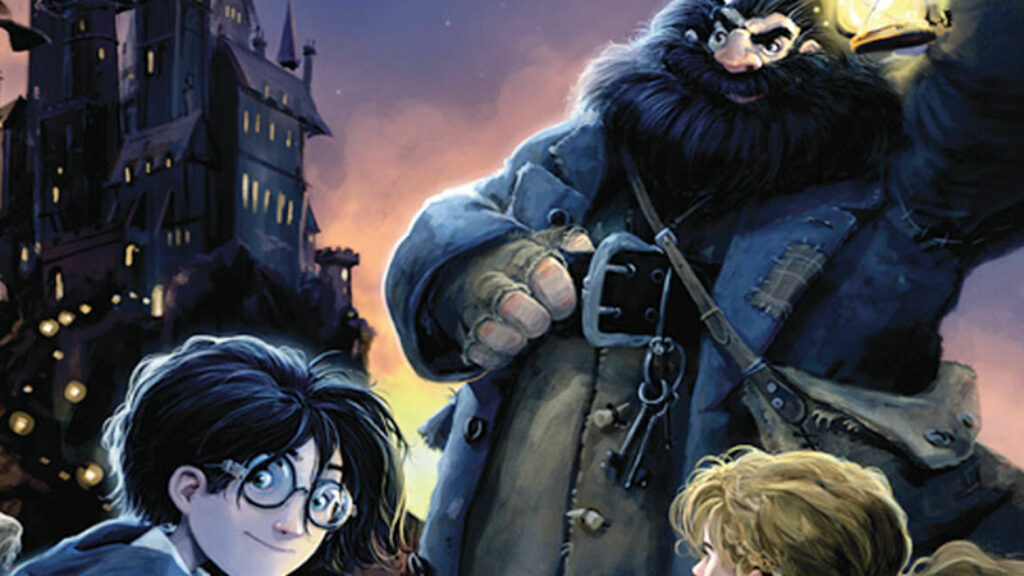 If God Wills It, a Broom Can Shoot

“Are you really intending to raise our kids,” my wife Tali asked me one Saturday afternoon after our Shabbes lunch, “in a world that doesn’t have Harry Potter in Yiddish?”

Poets of the Tribe

The story of 12 Hebrew poets—in America.