However insightful Jacob & Esau: Jewish European History between Nation and Empire might be in analyzing European Jewish history, it sounds like it devolves into the world of fanciful and wishful thinking in postulating a post-sovereign-Israel future (“Jacob Gazed into the Distant Future,” Summer 2019). First of all, why even go there, unless, as Allan Arkush intimates in his review, this is all about wishful thinking? And then, if so, how much does it color the quasi-Edenic view of periods of the Austro-Hungarian Empire that Hacohen depicts?

I think Hacohen’s implicit animus to the State of Israel renders the book a polemic. As an Israeli citizen, I find it reprehensible, yet not terribly surprising. The Jews have never had it better than they do today with a strong, humane, and sovereign Israel as the epicenter of the Jewish world. This goes double for the Jews of the diaspora, who know that the supreme dependency and subservience they experienced wherever they lived has been alleviated by Israel’s existence.

This was captured perfectly for me a few years ago when I found myself in Florence, Italy, for Shabbat. I was required to pass my tallit bag through a metal detector manned by two Italian soldiers. During the Torah service, the rabbi, a local, said in English to the sparse congregation, “We know why we are able to be here today, practicing our faith freely.” While I expected a shout-out to the soldiers outside, he said, “We are here because of the IDF, Israel’s army, which effectively protects all of us.” Here was someone who did not need to do historical research to depict an existential fact. Hacohen sounds like the historian’s version of Michael Chabon’s The Yiddish Policemen’s Union: Bring on that powerlessness! Let’s revel in our helplessness. How noble! How sanctimonious.

Chairman of the Board of Im Tirtzu

The Diaspora Strikes Back!

Yossi Shain and Michal Schwartz (in “The Jewsraeli Century,” Summer 2019) paint an interesting but incomplete picture of the relationship between Israel and the diaspora. There is no mention of the more than one hundred thousand Israelis who have left Israel and live in America and Berlin, to name just two places where large numbers of expats live.

In the area of religion, there is no Israeli religious figure who has come on the scene that has the influence of any of the great Hasidic rebbes of the diaspora. In terms of Modern Orthodoxy, no one in Israel has developed the reputation of Rabbi Joseph Soloveitchik. No new strains of Judaism, such as Reform, Conservative, or Reconstruction, have been formulated in Israel.

The singular new development that Israel developed was the kibbutz, and, while that was a major influence in the first decades of the state and its prewar development, it is no longer the central institution in Israeli life. With all that, there is no doubt that Israel has been the focus of the Jewish religion, culture, and identity since its establishment.

We urge Mr. Stonehill to come to visit Israel more often—or travel more widely. As Shmuel Rosner and Camil Fuchs showed in the study we reviewed and as I argue more extensively in my book Ha-me’a ha-Yisrae’elit ve-haYisre’elizatzya shel ha-Yahadut (it will be available in English next year under the title The Israeli Century), a new form of Israeli Jewish identity has emerged in recent decades, and precisely one of its strengths is that it has avoided the ideological denominationalism of the diaspora religious movements he mentions. This new Israeli identity has much more to do with Mizrahi culture than with the largely secular Ashkenazi kibbutzim, which he correctly notes are no longer central to Israeli society.

It is outside my remit (and an odd criterion anyway) to address the question of whether there are or have been religious thinkers of Rav Soloveitchik’s stature in Israel. Certainly, there is a vibrant religious discussion toward which the American Modern Orthodox community is increasingly oriented. As for the Israeli expat communities, I refer the reader to our penultimate sentence: “The Israeli Jew’s strong sense that he has a home, and a place to come back to, allows him to move confidently and act in the world with comfort and a sense of security.”

In Performance There Is Problem

Surely the performance with which Jarrod Tanny’s article “In My Country There Is Problem” (Summer 2019) opens is humorous. The energy with which this young man equates his “anti-Semitic” song with the drunken rants (or over-the-top filmmaking) of Mel Gibson cannot be intended seriously. Besides, we are talking about a rapper who is (choose your preferred terminology) an Israeli Arab and/or Palestinian with Israeli citizenship. It would be very understandable if he had much harsher things to say about Jewish Israelis than this love/hate fantasy about a good-looking soldier. The author of the article is surely missing the point, and the pointedness, of this performance. Opening on this note of misunderstanding weakens the entire article.

As a scholar who writes about Jewish humor, I agree that Tamer Nafar’s “I Fell in Love with a Jew” is satire. But humor is as much about context as content. Had Nafar performed this song at a comedy festival in Haifa or Tel Aviv to an audience filled with Jewish and Arab Israeli citizens, it would have been interpreted as a sardonic social commentary on power, conflict, occupation, and security. But this was the “entertainment” kickoff of a one-sided anti-Israel conference whose purpose was to delegitimize Zionism and demonize the Jewish state. Jokes that ridicule Jews in such a setting inevitably signal to the audience—which included college students who likely know little about the complexities of the Arab-Israel conflict—that dehumanization through mockery is appropriate, laudable, and a constructive strategy to decimate your political opponents. Much as we should condemn Iran’s infamous International Holocaust Cartoon Competition without indicting the use of the Holocaust for satirical purposes, we should censure Nafar for the objective of this particular performance—and fear its potential consequences.

I cannot imagine how Jacob Howland managed to write about his mother Bette Howland’s loving, contentious correspondence with Saul Bellow so tactfully and with such seemingly objective insight (“‘Love Between Writers’: Saul Bellow and Bette Howland,” Summer 2019). Although I’ve read and reread Bellow (who hasn’t?), I was unaware of Howland’s work and now look forward to reading her. As she wrote (in evident pain) to Bellow, “I thought you understood that I belonged to the Truth Party too . . .”—Where does one find the Truth Party these days? I’m headed for Amazon to buy Howland’s books.

And then there are the lines Bellow wrote to Howland on that “Miracle Glass” postcard: “There are always / some who have / to be dug out.” A terse little tercet, with a 4–3–4 syllable count, that applied to both William of Gloucester and Bette of Chicago. Chalk up another victory for literature over life.

Thanks so much for David Fried’s “Learning Yiddish after 60” (Summer 2019). It is a great, moving essay. I am a native Yiddish speaker, but I was unable to read Yiddish until I was in my forties and taught myself in order to translate some Yiddish Holocaust material into English. So much of what Mr. Fried said hit home in so many ways.

In Nadia Kalman’s review “Spiritual Survival” (Summer 2019) she discussed a physicist who was killed during Stalin’s Terror and later fictionalized in Vasily Grossman’s novel Life and Fate. Lev Shtrum was Grossman’s friend; Shtrum was renamed Viktor in the book. We apologize for any confusion. 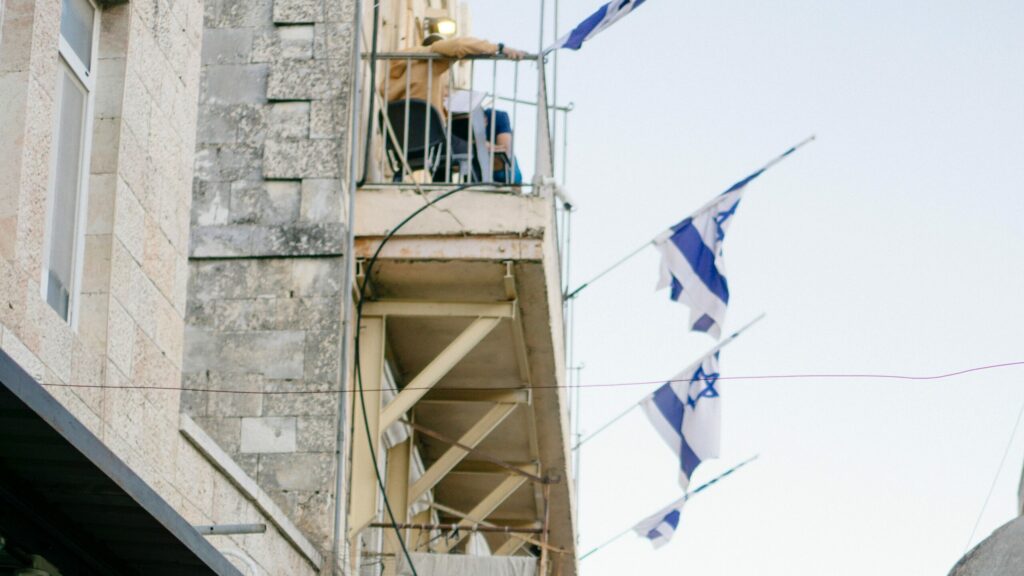 Pessimism Not Despair: A Reply to My Critics

"Just as the turmoil aroused by Israel’s new government has overlooked the Palestinian issue while concentrating on a more immediate crisis, so have the responses to my article."—Halkin writes back.