The Coffee a Good Schmooze Demands

One of the reasons I demand a print copy of JRB is to be able to save the artwork by Mark Anderson: engaging, complex, often funny (the cheder boys with an iPad is a fave). Yet, when I received the Summer issue here in Jerusalem, I knew something was off in the depiction of Spinoza and Roth’s time-traveling conversation. Yes, the dairy restaurant was a bit updated, though the missing tile in the floor was spot on. But those tiny espressos that Ben and Phil are nursing are just wrong! Sharing a plate of blintzes during a good schmooze demands a big, round, white saucer (with perhaps a blue band two-thirds up the thick china) of perked Joe with plenty of room for dairy (milk or cream).

Jenna Weissman Joselit, in her review of Ben Katchor’s The Dairy Restaurant (“The Milchik Way,” Summer 2020), writes that the author “painstakingly recreates a lost world.” She also mentions a couple of New York dairy restaurants that, alas, no longer exist. I don’t know if either reviewer or author has visited Toronto lately, but, among others, the United Bakers Dairy Restaurant has been a landmark of the city’s Jewish community since 1912. Owned and operated by the Ladovsky family for four generations, the “United” provides the same food and ambiance about which both book and the reviewer wax nostalgic.

A newspaper review of the United preserved at the entrance to the restaurant bears the headline: “Don’t sit down until you’ve said hello.” Table-hopping is a fixture of a trip to United Bakers—except during the current COVID-19 pandemic, when, sadly, patrons are confined to their own booths or takeout.

Customers of the restaurant include families with young children as well as their grandparents. I have no doubt that neither Katchor nor anyone else will have to write an “obituary-like description” of Toronto’s United Bakers.

In Stuart Schoffman’s review of Hillel Halkin’s The Lady of Hebrew and Her Lovers of Zion (“Lives in Translation,” Summer 2020), he quotes Halkin’s view that “it is too easy to say that anti-Semitism has nothing to do with who the Jews are or have been. A people can’t go on believing for thousands of years that it is chosen from all the nations and behaving as though it were without incurring resentment.”

I’ve never understood this particular justification for Jew-hatred. The gospel of John has Jesus saying, “No one shall come to the Father but by me,” yet no one gets mad at Christians or justifies hatred of them because it says that in their New Testament. Of course, they think that if they didn’t think that they wouldn’t be Christians—ditto for Islam’s conviction that Muhammad’s is the definitive prophecy.

The Enlightenment was supposed to have been the moment when everyone learned to let everyone else live with their own religious truths, as long as they didn’t impede anybody else’s belief in their religious truth. It seems to have worked pretty well for most people, most of the time, though less well for the Jews than for everyone else. But I see no reason why we, in our own minds and our own books and book reviews, should understand our own religious conviction as any less entitled to respect than anyone else’s. I’m not sure what form of error it is to believe otherwise, but I am sure it is an error.

Wendell Berry explains his admiration for the Amish by saying that they have rejected the blandishments of modernity in order to preserve values that they prize as central to a life well lived. They have, so to speak, chosen to choose what serves their way of life and what doesn’t. The ultra-Orthodox discussed in Naomi Seidman’s review of Unorthodox (“My Scandalous Rejection of Unorthodox,” Summer 2020) have also chosen to choose, although their choices are different. Regardless, these dissenters from modern life deserve our respect. They are traveling a tough road in order to preserve a spiritual vision of life’s possibilities.

In that sense, the ultra-Orthodox help to keep “less observant” and secular Jewry grounded. We need somebody to live out the full Judaic religious/cultural synthesis—Judaism as a total way of life. Without that to refer to, so to speak, we risk dissolving in the soup of multicultural America, our candle lighting, our renewal movements, our Torah study groups just added ingredients to spice up our American lives a bit. I’m not advocating that we all become ultra-Orthodox. They don’t have all the answers. But we should acknowledge a debt of gratitude to them and the key role they play in American Jewish life.

Part of doing that is resisting narratives, even ones generated by other Jews, in which the ultra-Orthodox are seen as only oppressive, enforcing a rigid conformism in which individuals have no voices of their own, and I take it that this is part of Seidman’s point. But let’s not forget that in the final analysis, ultra-Orthodox communities were formed originally to pursue transcendental goals. Only their members can tell us if attaining states of transcendence—of spiritual flight—is still a living possibility, or if their lives too have been ossified by Weberian “routinization.” It’s interesting, in that light, that the truly transcendent moment in Unorthodox is, as Seidman somewhat cynically notes, not when Esty finally gets herself free but when, during her audition, she switches from the classical repertory to a Hasidic song, full of longing and a kind of melancholy joy. Might we infer that that song, so expressive of the world she comes from, is sung in her true voice?

Naomi Seidman’s review of Unorthodox was uncommonly perceptive. There is the added and uncomfortable issue that the show posits that cosmopolitan Berlin, rather than Israel, represents a viable future for Jews longing to be free. The German director Maria Schrader indicates that the music conservatory represents her aspirational vision of postwar Germany with people coming together from all over the world to create beautiful music, including a musician from Israel, who turns out to lack any social skills as she cuts the heroine Esty to the quick with her cruel critique of her musical talent. I found the implicit anti-Zionist and antinational bias coming from a German director, no matter how liberal, to be rather too rich.

Your non-Yiddish readers may enjoy hearing a bit more about the term Nekhtiger Tog, explicated as “Yesterday’s Today” in Allan Nadler’s translation of Yoysef Tunkel’s hilarious “Spinoza in Warsaw” (Summer 2020). First, Der Tog (The Day) was an influential New York Yiddish daily, viewed as the Yiddish Times; I’m not sure if there was one in Warsaw too. The words haynt and nekhtn mean “today” and “yesterday” in Yiddish. Hayntiger tog (literally “today’s day”) is emphatic: “This very day.” Hayntige teg is “these days.” I have never heard nekhtige teg (“yesterday’s days”). But a nekhtiger tog is a well-known Yiddish idiom of extreme negation, meaning something like “forget about it,” as in, “So, after all that, did he finally get the job?” “A nekhtiger tog!” Readers would have savored the pun.

In our Summer 2020 issue, the year of death of Yoysef Tunkel had two transposed digits. While we wish he could have entertained us longer, he died in 1949, not 1994. 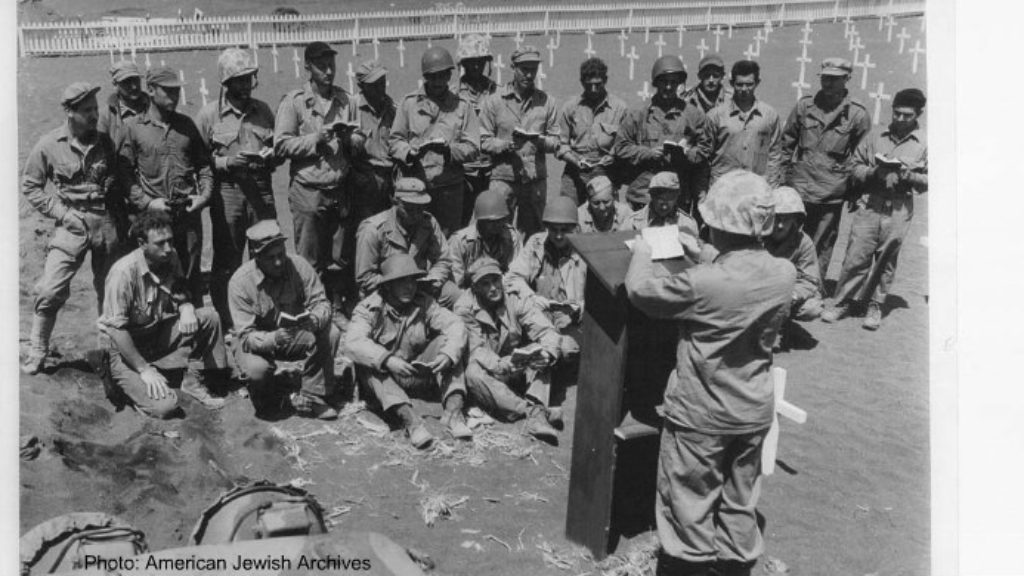 Getting Along with the Gentiles

From the Brandeis Book Stall to the sands of Iwo Jima (and halakhic flexibility). 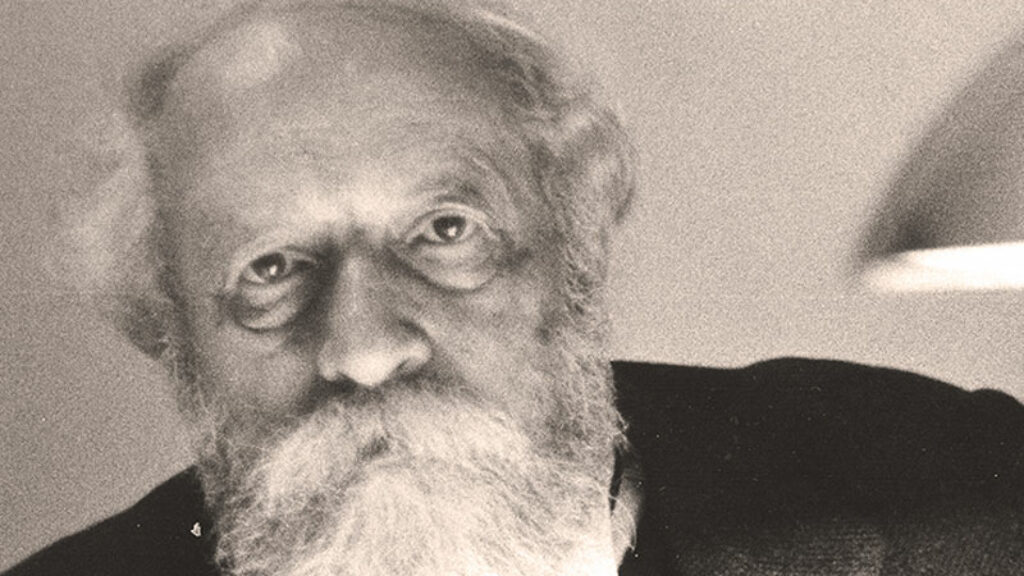 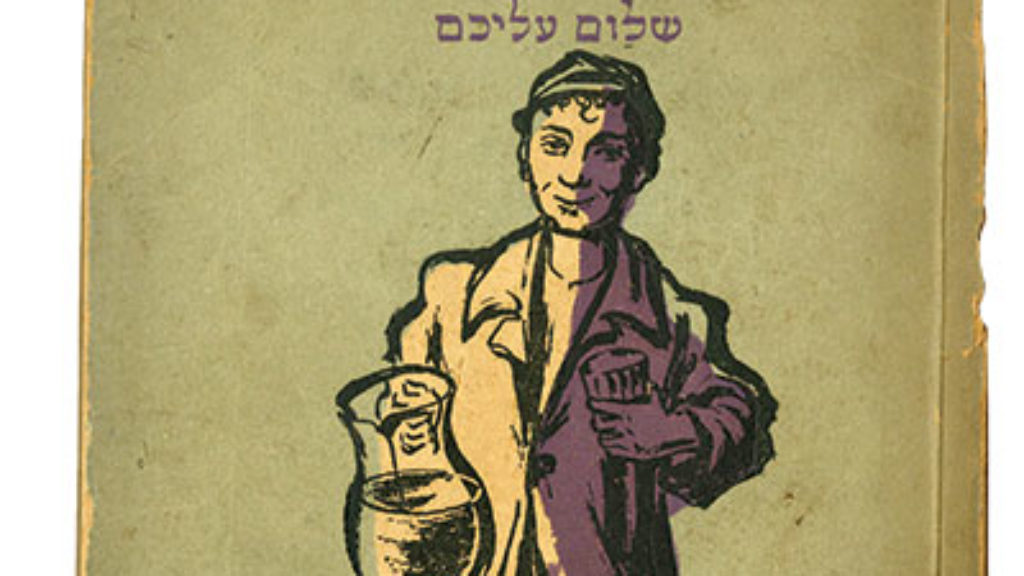