Konstanty Gebert's "The Ukrainian Question" appeared in the Summer 2014 issue of the Jewish Review of Books.

His response to this article can be found here.

Konstanty Gebert, a hero of Poland’s Solidarity period and more recently of the movement to reinvigorate Jewish life in the country, presents a stark alternative in “The Ukrainian Question” (Summer 2014) that few others have dared to spell out:

Many Western readers will be surprised by Gebert’s formulation, but it is right on the mark and not just with respect to Ukraine. Take Belarus, which Gebert calls “a grotesque Stalinist parody of a state.” There, the legacy of World War II is very much alive, starting with town-center monuments to the Red Army’s defeat of the Hitlerite invaders of 1941–1944. Jewish war veterans are honored along with all the others, while the Nazis and their local collaborators in genocide continue to be held in utter contempt.

But head west across the border into Lithuania or Latvia (by the way, it’s part of the new east-west “Berlin Wall,” and you may be stuck for a few hours), and you are in the European Union wonderland, with English-speaking youth, every modern convenience, and plenty of cool people, young and old. You can have a great time without worrying about harassment from Soviet-style police, but what you will be told about the World War II era is disconcerting. It goes something like this:

Those were very complicated times. There were two equally evil empires, the Soviets and the Nazis, and our freedom fighters thought that if they helped the German invaders in 1941, we would get our independence back [the Baltics had been occupied by the Soviets in the summer of 1940]; we are very sorry about what  happened to the Jews; our government now sponsors Yiddish concerts and we have some memorial plaques for famous Jews over there.

That, at least, is what you hear from non-Jews. Jews will tell you about the massive and voluntary collaboration of Lithuania’s (or Latvia’s, or Estonia’s) “national heroes” in the destruction of their country’s Jewish communities, starting in the hours and days after Hitler’s attack on the USSR on June 22, 1941, often before the first German forces even arrived).

Poland, arguably the most successful major new EU-NATO state, is very different in this respect from both sets of its easterly neighbors. There is an ongoing collective memory of what the Nazis did to the Polish people. For Poles, Nazis are the initial invaders who perpetrated boundless evil. Among the Balts (and others), on the other hand, they are still remembered as the “liberators” (in 1941) who brought—as a former foreign minister of Lithuania put it several years ago—“respite” from Communism and whose defeat (in 1944 or 1945) signaled the return of Communist rule to their country that lasted close to half a century.

When the Baltic countries were groping their way toward European Union and NATO membership at the turn of the new century, they needed to adopt at least some measure of the Holocaust consciousness pervading the West they sought to join. So they started to equate Nazi and Soviet crimes. This tendency’s constitutional document is the 2008 “Prague Declaration” that employs the word “same” five times, including a quite incredible requirement (right out of Orwell) that “all European minds” accept the “same”ness of Nazi and Soviet crimes. Never mind that the Nazis and their local collaborators annihilated the Jewish civilization of Eastern Europe, while the Soviets, for all their many crimes, left robust nations, languages, and cultures ready to join the EU and NATO not long after the fall of Communism. And never mind the moral incongruity of saying that those who liberated Auschwitz are “equal” to those who committed the genocide there. (Not many Americans know that a resolution favoring a single day to commemorate the victims of Nazism and Communism was slipped under the radar into the U.S. Congress in May 2014.)

If you look at any map of Europe between the two world wars, you’ll see that the western parts of today’s Ukraine were then part of Poland. They are basically the territories seized by the Soviets in their invasion of eastern Poland in September 1939 that were subsequently overrun by the Nazis in June 1941 and were then recaptured and re-incorporated into the USSR in 1944 (a history similar to that of the Baltic nations). By contrast, the eastern part of today’s Ukraine had been part of the new USSR since the years immediately following the Russian revolution of 1917. Many westerners are Ukrainian nationalists, for whom Ukrainian is their first language. Many easterners are primarily Russian speakers, though people throughout the country are casually bilingual. (Russian and Ukrainian are, of course, closely related Slavic languages.)

What most in the West do not and cannot understand is what it is that Russian-speaking Ukrainians have against joining the European Union, NATO, and the U.S.-led Western alliance of our 21st century. The answer, in one word, is nothing. They would love to have their children grow up in a free economy with the world at their fingertips like the children of their cousins and friends in Western countries. What’s the problem? In one word: (ultra)nationalism. The Aryanist-inspired racist theories of some Ukrainian nationalists give the impression that these people only want to advance ethnic Ukrainians, and that they have a particular dislike for Jews, Poles, and Russians (in any order, though the Jews have a politically symbolic significance, despite their small numbers). They want to stand with those who stood up to Hitler, not those who still regard Hitler’s local accomplices as “national heroes.” In nationalist parts of western Ukraine, there is much adulation of (among others) the mass murderer Stepan Bandera (1909–1959). The organizations in which he played a leading role carried out the killing of (at least) tens of thousands of Jews and Poles on the basis of ethnicity and in unstinting loyalty to the Nazi ideals of establishing states of exclusively ethnically pure citizens. To make a hero of Bandera is to say, without putting it in so many words, that the minorities that he helped to eradicate were comprised of disposable people.

Back in 2010, “good guy” (pro-Western) Ukrainian president Viktor Yushchenko awarded Bandera the posthumous “Hero of Ukraine” award. After the European Union and Jewish, Polish, and Russian organizations condemned this move, the “bad guy” (pro-Russian) president, Viktor Yanukovych, deposed earlier this year, saw to it in 2011 that the award was annulled on his watch. In other words, when it comes to the basic ethical issue of how we think about the Nazis and their local reliable killers, the bad guys are the good guys and the good guys are the bad guys. A question facing American foreign policy makers now is whether to forthrightly oppose attempts to sanitize the local Nazi collaborators and turn Holocaust history into a twisted tool of current anti-Russia politics.

What the newly elected president, Petro Poroshenko, will say and do about the many monuments to Bandera and other Nazi collaborators in his nation’s town centers remains to be seen. Of course, he now has a grand opportunity to show his people that they have many real heroes, from poets to artists to scientists, and to show Ukrainians what an ethical civic culture looks like, which brings us to another major point of Gebert’s important article. Gebert writes:

The nations of Central and Eastern Europe are left with the unpleasant history—and heroes—that they have, and they will not reject them. One can hope, however, that they will reject some of the things they stood for.

That is fine for Poland, because that country’s pantheon of national heroes does not include mass murderers of Jews (or others), even if it includes some narrow nationalists. The line which divides such figures from Nazi collaborators and outright perpetrators is one that we are morally obligated to draw. To put it differently, we have to draw the line between Poland and Ukraine.

The Great Gaon of Italian Art 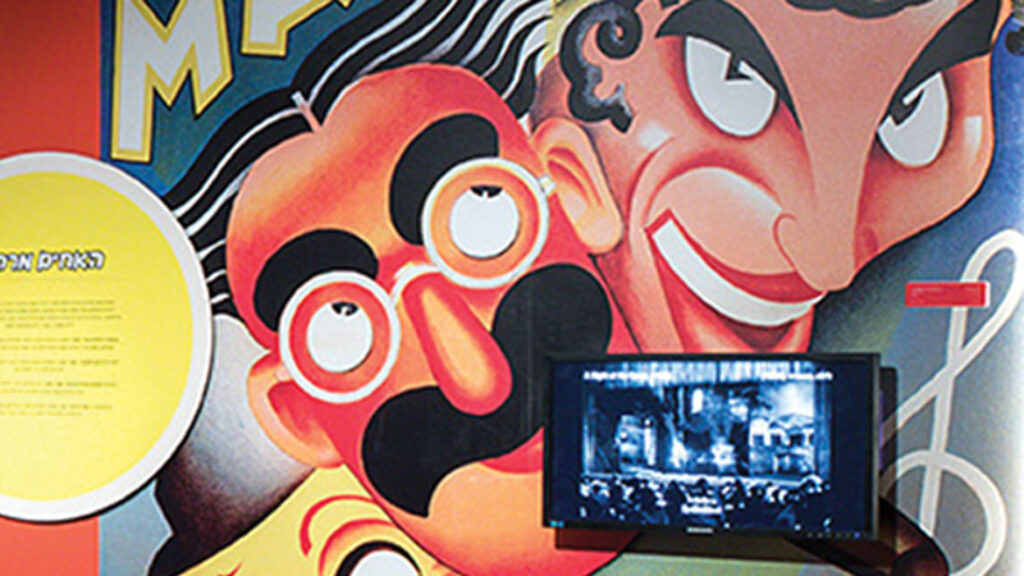 The Jewish Preview of Books—December 2018

Each month brings scores of new books of Jewish interest. Here are a few we can’t wait to read this December. And who knows, maybe you’ll find the perfect last-minute Hanukkah gift here as well!