When I was a freshman in high school, a very friendly girl asked me to join her philosophy club. “We’re going to talk about ideas, about life, and God, and ethics,” she said. “And Stan will be there.” Poor Stan was the object of my adolescent yearning, which mostly manifested itself in attempts to lend him books. An interesting conversation, an interesting boy—I went to the girl’s house. “Oh,” I realized, thirty-eight minutes and myriad invitations to picnics and pastor rap sessions later, “they want me to join their church.” Reading Ludmila Ulitskaya’s new novel, Daniel Stein, Interpreter, reminded me of that night.

The novel, which won Russia’s highest literary prize and comes to the US in an elegant translation by Arch Tait, is based upon some of the events in the life of Daniel (Oswald) Rufeisen. That life is certainly a fascinating one, filled with narrow escapes and stunning reversals. Born into a Polish Jewish family, Daniel Rufeisen was able to pass himself off as a Gentile when the Germans invaded. Escaping to Mir, in Belorussia, he found work translating between the Gestapo and the local police. When he overheard plans for a mass killing, he helped 300 Jews flee the Mir ghetto. In the wake of this “treason,” Rufeisen hid in a convent, where he converted to Catholicism.

After the war, he was eventually able to immigrate to Israel, where he sought admittance as a Jew under the Law of Return. In one of the most famous cases that has ever come before the Israeli Supreme Court, the judges decided that his conversion had obviated his status as a Jew under Israeli law, even if Jewish law held otherwise. Rufeisen nevertheless remained in Israel and eventually became a citizen through the ordinary naturalization process. He lived as a monk and founded a “Jewish Christian” church. It is on this later, calmer portion of his life that Ulitskaya’s novel focuses.

Daniel Stein, the fictional counterpart to Daniel Rufeisen, hires an assistant named Hilda; together, they build his church, and then rebuild it after a break-in. He has theological debates with church leaders—for example, he disagrees with the idea of the Immaculate Conception—and his fellow monks file complaints about him, but his small community endures. Until the end of his life, Daniel counsels his parishioners, and officiates funerals, baptisms, and the occasional conversion.

A novel in documents, Daniel Stein includes five sections of letters, diary entries, newspaper articles, telegrams, tourist brochures, sermon and interview transcripts, tutorial notes, and KGB files. Ulitskaya, herself a Jewish-born convert to Christianity, appears as a character in a series of letters describing her intentions, the process of writing the novel, and her religious and philosophical views. To summarize: Ulitskaya is tired of ideologies, believing that good acts are more important than dogma, but follows the Christian faith. She is tired of “The Jewish Question” to the point of nausea; after all, “God has laughed at his chosen people far more than at any of the others!” Interestingly, she is also tired of judgments, which she believes are a product of the Jewish tradition.

The bulk of the novel depicts various characters’ impressions of Stein, but the picture that emerges is less than—or, more accurately, more than—human. A Catholic nun calls him a saint. Ulitskaya compares him to Jesus. Even his own brother is given to observations such as, “He never did evil to anyone, only good.”

Usually, when Daniel speaks for himself, he is providing explanations, either for his religious choices, or for his views, which are quite similar to those in Ulitskaya’s letters. Oddly, for a book containing so many theological discussions, his conversion is dispensed with in a few paragraphs, culminating in this one, during an address to schoolchildren:

I saw that Jesus really was the Messiah, and that his death and resurrection were the answer to my questions. The events in the Gospel had happened in my ancient land, to Jesus the Jew, and the problems dealt with in the Gospel were so important to me precisely because they were Jewish problems, associated with the land for which I was so homesick . . . I identified that with the cross which my people bears and with all I had seen and experienced. This understanding of suffering is also to be found in the Jewish religion.

Ulitskaya’s Stein seems to be making a case rather than relating a memory, and despite the many reasons he provides, his conversion seems under-motivated. In The Varieties of Religious Experience, William James described conversions that were highly emotional and never fully explicable—not lists of reasons, but poems. Perhaps the comparison is unfair. In any case, Daniel Stein’s faith—the narrative motor and apparent subject of Ulitskaya’s novel—remains curiously bloodless and abstract.

Ulitskaya has said that although the life circumstances of Rufeisen and Stein are “almost identical,” the novel takes a literary, rather than strictly documentary, approach. One difference between the historical Rufeisen and the fictional Stein is in their dealings with collaborators. After the war, Daniel Rufeisen helped identify Nazi collaborators in Mir, and testified against them. He was an especially important witness in the case of the local police chief, Szymon Serafinowicz. The fictional Stein doesn’t testify.

I do not question Ulitskaya’s right to artistic license, but I do wonder why she made this particular choice. Is it possible that a Stein who sought judgments against war criminals would have conflicted too much with the author’s belief in the harmfulness of judgments?

Ulitskaya has the character Hilda (based on a real-life woman whom Ulitskaya calls “one of heaven’s angels”) say, “this simple division of people into Fascists and Jews, murderers and victims, evil and good is just too straightforward.” The novel attempts to complicate these judgments by describing the decent acts of war criminals. Thus, Stein expresses gratitude to the “perfectly decent” Nazi Major who organized the killings of Jews, but was always kind to Stein himself. Needless to say, individual instances of decency do not expiate mass murder—and, as the saying goes, every anti-Semite has his own pet Jew.

When she is not theorizing, Ulitskaya can be a sly and exact observer. As is clear from her earlier novel, The Funeral Party, no one writes complex female characters better than she does. In the present novel, the elderly Jewish ex-partisan Rita Kowacz is initially fascinating (if her abiding love of Communism, even after years in the Gulag, is difficult to swallow, it is not out of the range of human possibilities). Rita comes alive through the ornery vitality of her letters, which manage to be simultaneously brusque and manipulative. She writes to a former boyfriend:

I’m in the same almshouse just in case you feel a sudden urge to write although what is there for us to write to each other about? When you were in Israel in 1971 you didn’t even bother to let me know let alone come to take a look at me although of course there’s not much to look at.

Equally convincing is the mutually aggravating messiness of her relationship with her daughter Ewa, a much-married shopaholic who writes of a vacation, “When I think that instead of taking this magical trip I ought really to be sitting with my mother in Haifa and listening to her cursing, I feel a little ashamed, but, I have to admit, not regretful.”

Then, Rita converts to Christianity, and begins to write things like, ” . . . the love of Jesus

binds people to each other with a special love.” In death, her beatification is complete. Ewa writes:

My mother looked beautiful. At the end of her life she had earned that! The tense, suspicious expression so typical of her all through her life had changed to one of serenity and profound contentment . . . I was completely reconciled with her.

Rita’s conversion to Christianity brings her beauty, peace, and reconciliation with her daughter. The cantankerous and convincing Rita of earlier pages disappears completely, replaced with an angel. As for Ewa, she rediscovers Catholicism. It is, perhaps, an irony that the Ulitskaya of the letters that appear in this novel is such a staunch opponent of ideology, and yet has written a novel in which characters are subsumed by it.

After the novel’s first, and most engaging, section, the sermonizing and lecturing begins in earnest, and often takes the form of actual sermons and lectures. Even the most personal communications take on a proselytizing quality. Here’s an excerpt from a letter from a wife to a husband:

I wanted to tell you, dear Ethan, that I have always slightly envied Jews having such a closeknit community and such strong family support—not including your family, of course—but this time I have found there is the same family feeling among Christians, and when we are all together we are like brothers and sisters.

The characters in this novel not infrequently make discoveries about the superior appeal of Christianity, and when they do, they share them in similarly sugared tones.

I must admit that I am curious about what might have led to the bestowal of the Russian National Literary Prize on this particular work by Ulitskaya, who has published many other, and, in my opinion, better novels. At its core, Daniel Stein is a novel about the dissolution of distinctions—between Christian and Jews, between murderers and victims. In recent years, anti-Semitism has made its reappearance in Russian intellectual circles, and the idea that Jews might finally melt into the mainstream, as Tsar Nicholas I and the Bolsheviks intended, may be a source of hope to some Russians, as well as to some Jews who have tired of being targets. (Of course, these hopes aren’t unique to Russia; midway through this novel, a heroic Jewish doctor approvingly cites a set of assimilationist laws in the Austro-Hungarian Empire.) It may also be that, in a place where so many ordinary citizens participated in state crimes, it can be comforting to believe that kind people like Daniel Stein, and kind Gods like Daniel Stein’s God, would forgive even the worst murderers if they also, sometimes, behaved decently.

Although Daniel Stein, Interpreter takes place almost entirely in Israel, it is difficult to imagine a novel that sounds less like the Israel with which I am familiar, where all types of people, and many people who defy categorization, embrace, shout, argue, boss each other around, joke, and complain. Ulitskaya writes of Israel in her fifth letter, “It is difficult to live there. The stew is too thick, the air too solid, passions too heated. There is too much pathos and shouting.”

This book has little pathos, shouting, stew, or air. For all its multi-textuality, it makes the same points, over and over again, like a lone church bell tolling. 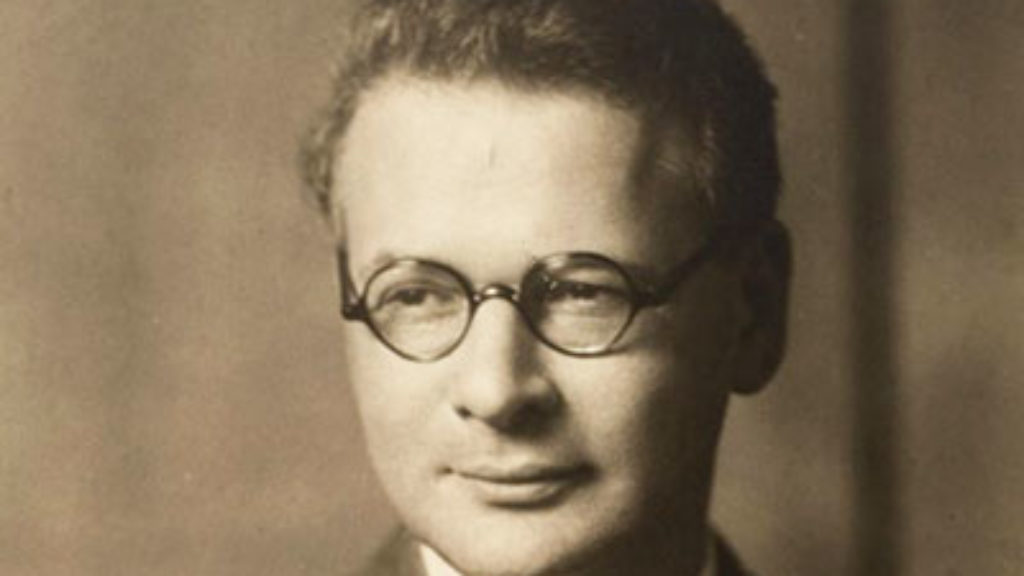 “Who was or is Robert Zimmerman, called Bob Dylan?” Is he a Jew?