Proclaim Liberty Throughout the Land: The Hebrew Bible in the United States, A Sourcebook

It is hard to imagine what the United States might have looked like without the influence of the Hebrew Bible, but there is little point in trying to envision such an extreme counterfactual. Beginning in the 17th century with the migration of English Puritans to New England, biblical narratives and imagery have played a surprisingly large, even outsized, role in the formation of the American national consciousness and institutions. The Hebrew Bible’s unique cosmology, its moral teachings, and its prophetic admonitions were brilliant threads woven into the rich sermons and intense devotional texts produced by these zealous Christian settlers. Its account of the covenant as the ultimate form of binding community in ancient Israel—the community of God and man, as well as that of man and man—would serve as a blueprint for the theological and political structures the New England settlers would go on to create.

But as this valuable new anthology of American political, legal, and ecclesiastical texts from the first half of American history shows vividly, the influence went even deeper than that. As scholars have long understood, but many Americans have forgotten, Puritans identified themselves with ancient Israel. So much so that it would not be an overstatement to say that the deep structure provided by the great stories of the Jewish people became the template according to which they sought and found the meaning of their own history and lives.

Most importantly, the book of Exodus seemed to them to trace out the same path that they too were commanded to follow and whose ultimate destination was the one for which they too yearned. They had been delivered out of the moral bondage of a decadent land and directed into a new Zion. Like the ancient Israelites, they came to regard themselves as God’s instrument, his vehicle for the redemption and restoration for the whole world.

To be sure, the Hebrew scriptures were read by Puritans as the Christian Old Testament, but it is surprising how robustly Hebraic their readings of the Hebrew Bible were. John Winthrop, in his famous “Model of Christian Charity,” the sermon he delivered before the landing that created the Massachusetts Bay Colony, quoted from Jesus’s Sermon on the Mount when he entertained the thought that this colony “plantation” could be like “a city upon a hill.” When he pleaded that the settlers think of themselves as “knit together in this work as one man,” he was recalling the Pauline understanding of the church as the body of Christ.

But as the editors show, Winthrop ends his speech not with a grand Christological flourish but with “the counsel of Micah,” followed by the claim that “the God of Israel is among us,” followed by an invocation of Moses’ last words in Deuteronomy 30″: I command thee this day to love the Lord thy God, to walk in his ways, and to keep his commandments and his statutes and his judgments, that thou mayest live and multiply: and the Lord thy God shall bless thee in the land whither thou goest to possess it.” As Robert Alter has rightly observed, the Puritan identification with Israel meant “that it was the Old Testament far more than the New that was the biblical text of reference.”

Puritanism would have its day, but it had already begun to weaken by the end of the 17th century and had faded away considerably by the time of the American Revolution. But amazingly, the Hebraic template upon which Puritanism rested became an enduring feature of American life. Indeed, the title that editors Stuart Halpern, Matthew Holbreich, Jonathan Silver, and Meir Soloveichik have chosen for their volume, Proclaim Liberty Throughout the Land is the phrase famously inscribed on the Liberty Bell, which invokes the biblical manumission of all slaves in the Jubilee year (Leviticus 25:10). (Rabbi Soloveichik is, incidentally, the spiritual leader of Congregation Shearith Israel, a New York synagogue that was already more than a century old when America’s liberty was first proclaimed.)

The American Revolution was seen by many as an Exodus-like liberation from bondage, a fact symbolized by the advocacy of both Benjamin Franklin and Thomas Jefferson for a theme taken from Exodus for the national seal. And, of course, the Civil War was not only a second, bloody founding but also a second exodus.

The antebellum debates over slavery hinged upon what was the proper biblical judgment about the moral status of that institution. Herman Melville’s Moby-Dick vividly captures the particular tonality and diction of the Hebrew scriptures in the King James translation. The spirituality of the enslaved African American men and women of the South was infused with a longing for exodus as profound and biblically grounded as that of the Puritans. This can be heard in songs like “Go Down Moses,” though, for the slaves, America was as much Egypt as the Promised Land. The oratory of Abraham Lincoln, particularly his sublime second inaugural address, which serves as the concluding selection in this collection, is full of Hebraic elements, emphasizing unquestioning obedience to the inexorable and often inscrutable will of God.

Does this Hebraic element in the texture of American life continue even unto the present, seemingly secular day? That is hard to say. The anthology closes with the end of the American Civil War, and the editors hint in their postscript that one might have to look very hard to find the same pattern persisting through the 19th century and on into the 20th. They do, however, offer a postscript on the relationship of the Hebrew Bible to the post–World War II civil rights movement, and particularly to the rhetoric of the Reverend Martin Luther King Jr. King’s speeches were not only deeply imbued with the language of the biblical prophets; they were effective precisely because they spoke in the most ancient language of American moral legitimation.

Yet King lived in a time—and in a region, the American South—in which biblical knowledge was still strong. It is not so today, hence the great value of Proclaim Liberty Throughout the Land. Will the moral sentiments and characteristic habits of the heart that have been sustained in America in the past continue to flourish without the biblical account of man to support and uphold them?

Rabbi Sacks, who is in the end an optimistic thinker, sees a process of internecine violence leading to religious moderation happening within Islam now.

How did a high-school dropout named Leon Uris pen one of the most influential novels of all time? 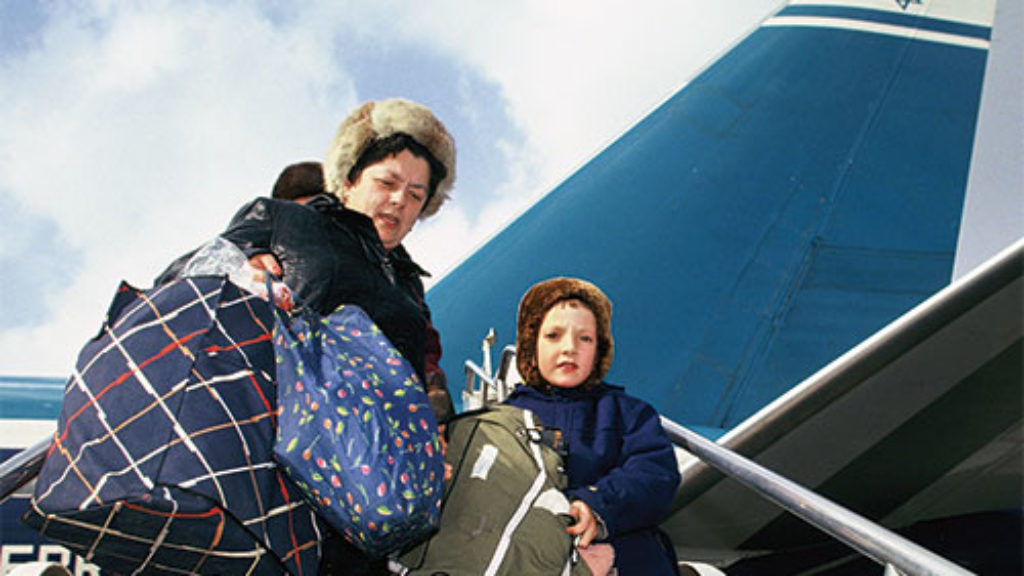