Here I Am: A Novel

When it comes to death, the fact that it is inevitable does not make it any less shocking. Something similar, it seems, can be said for divorce, which, while clearly not inevitable, is often surprising, even to the couple who saw it coming for so long, who felt that it was unavoidable, and who ultimately chose to dissolve the marriage. Jonathan Safran Foer’s new novel, Here I Am, convincingly depicts just such a marriage. Slow to unravel, its dissolution nevertheless comes as a shock to both parties, and in particular seems to catch the unfaithful partner, Jacob, by surprise. In the aftermath of his wife Julia’s discovery of a secret cell phone which contains illicit, sexually explicit text messages between Jacob and a woman who is also named Julia, Jacob reflects on 16 years of marriage, on “So many days in their shared life. So many experiences,” and wonders how “all the presence summed up to disappearance,” how they had “managed to spend the previous sixteen years unlearning each other.”

The story of Jacob and Julia’s failed marriage is one of several narrative strands, each about the unraveling of something big: the State of Israel, a child’s virtual identity, a patriarch’s hold on his progeny. Spanning four generations and stretching across nearly 600 pages, with a name drawn from Genesis, the book aims to be epic.

The novel’s Middle Eastern apocalypse (the confluence of a massive earthquake and an all-out war) notwithstanding, the story of Jacob and Julia’s breakup is by far the most compelling plotline of the novel, and one can’t help but wonder whether it draws its force, at least in part, from the author’s own lived experience. Of course, such speculation, while inevitable, given how widely Foer and novelist Nicole Krauss’s marriage and divorce were covered, is ultimately beside the point. What is relevant is the fact that this is Foer’s first novel in more than a decade and that it comes as the author, whose first novel was released to great acclaim when he was only 25, is nearing 40. For those less enthused by Foer’s weakness for literary gimmickry, there was reason to be hopeful that this new novel would deliver something more substantial, more satisfying. At times, it does. Take, for instance, Jacob’s poignant recognition that “The pretense of a loving relationship had made the absence of a loving relationship bearable.” Alas, such astute observations are few and far between in this novel and are all but drowned out by the din of competing storylines. Even the divorce story is often trite and sentimental. Reflecting on the seemingly sudden collapse of his marriage, Jacob soliloquizes:

When the narrator invites us into Jacob’s soon-to-be bar mitzvah son’s mind, the results are no better. Here he is trying to make sense of a Holocaust documentary:

It’s not the lack of any definitive answer that’s so frustrating here, but the fact that the questions themselves feel both tired and implausible for an adolescent.

In a chapter titled “Here Come the Israelis!” we encounter Tamir, Jacob’s first cousin, on his arrival to the United States. Pulling three suitcases and holding two duty-free shopping bags that are full to bursting, here is a man of boundless energy whose mere presence is overwhelming: “his sharp jaw, his overhanging brow, the hair on his knuckles and head . . . the size of his feet, his perfect eyesight, his ability to grow a full beard while a bagel toasted.” Introducing his son Barak, Tamir says: “He’s a man, no?” and our narrator, presumably speaking for Jacob, assures us that, indeed;

Man was exactly the right word. He was towering, cut from Jerusalem stone and generously garnished with fur—the kind of pecs you could bounce pocket change off, if there hadn’t been a forest of thrice-curled hair so dense that all that entered it was deposited for good.

This, precisely, is the kind of riff one would have hoped to see Foer outgrow.

Between bites of sweet-and-sour pork in an airport restaurant, Tamir pushes back against Jacob’s rejection of Israel as the Jewish homeland. “If you mean ancestral homeland,” says Jacob, that would be Galicia, and before that, Africa. As he puts it: “It’s arbitrary. We could go back to the trees, or the ocean, if we wanted. Some go back to Eden. You pick Israel. I pick Galicia.” Incredulous, Tamir asks: “You feel Galician?”  Unfazed, Jacob responds (but not before his father, Irv, interjects with “I feel Jewish”), “I feel American.” Tamir is unconvinced: “The truth . . .  is you feel Julia’s titties.” In an effort to redirect the conversation, Jacob’s son Max asks about the cleanliness of the bathroom, to which Tamir responds, “It’s a bathroom.” What follows is a tit-for-tat that falls this side of funny:

“I’ll just wait until we get home.”

“You think my prostate speaks to you?”

When Max doesn’t budge, Jacob volunteers to go first: “I’ll go,” he says, “You know why? Because I love my prostate.”

What ensues is yet another strained attempt at humor when Jacob finds himself urinating beside none other than Steven Spielberg. When he finally manages to “cop a look at Spielberg’s penis,” Jacob is shocked to see that it is uncircumcised. Back at the table, Jacob reveals what he’s seen. His father, Irv, a stereotypical American Jew of a certain age with unquestioned loyalties to Spielberg, circumcision, and, of course, Israel, refuses to accept what he’s been told. Whatever else one thinks of them, Foer’s previous two novels, Everything Is Illuminated and Extremely Loud and Incredibly Close, were often funny. That the same cannot be said for Here I Am is troubling news, especially given how hard and insistently it tries.

Foer seems to be taking his cue from the Philip Roth of Portnoy’s Complaint, who spoke to, and arguably for, an earlier generation of American-Jewish men. The ways in which Foer departs from Roth’s model are too many to enumerate, but perhaps most unsettling is the fact that he confuses crassness for humor. The result is a book rife with Roth-like vulgarities, minus the wit. In the book’s opening pages, Sam and a group of his Hebrew school buddies talk about sex as they watch their classmate Margot Wasserman at the drinking fountain. “Goddamn it, I want to be that drinking fountain,” says one boy, to which another responds, “I want to be the missing part of those crotchless undies.” And so it goes.

The cringeworthy text messages that ultimately break apart the marriage are not fit to print, but suffice it to say there is nothing remotely funny about them. When Julia demands an explanation, Jacob insists that “they were only texts” and that “they didn’t mean anything.” Of course, this is scant solace for Julia who retorts, with what may be this long novel’s sharpest sentence: “I feel sorry for someone who is capable of saying so much and meaning nothing.”

In the widely discussed and rightly derided email exchange between Foer and the actress and film director Natalie Portman that was published in the New York Times Style Magazine this July, Foer quotes an email Portman sent him in 2002, in which she praised the conclusion of Everything Is Illuminated, which ends mid-sentence. Portman was particularly impressed with how Foer explained his decision to leave the novel open-ended as an invitation to the reader to fill in what is missing. The incomplete closing line was, by the 21st century, a gimmick, to be sure, but the intuition behind it was a worthy one, and one wishes Foer had kept it in mind when composing his latest novel. Instead, he has produced a novel whose unraveling is inevitable but not at all surprising. 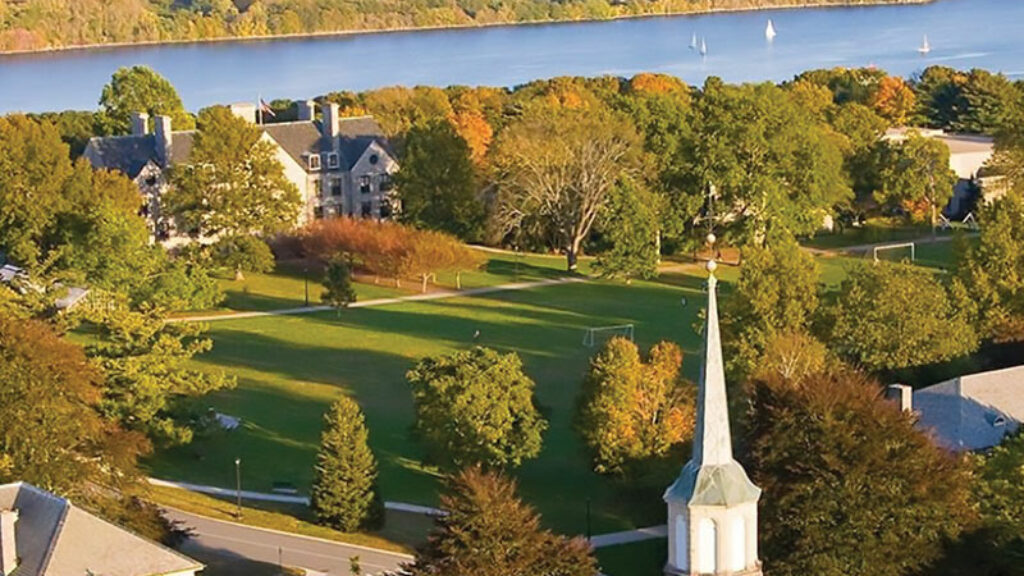 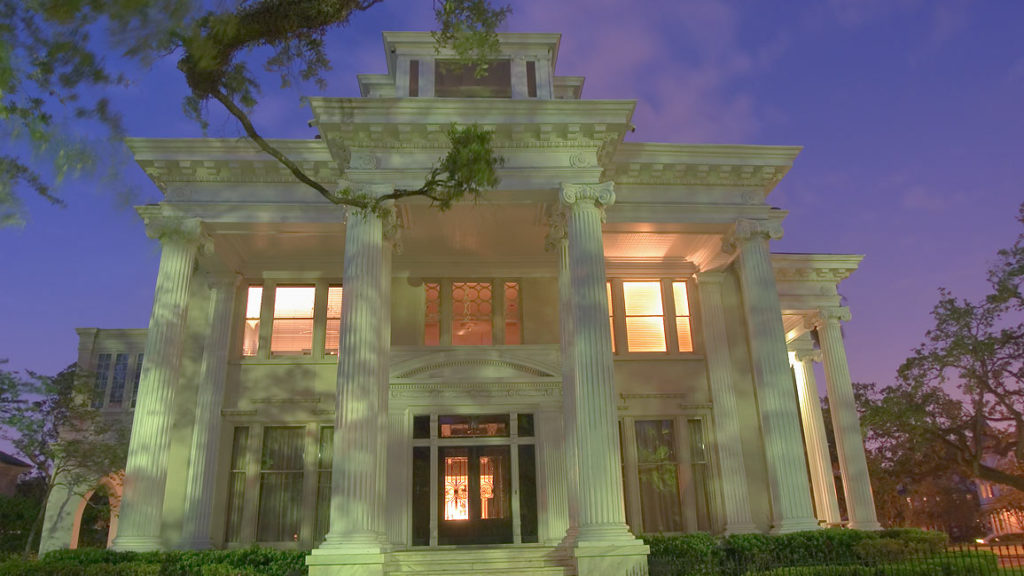 A rags-to-riches tale with a machete-swinging Jewish hero.

Gordis replies to his critics and outlines his positive vision for the future. His proposal may surprise you.

The Future Is Now

Response #3: Edieal Pinker argues from statistics that American Jewry is at an inflection point containing the seeds of a revival.