In “In Giorgio Bassani’s Memory Garden” (Spring 2019) Diane Cole fails to mention Bassani’s long-lasting anger with the film adaptation of his novel The Garden of the Finzi-Continis. Nowhere does the film’s director, Vittorio De Sica, underscore that Italian Jews overwhelmingly supported fascism, Bassani’s major point, thereby whitewashing history. Had he done so, he would have been forced to confront the greater issue—majority support for Mussolini and his party by the populace.

Thank you for noting Giorgio Bassani’s strong objections to the 1970 film version of The Garden of the Finzi-Continis directed by Vittorio De Sica. I did not discuss the film in my essay because my focus was the book itself, my purpose to engage readers directly with Bassani’s vivid realization of the Jewish community of Ferrara and its downfall under fascist rule.

As for the film, it did indeed take many liberties in tone and plot with the novel on which it was based, and Bassani detailed the reasons for his anger and frustration in the essay “Il giardino tradito” (“The Betrayed Garden”). Despite its discrepancies from Bassani’s text and vision, the movie did bring to the attention of a broad international audience the history of the Holocaust in Italy and continues to do so.

Allan Arkush’s review (“Seventy Years in the Desert,” Spring 2019) of Pnina Motzafi-Haller’s recent book reminded me of a conversation I had with my Yemenite Israeli wife right before our wedding. I asked her if she might want to move to one of the development towns in the Negev. I was attracted by the low housing costs, the new Religious Zionist communities being founded there, and the supposed adventure of it all. My future wife—bless her soul—looked at me with the same kind of expression one gives an errant child who demands ice cream for dinner. “No one wants to move to the Negev,” she said.

Motzafi-Haller’s claim that “religious strengthening” (hit’chazkut) can function as a way for Mizrahi women in Israel’s periphery to “transform, or at least better” their lives is compelling. In my own predominantly Mizrahi and Yemenite neighborhood in Petah Tikva, for example, one sees many mit’chazkim and mit’chazkot who coalesce around our local “holy man” (my neighbor) for brief words of wisdom, comfort, and Torah. I never thought of this phenomenon as a kind of cultural capital that individuals might be able to mobilize to transcend the difficult material circumstances of life, as Motzafi-Haller apparently does. At the same time this perspective seems so anthropological to be almost cliché. Since the beginnings of the discipline in the 19th century, social scientists have sought to reduce religious passions to other social, psychological, or political needs. Durkheim, for example, reduced religion to social cohesion. Freud equated religious desires to forms of mental pathology. Marx famously treated religion as just a thin veneer for class conflict. Even the interpretive anthropologist Clifford Geertz limited religious experiences to modes of meaning making whose function was to aid individuals in finding solace in their suffering.

The social sciences (quite unsurprisingly) treat religion as a reflection of society and its problems. There is nothing inherently wrong with this approach, but it does perhaps miss the point for the multitudes of the faithful who find both mystery and majesty in their religious faith and practice. This just makes me wonder, is it not at all possible that the religious passions of (at least) some of these Mizrahi women are simply rooted in a pious desire for a genuine experience of the divine? Some anthropological food for thought.

Department of Sociology and Anthropology


Lucifer in the Details

I’d like to make a point not to refute but perhaps to complicate Michael Weingrad’s conclusion (“Harold Bloom: Anti-Inkling?,” Spring 2019) that Harold Bloom’s anxiety of influence in writing The Flight to Lucifer was not so much its explicit source, David Lindsay’s A Voyage to Arcturus, as C. S. Lewis’s Perelandra. This is because Lewis’s Perelandra was not just influenced by the form of Lindsay’s novel but contains its own anxious refutation of it. If, as Weingrad says, “The Flight to Lucifer is less of an homage to Lindsay than an anti-Perelandra,” then Perelandra itself is an anti-Arcturus.

In a letter to Ruth Pitter, Lewis calls Lindsay’s A Voyage to Arcturus the “father” of his novel Perelandra. He goes on to say it was from Lindsay he “first learned what other planets in fiction are really good for: for spiritual adventures.” But Perelandra takes more than an inspiration of intent from Arcturus; it effectively takes the end of Lindsay’s novel for its plot.

Toward the end of A Voyage to Arcturus, two characters (the “God” and “Devil” of Lindsay’s world) vie, through persuasion, for the main character’s soul. This takes place in a watery landscape, and the characters eventually climb onto a floating island of matted reeds and drift out to sea. Perelandra, of course, is mostly about two characters (mouthpieces for the “God” and “Devil” of Lewis’s universe) vying for the soul of a third character (the Mother), at first through persuasion, later fisticuffs, and is set on a world mostly made up of floating islands of matted reeds. There are many minor similarities of feel between the two novels, but perhaps the most marked echo is that both end with an abstract vision of the cosmic order (“green corpuscles” and “whirls of white light” in Arcturus, “corpuscles of momentary brightness” and “ribbons or serpents of light” in Perelandra), in both cases explained in musical terms. (In Lindsay’s discordant universe, it’s a clash of rhythms; in Lewis’s harmonious cosmos, it’s the Great Dance.)

Lewis’s agon with Lindsay is most apparent in the philosophy of his character of the Un-man/Weston. In A Voyage to Arcturus, the death of living souls feeds the “Devil,” Crystalman; in Perelandra, Weston’s view comes with the idea that the souls of the dead are “melted down into their Master, as a lead soldier slips down and loses his shape in the ladle held over the gas ring,” after which they are “one whom Satan has digested.” This, to me, sounds like Lewis’s version of Lindsay’s outlook. (Lewis was always careful to point out, whenever he praised Lindsay’s novel for its form, that its philosophy was, as he says in the letter to Ruth Pitter, on the “borderline of the diabolical.”)

Perhaps, in the light of this, Bloom’s agon with Lewis could be seen as a literary counterpunch—reclaiming Lindsay’s novel after Lewis’s rewriting of it. But I have to agree with Weingrad’s view of Bloom’s novel itself that, as literary counterpunches go, it lacked the necessary force.


Michael Weingrad has a slowly growing monopoly on learned and original treatments of contemporary Jewish fantasy. Nobody writing today has more interesting things to say about the very possibility—and limitations—of Jewish fantasy and science fiction, especially the way Jewish and Christian theological and cultural contexts respectively shape the forms and structures of this wildly popular genre. His most recent contribution is a case study of the failed fantasy of a heretical Jew, the Shakespearean scholar and critic, Harold Bloom, and the subterranean influence of his Christian foil, C. S. Lewis.

Weingrad, in a thoughtful meditation on the role of literary influences on these two, in many ways, polar opposite figures, importantly notes that both Lewis and Bloom had a shared and deeply held affinity for David Lindsay’s A Voyage to Arcturus but misses a critical distinction: Lewis largely limited his praise of Lindsay to the innovative and daring form of his fantasy, while Bloom was mesmerized by both the structure and the “Promethean and Nietzschean” motifs of this transgressive novel.

Lewis, despite his negative assessment of Lindsay’s actual philosophy, wrote in an essay titled “On Science Fiction” that “good stories,” like A Voyage to Arcturus, are “actual additions to life; they give, like certain rare dreams, sensations we never had before, and enlarge our conception of the range of possible experience.” Lewis’s ability to acknowledge the goodness, truth, and beauty in people and ideas that didn’t totally embody his own truth was a consistent feature of his intellectual life. In the climactic volume of the Space Trilogy, That Hideous Strength: A Modern Fairy-Tale for Grown-Ups, Lewis rather interestingly includes the skeptical Scotsman MacPhee in the mystical company of St. Anne’s. Students of Lewis are nearly one in identifying MacPhee with Lewis’s no-nonsense but clearly beloved tutor William Kirkpatrick, affectionately known by the Lewis brothers as the “Great Knock.” In his spiritual autobiography, Surprised by Joy, Lewis describes Kirkpatrick as a forthright and skeptical man, an atheist of the old-fashioned Thomas Huxley variety. Under Kirkpatrick’s powerful influence, Lewis “came near to being a purely logical entity,” who considered even the most casual remark as a “summons to disputation.” But Lewis’s biographers agree that the two and a half years that Lewis spent with Kirkpatrick were the most peaceful in his entire life. Perhaps as importantly, Lewis eventually learned to value the adversarial and logical style of a rival way of thinking to his theological and romantic truth.

For all of Bloom’s talk of Lewis’s intellectual rigidity (“C. S. Lewis was the most dogmatic and aggressive person I have ever met”), Lewis comes off as the more capacious and liberal thinker in at least this respect: He learned from figures with dramatically different worldviews than himself—and gratefully acknowledged his intellectual debts to them. Bloom has a lot to learn from Lewis, on both counts.

I am grateful to Rabbi Mark Gottlieb and Murray Ewing for their thoughtful responses to—and enlightening complications of—my essay and for directing my attention to C. S. Lewis’s revealing letter to Ruth Pitter on the subject of David Lindsay’s (in Lewis’s words) “disquieting but not-to-be-missed” novel. It is indeed striking, as both of these erudite readers indicate, how deeply Lewis was able to engage with even those writers he saw as inhabiting the “borderline of the diabolical”—and without falling into the weak romanticism of a Harold Bloom. 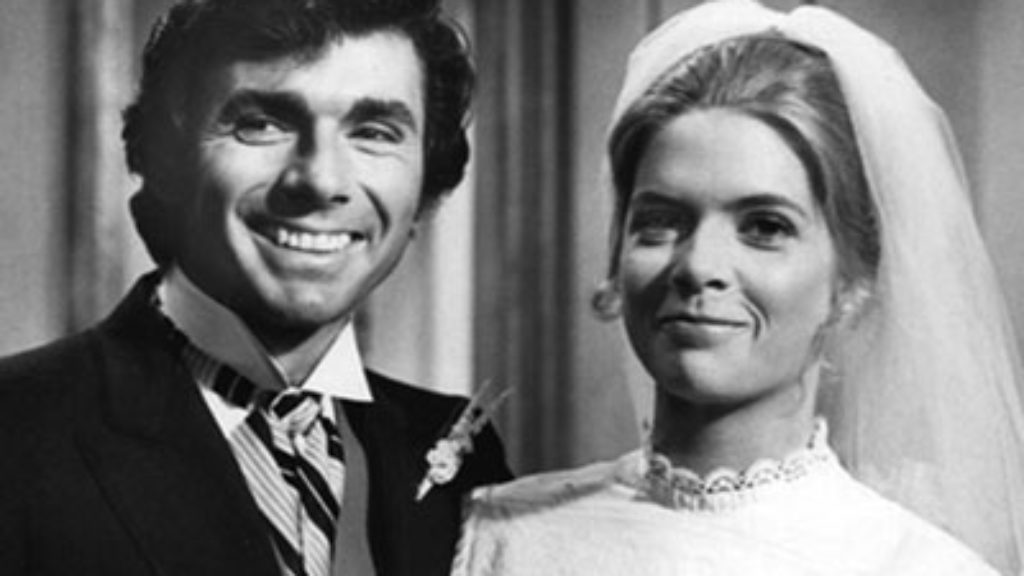 The Jewish American Paradox expresses Mnookin’s conviction that only a Judaism of choice, open to all who publicly declare their belonging, has any prospect of flourishing in American society.